Why did no one object to the "Pentagon mosque"?

Muslims have been praying inside the Pentagon since Sept. 11 but right-wingers have been strangely silent 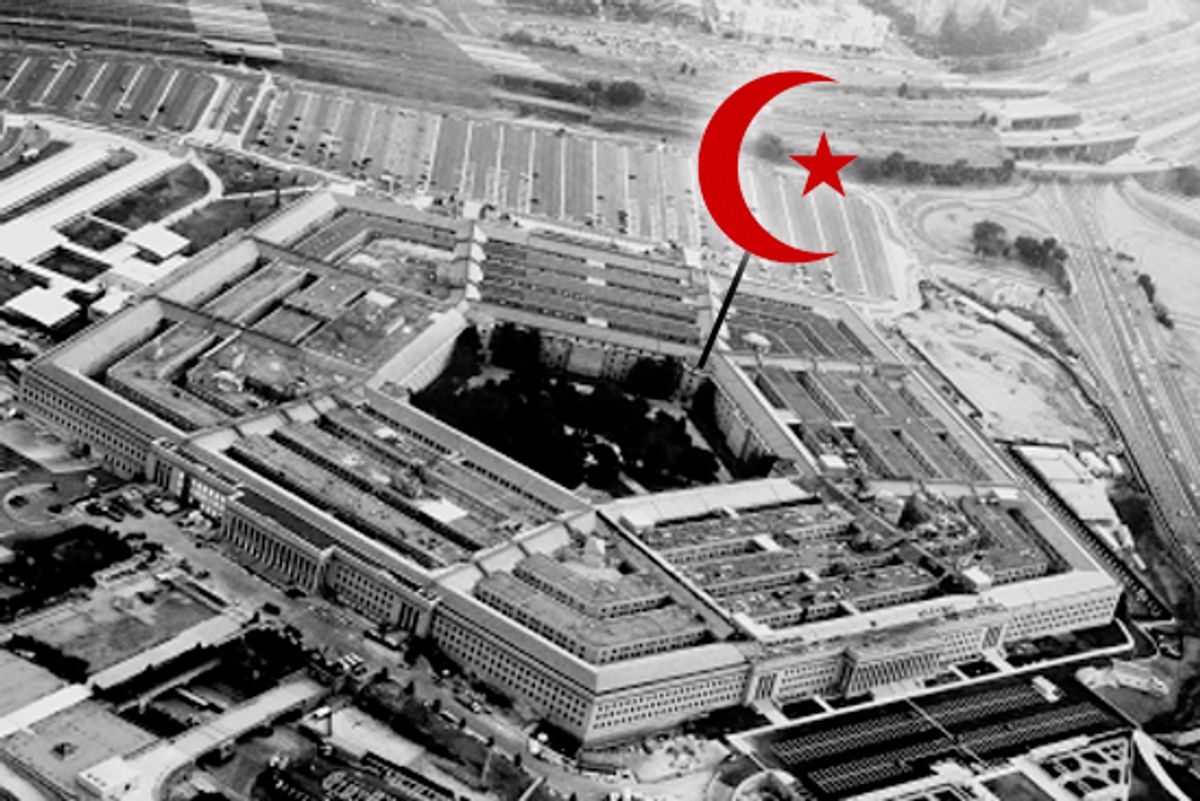 Navy imam Chaplain Abuhena M. Saifulislam lifted his voice to God as he called to prayer more than 100 Department of Defense employees Monday at a celebration of Ramadan at the Pentagon.

God is most great, sang the lieutenant commander and Islamic leader, in Arabic, as iftar — the end of the daily fast began.

The "ground zero mosque" story seems to be dying down, but nothing lays bare the absurdity of what we've just lived through quite so much as this Washington Times story, quoted above, from 2007.

Yes, Muslims have infiltrated the Pentagon for their nefarious, prayerful purposes -- daring to practice their religion inside the building where 184 people died on Sept. 11, 2001. They haven't even had the sensitivity to move two blocks, let alone a mile, away from that sacred site.

The "desecration" began shockingly soon after the attacks. Cox reported in October 2001:

Army Chaplain Abdul-Rasheed Muhammad, the first Muslim chaplain to serve in the military, read a verse from the Koran at the memorial service at the Pentagon on Thursday, exactly one month after the attack. Muhammad, who became a chaplain eight years ago and works at Walter Reed Medical Center in Washington, ministered to rescuers in front of the smoldering Pentagon after the attack.

Any guesses as to why no one has ever heard about Muslims praying at the Pentagon -- let alone cared? It's almost as if the entire "ground zero mosque" controversy was whipped up out of nothing by a right-wing tabloid and politicians in search of a wedge issue ...