We get icky clowns, lace body stockings, and slightly homoerotic contemporary a week before the big finale 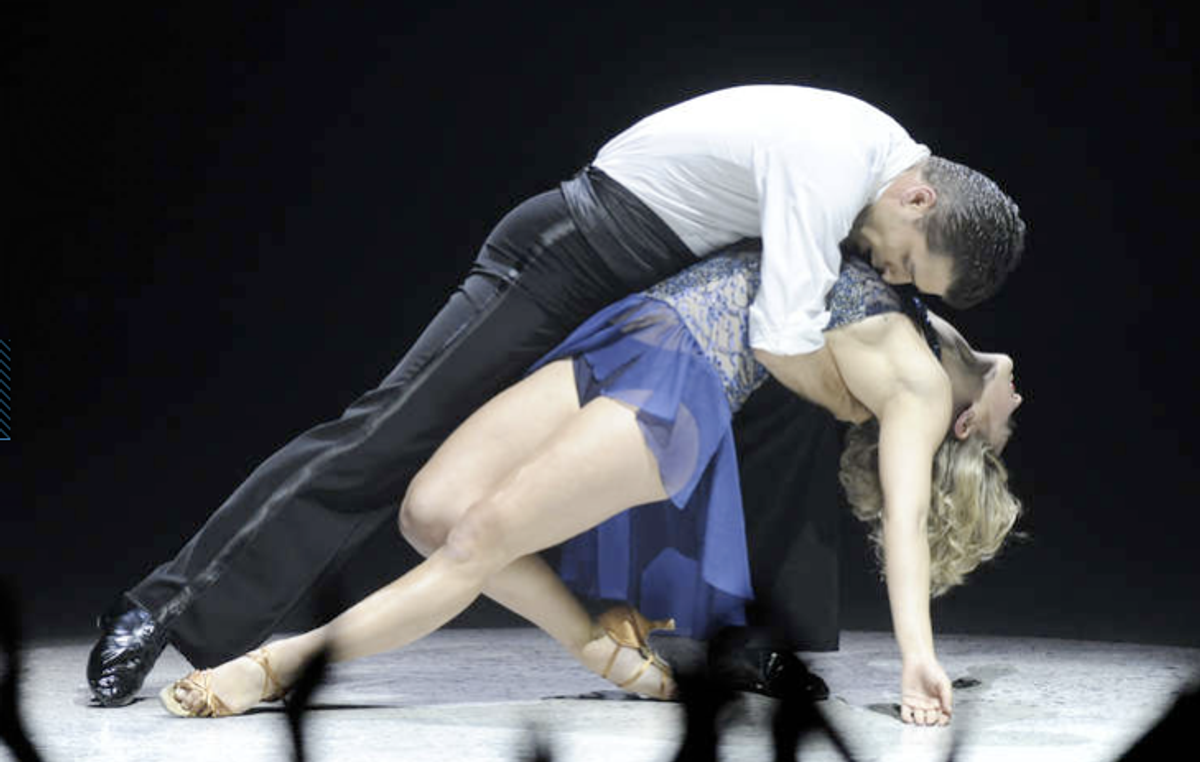 Pasha Kovalev and Lauren Froderman tango on "So You Think You Can Dance."
--

There was a lot to love about "So You Think You Can Dance" Wednesday night. Multiple memorable routines, some incredibly concise observations from the judges, and a little glimpse into each of the final four dancers' lives that gave us new information and drew us a little bit closer to them. Of course, one of these sweet kids is out of here this week, so really I'm just a sucker and probably won't be happy with the results Thursday night.

I really want Robert to win, and I don't think he will. His warmth and authenticity is evident in everything he does. All of the final dancers are pleasant and earnest and seemingly kind in their recorded packages and rehearsal footage, but Robert has been able to infuse all of his performances with the same commitment and clarity he brings to the rest of his existence. Hyperbolic? Yup. And I don't care. Lauren, too, has been fully engaged in everything she's done, except for the first couple of weeks when she hadn't quite figured out how to dance like a grown-up. I have this little voice in my head, however, that even though Robert and Lauren are both better dancers (more fluid, more versatile, more consistent) than Adechike, one of them may miss out on next week's finale and the chance to be "America's favorite dancer." Kent, even before his rapturous contemporary, is the clear favorite and in no danger whatsoever, unless Taylor Lautner simultaneously appears, naked, in hundreds of thousands of teen girls' houses to distract them during the voting period.

So let's look at the great performances:

Lauren and Pasha's tango. The control! The locked-in physical connection! It made me want to fan myself. I wrote down (before Mia said it, I swear) "she's a woman." And she now dances like one, even at 18 years old. Then they put her in a lace body stocking for a black widow jazz routine with Ade, at which point I wrote "hooker superhero." Luckily the movement in that piece wasn't skanky, or it could've devolved right quick.

Also great: Robert and Dominic's scary clown act. Tabitha and Napoleon did, as Mia said, create "hip-hop theater." It was engaging on many more levels than a simple competiton piece should be. The musicality (the neck-snapping motion on exactly the right beat was insane) and the staging and styling were perfectly synthesized with the utter commitment the dancers brought. Creepy and fantastic. And it was, I believe, Robert's first hip-hop, although they've saddled him with four ballroom numbers. Yeesh, it's like the producers are out to get my sweet baboo.

The most amazing of the night: Kent's contemporary show-stopper with Neil. Yes, this could've just been a story about getting stabbed in the back by your best friend. I think it's definitely easier for some folks to accept two men performing an intimate dance if it's couched in hetero-terminology. The beauty of human emotions, though, is that they boil down to only a few primal reactions (love, hate, hungry,) and can be expressed by any number of narratives. Being betrayed feels much the same if it's your best friend or your boyfriend because it's all rooted in anger and pain, so Kyle and Neil were able to embody both possibilities with one exquisite Travis Wall routine. Nigel called it "chilling," Mia cried for the first time in a while, and I was floored. Good thing, because Kyle's disco was so Mickey Mouse Club I almost choked on the cheese.

Bulletproof Adechike will likely stay put, even though his performances were the worst of the lot. At this point in the competition the dancers need to be more than sufficient. They need to have moved beyond comments like "you have so much potential." They need to metaphorically smear their viscera all over the dance floor, every single time they step on it. Adechike had two chances to open himself up, explode with joy and transform. Both the African jazz piece and the fascinating stylistic mash-up from Desmond Richardson and Dwight Rohden should've felt like supernovas -- I wanted to feel the life and pulse and heart of the dancer blasting my face off with forceful joy.

Adechike and Kathryn still have zero chemistry, ditto for him and All Star Lauren, and his stiffness was obvious and inexplicable. He's been told the exact same thing ("loosen up") week after week and has been incapable of doing it. And the purple outfit against Kathryn's red dress was terrifying, even if it wasn't his fault.

I learn something new every day: Cat Deeley would look great with shorter hair. The contestants have taken on that late-season leanness that all the "SYTYCD" dancers do -- like their baby fat evaporates. The All Stars better be getting paid up the yin yang, because they're getting beat to hell almost as badly as the contestants and have yet to disappoint in any way. See: Kent dropping Courtney on her head, face and back over and over during disco rehearsal. And Tyce Diorio: every cartoon villain on Earth called -- they want their jaw hair back.

Let's revisit the Robert hip-hop number, and keep an ear (and eye) out for the neck-cracking, if you missed it the first time: