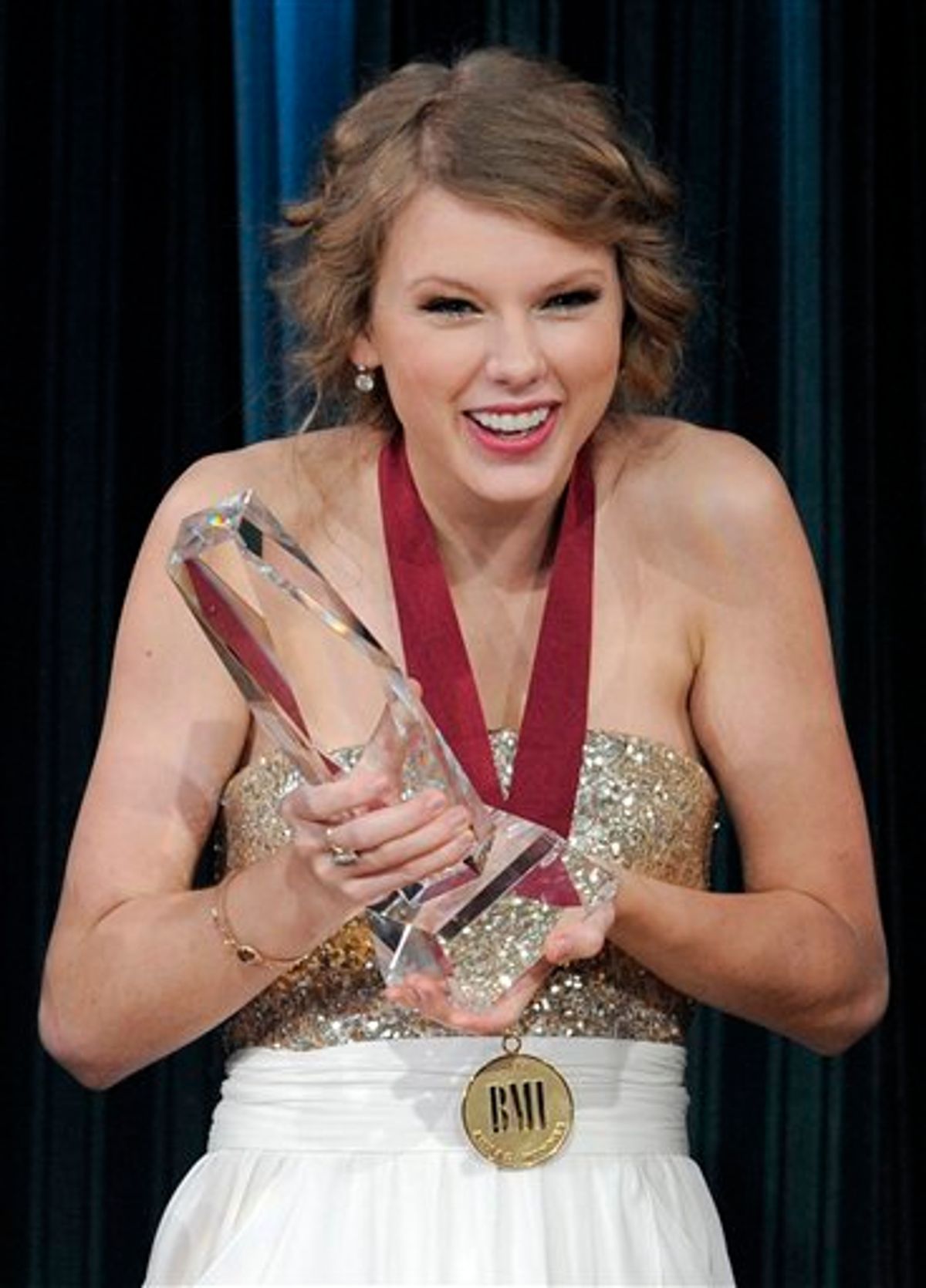 Country/pop star Taylor Swift's latest single, "Mine," from her upcoming album, "Speak Now," hit iTunes and radio stations days ahead of schedule. Although originally planned for release on Aug. 16, some wily Internet pirates leaked a low-quality version of the track yesterday. Big Machine Records, Swift's record label, responded by rushing the single (swiftly, perhaps?) to market. And Swift apparently has the last laugh: The track reached No. 1 on the digital chart in a matter of hours.

Swift's official website says the label wanted fans to hear the single as she intended. All Headline News provides more info behind the decision. Meanwhile, Swift reveals to MTV News what her new single is about -- fighting her "pattern of running away" when relationships get serious.