Whoopi Goldberg dukes it out with "Real Housewives'" Michaele Salahi 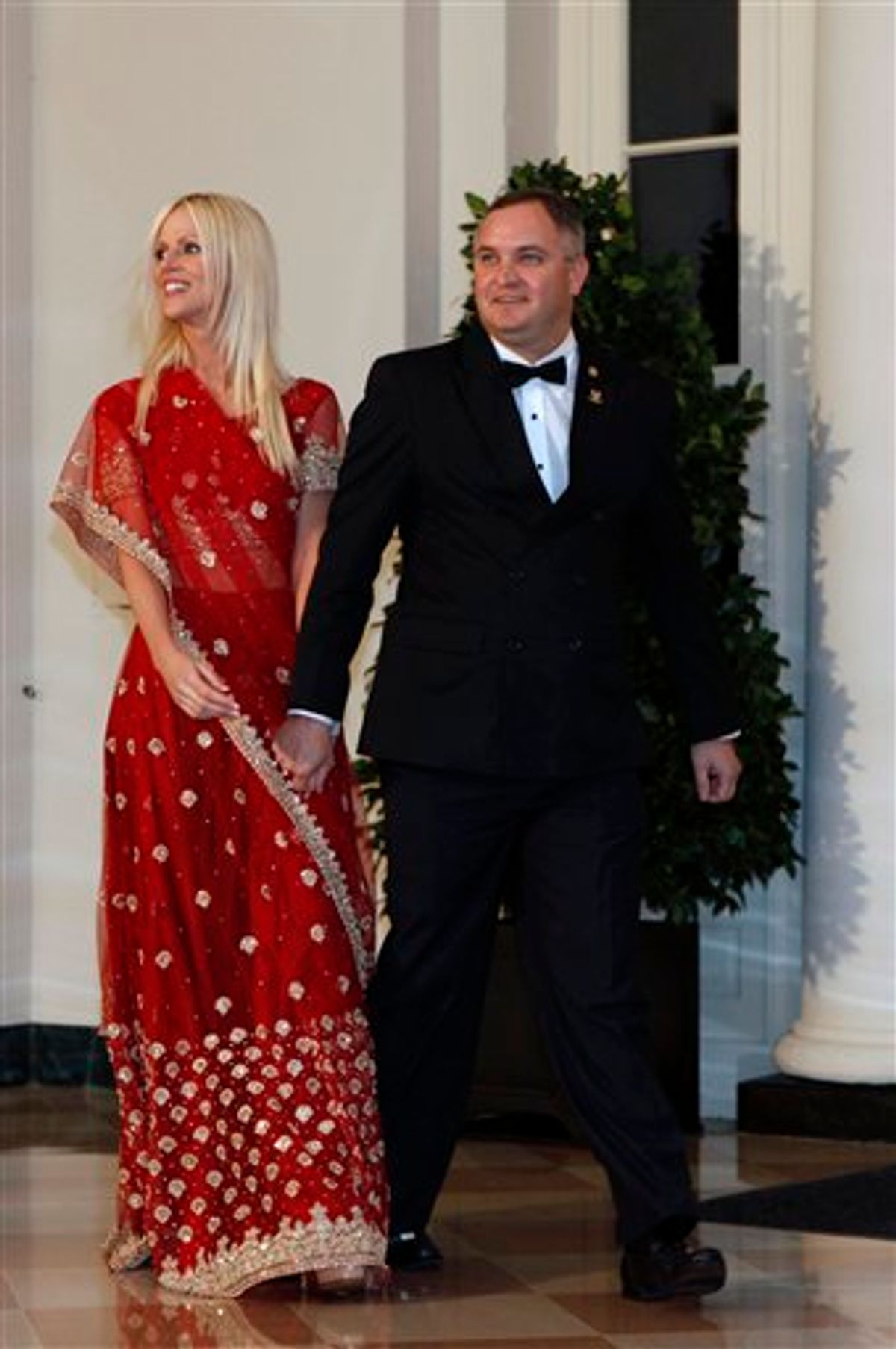 FILE - In this Tuesday, Nov. 24, 2009 file photo, Michaele and Tareq Salahi, right, arrive at a State Dinner at the White House in Washington. Salahi tells the AP in an interview that her new show, "The Real Housewives of D.C.," will show that she and her husband, Tareq, are "not just two people who went to a dinner." (AP Photo/Gerald Herbert, file) (AP)
--

After the brouhaha over her "Mel Gibson isn't a racist" comments on "The View," Whoopi Goldberg and her mouth seem to be in hot water again. Michaele Salahi, former White House party crasher and new member of Bravo's "Real Housewives of D.C." cast, appeared on "The View" Wednesday, after which she took to the media to accuse Goldberg of verbally abusing her and making her cry. There was some sort of misunderstanding off camera with Whoopi prompting Salahi to "get back to the White House," a possible arm-graze that was made into an assault and a whole bunch of bleating and she said-she said.

The Daily Beast has a decent breakdown of the ins and outs of the appearance and the fallout. The Los Angeles Times writes about Whoopi's reaction to Salahi going on the "Today" show this morning to discuss her trauma, and the Associated Press has a quote from Salahi's lawyer asserting that her client's "View" appearance was, uh, "degrading." More degrading than pimping herself on a Bravo show, the lawyer doesn't say. For what it's worth, the D.C. press isn't charmed by Salahi and her "Real Housewives" cohorts, with the Washington Post going so far as to call them "social climbers" and shaming the network for even featuring them.

Watch the "Today" show interview with Michaele Salahi below:

Reality Tv The Real Housewives Of Dc The View