Will Republicans echo the AFA's campaign to impeach Prop. 8 judge?

A right-wing group wants Vaughn Walker off the bench. What will Newt and Sarah say? 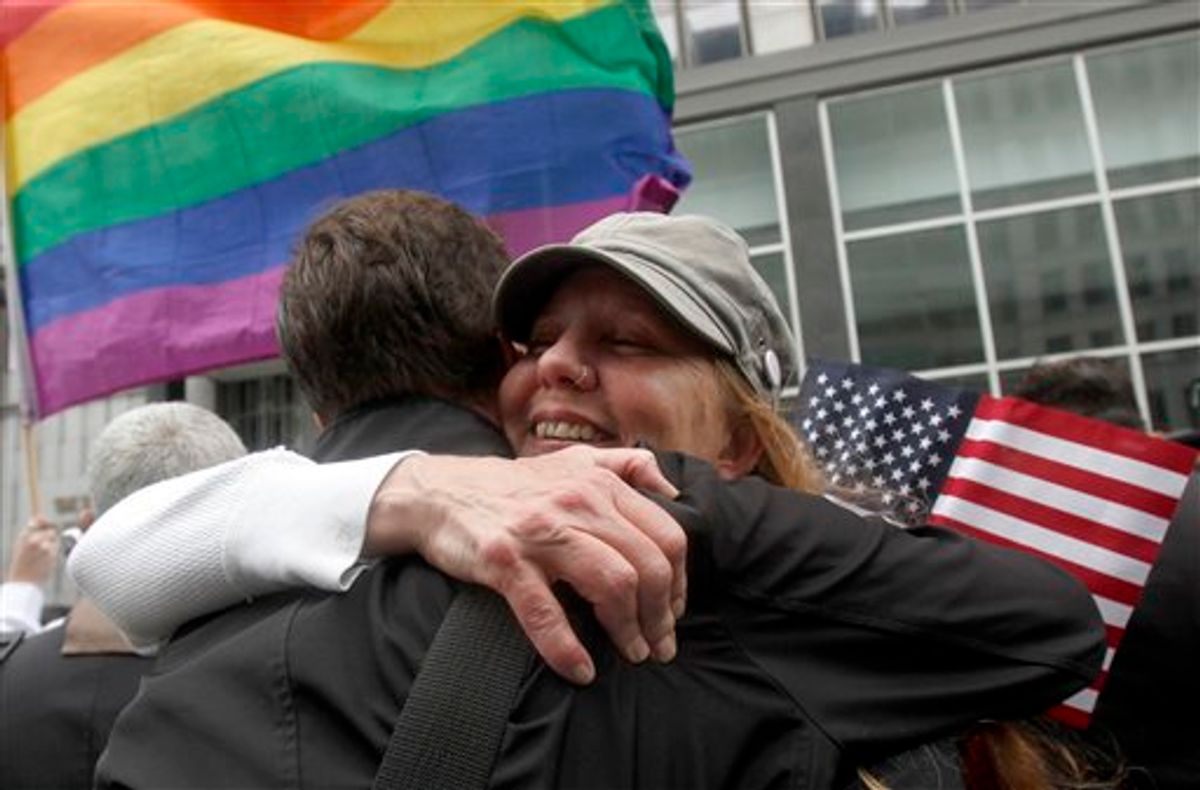 It shouldn't come as a surprise that the right-wing American Family Association is calling for the impeachment of Vaughn Walker, the federal district judge whose Wednesday ruling struck down California's ban on gay marriage.

For the record, the AFA wants Walker removed for two reasons: 1) He shouldn't have ever taken the Proposition 8 case because "marriage policy is not established anywhere in the federal Constitution" and is therefore a state-only issue; and 2) He acted unethically by not recusing himself from the case because -- as Tim Wildmon, the AFA's president, put it in a statement -- "Judge Walker is a practicing homosexual himself." (By this logic, of course, all jurists who are "practicing" African-Americans should recuse themselves from civil rights cases. But I guess latent African-Americans might be OK?)

In terms of impeaching Walker, the AFA's campaign is doomed. But the group's reaction is consistent with the response from others on the right, who immediately homed in on Walker's sexual orientation as soon as his verdict was revealed. So the real question might be whether impeaching Walker becomes a campaign issue. Will restive conservatives demand that Republican candidates join in the calls for Walker's impeachment? And if so, how many Republican candidates will listen to them? The GOP primary season, in which the hardcore anti-gay marriage crowd has an outsize impact because of its concentrated influence, is winding down, so maybe not many.

But when the AFA endorses something, it usually isn't long before the pandering from ambitious conservative politicians starts. In other words, the race is on to see which 2012 GOP aspirant is the first to Tweet his or her approval of the AFA's campaign.