Actually, Obama couldn't have done much better than Kagan 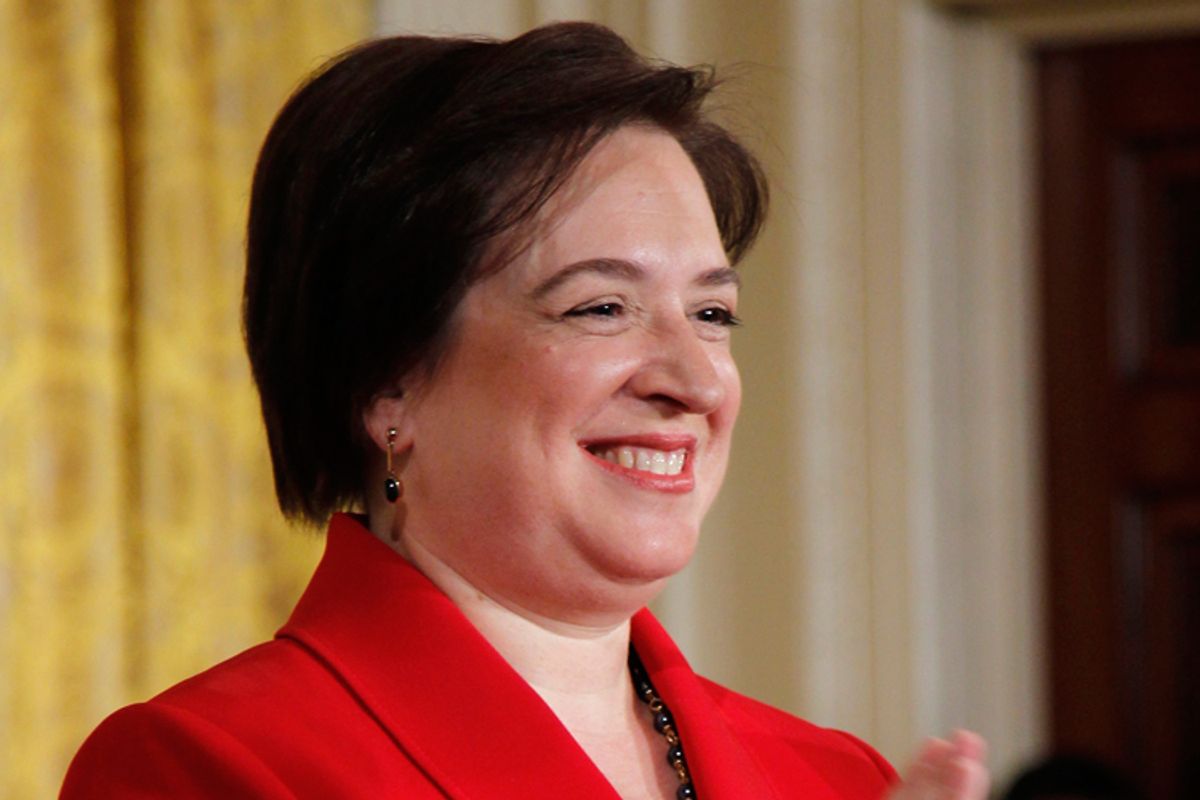 I'm completely baffled by the logic behind Glenn Greenwald's analysis of the Elena Kagan vote. Greenwald had opposed Kagan as a nominee because he wanted someone with a clearer liberal track record. That's a reasonable position (although see below for why I don't think it actually works in practice). Now, however, Greenwald concludes that because Kagan received five fewer votes than Sonya Sotomayor (and was less popular according to Gallup polling) that the "stealth nominee" strategy backfired.

In other words, the supposedly safe, moderate-appearing, blank slate nominee (Kagan) received fewer confirmation votes, and was less politically popular, than the supposedly risky, clearly liberal nominee with a long record of judicial opining and controversial statements (Sotomayor). Aren't there important lessons in those facts? Doesn't that rather clearly contradict the endless excuse-making from the Democratic establishment that muddled moderation is politically necessary? If you're going to attract a tiny handful of GOP votes no matter what, why not nominate someone who will enliven the public, inspire your base, and provide an opportunity to advocate and defend a progressive judicial philosophy?

I would say: No, there are no important lessons in those facts. Kagan almost certainly did worse than Sotomayor not because of anything having to do with them as Court candidates, but because Barack Obama was far more popular in spring 2009 than in spring 2010. Greenwald supplies a nice Gallup chart showing support for various nominees over the years, and a quick glance reveals that support for nominees appears to be highly correlated with presidential approval levels (I don't know of any research on that point; for the general question of how public opinion affects Senate votes on SCOTUS nominees, see work from Jeff Lax, John Kastellec and Justin Phillips here, and on Kagan specifically here; via the Monkey Cage).

Neither nomination wound up receiving much attention from the press, certainly not enough for most Americans to share Greenwald's sense that Sotomayor was "clearly liberal" while Kagan was "moderate-appearing." Fortunately, we have some polling to look at on that one. Pew asked what people thought of Kagan (in June 2010) and Sotomayor (in June 2009): "What is your impression of (Kagan/Sotomayor)? Do you think she is liberal, moderate, or conservative?" In fact, slightly fewer people were willing to answer the question for Kagan (41 percent saying "unsure") than for Sotomayor (26 percent unsure). Of those who did have an opinion, however, a plurality believed Kagan was liberal (28 percent), not moderate (24), while Sotomayor was the other way around: 34 percent moderate, 31 percent liberal. So whatever Greenwald believes about them (and whatever is actually the case about them), the American people by a small margin found Kagan to be a bit more liberal.

I think we can safely say a couple of things. Had the two nominations been reversed in time, odds are that Kagan would have received more votes than Sotomayor. And, to the extent it mattered, Kagan's lack of a paper trail was almost certainly a plus. Republicans really didn't come up with much of anything against her, and yet they still voted heavily against the nomination. It's hard to believe that a specific point for them to rally against would have made it less likely to oppose her. So I don't think Greenwald's logic here stands up well at all.

However, I do think all of this raises a more interesting question. If we take it as a given that Kagan is less liberal than other potential nominees, and that Obama's goal is (or at least, from the liberal point of view, should be) to put the most liberal justices possible on the Court, did Obama shoot too low? Kagan received 63 votes, but at least one "no" vote -- Ben Nelson -- was pledged to vote yes on cloture. So Kagan received at least 64 solid votes for cloture, or four more than she needed. The question is whether a nominee perceived to be more liberal would have received fewer votes. Kastellec, Lux and Phillips do show that ideological extremism costs a nominee votes in the Senate. My sense is that a four-vote margin is pretty slim. It's very easy for me to imagine those four votes (Lugar, Gregg, Graham and Nelson) slipping away with just a bit more of a nudge, which would leave the nominee with an even 60. The question then comes down to what would shake the next group -- Collins, Snowe, Bayh, Lincoln and a few other moderate Democrats. Against all that is the question of whether all of the Republican opponents of Kagan would have also voted against cloture, which is information we (and, probably, the White House) don't know.

So: Was Kagan a good choice if Obama wanted the most liberal justice that could be confirmed? My guess is, yes, she probably was, more or less -- it's awful difficult to make these fine calibrations going in. Actually, I'd say that's true in two ways. For confirmation, I think it's difficult to tell going in how liberal (or, for a GOP nominee, how conservative) the nominee will be perceived to be. Robert Bork was, certainly, going to be perceived as conservative ... but had he given different answers during his Judiciary Committee hearings, it's certainly possible that he would have been perceived as less extreme. In this, Obama presumably had pretty good information about the odds of Kagan handling the nomination process well, in which "well" is defined as avoiding as much controversy as possible.

I think far more important, however, is that the error margin on how potential nominees will behave once confirmed is far, far larger than are the perceived ideological differences between them at the time of the nomination decision. Of course, a president might want other qualities -- intellect, forms of descriptive representation and, of course, age. But when it comes to ideology, if Obama was choosing between Kagan, Sotomayor and a handful of other similarly liberal potential nominees and wanted the one who would wind up the farthest to the left on the bench, I think the correct answer is: he can't know. We can't know. Kagan and Sotomayor, most likely, don't know. We can be fairly certain that Kagan and Sotomayor will be more liberal than, say, Roberts and Alito, but no one knows which of them will wind up farther to the left, or which of Roberts and Alito will wind up farther to the right. So for a president who wants a reliable ideological vote, the things to look for are indications of basic orientation (are we sure she's a liberal?) and whether she can be confirmed. Beyond that, I think, is just speculation and guesswork.

[Note: Greenwald replies to this in the update to his original original post.]