Finally! The best 3 dancers advance to the "SYTYCD" finals

America makes the right choice and eliminates the weakest link 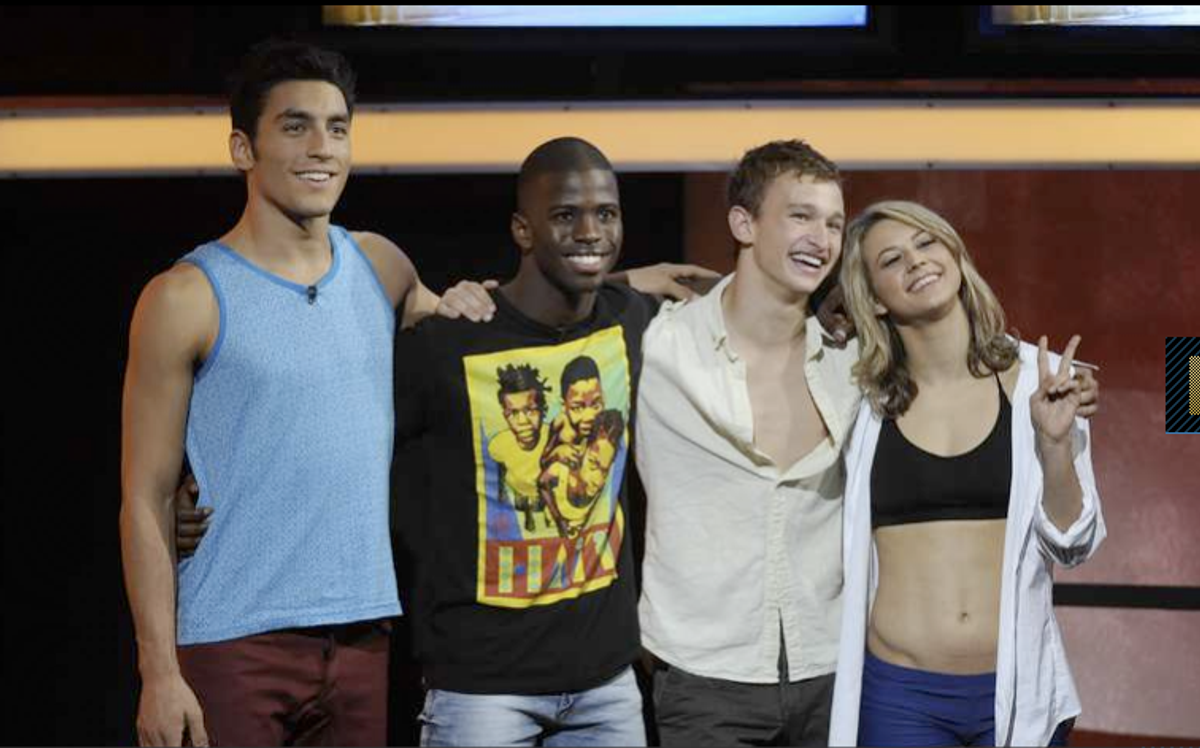 Contestants Robert Roldan, Adechike Torbert, Kent Boyd, and Lauren Froderman on "So You Think You Can Dance."
--

Minus the wonderful Alex Wong and the hard-to-relate-to Billy Bell, the three finalists destined for next week's "SYTYCD" finale are the best dancers of the bunch. Fate batted the dancers around this season like my cat's smelly stuffed mouse and now we get to watch Lauren, Kent, and Robert compete for the title. It feels good. Adechike seemed to know from the get-go that he was done for -- his solo was terse, his body and personality completely closed off, and when he was eliminated at the end there was nothing on his face. Grateful words came out of his mouth, but nothing about his vibe synced with them. If Desmond Richardson is Adechike's idol, then he's got some work to do -- watching Richardson dance to "Sympathy for the Devil" was like seeing God. To execute choreography that expresses such internal chaos by having minute control over every muscle ... woo, boy.

Favorite bits of the night, besides Desmond: the opening number. Genius. I'm biased, since they used "Drumming Song" by Florence + the Machine, a song I can't get enough of already, and one that screams for flailing bodies to accompany it. Janelle Monae (whose album I also already have) was the best musical performer the series has seen this year. She's got an angel-doll-face with some Sammy Davis Jr. and James Brown in her soul, and she brought an entire package to the show: her own dancers, her own aesthetic, and she herself actually danced. Contrast that with Flo Rida -- ooh, another chance to see our All Star girls dressed in spandex and shaking their asses like video hoochies!  Boo.

I'm more convinced than ever before that the Emmy voters are complete and utter fools for not nominating Cat Deeley. The genuine joy she got from giving Lauren the news that she'd made it into the finale was a perfect example of how much Cat really feels for the contestants -- imagine Jeff Probst or Heidi Klum hugging anyone the way Deeley did Lauren. Not gonna happen.

The rest of the interesting stuff: Nigel's going to dance next week, which is always fun to see. The producers are recreating the Twitch-Alex hip-hop routine with a "dance legend." Paula Abdul? She's got time, right? I almost didn't mind the overt Gatorade ad. Almost. If there was only a 2% difference in votes between Kent and Lauren at the top, there's hope for my Robert yet. And: I totally want to see "Step Up 3D" -- talk about over-the-top eye candy. Don't judge me.

Your video fun for the night is in the form of last year's Desmond Richardson performance on the show, in which he and Complexions Contemporary Ballet dancer Patricia Hachey blew everyone's minds. Seriously, watch her from the beginning of the piece. Her legs and balance are unparalleled. I couldn't embed the video, though...the website's in Japanese. If it were Spanish it would've been fine.

Next week we get a winner!