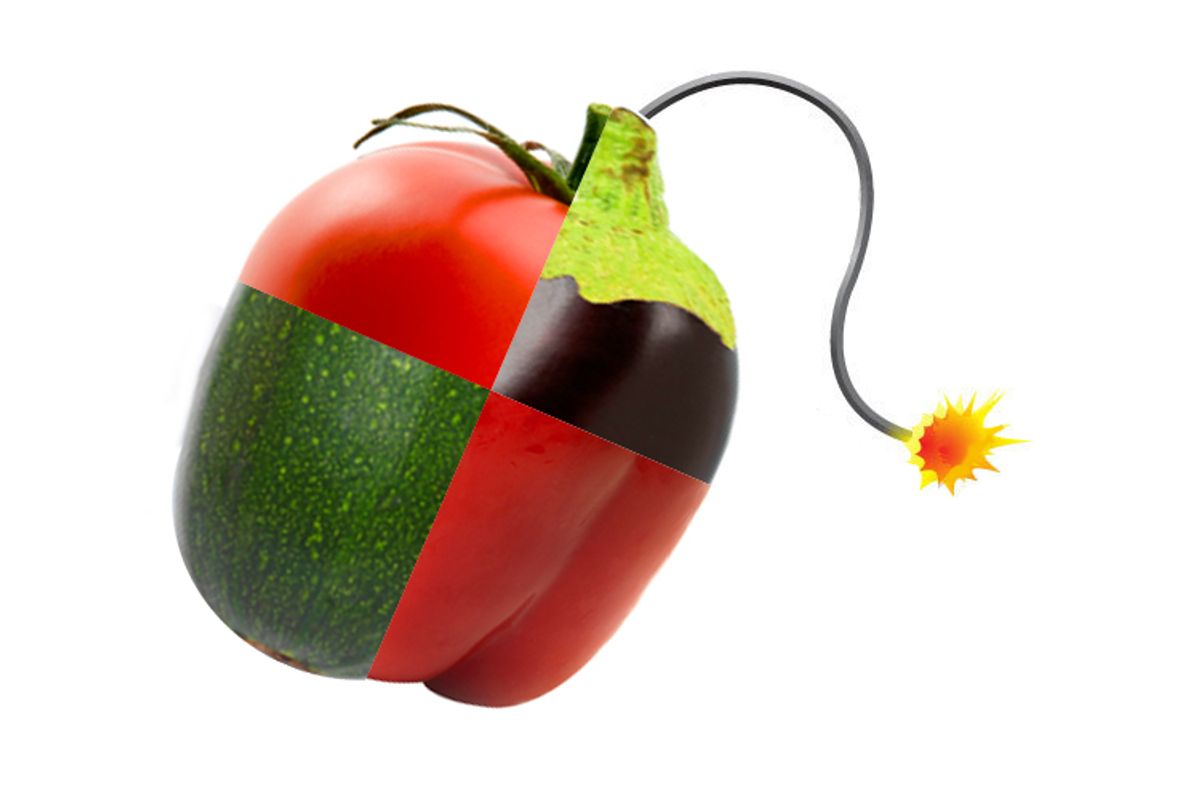 Makes a boatload, nearly half a gallon, of very intensely flavored stuff

Keeps in the fridge for up to 3-4 days. It does freeze well, though, if you fill up the container so there's not much air in it and wrap it tightly in several layers of plastic wrap. Let it thaw in the fridge, and it'll still be awesome in the dead of winter, when tomatoes taste about as good as tennis balls.