Google-Verizon plan: Why you should worry

Ominous references to the "public Internet" inescapably suggest something else entirely 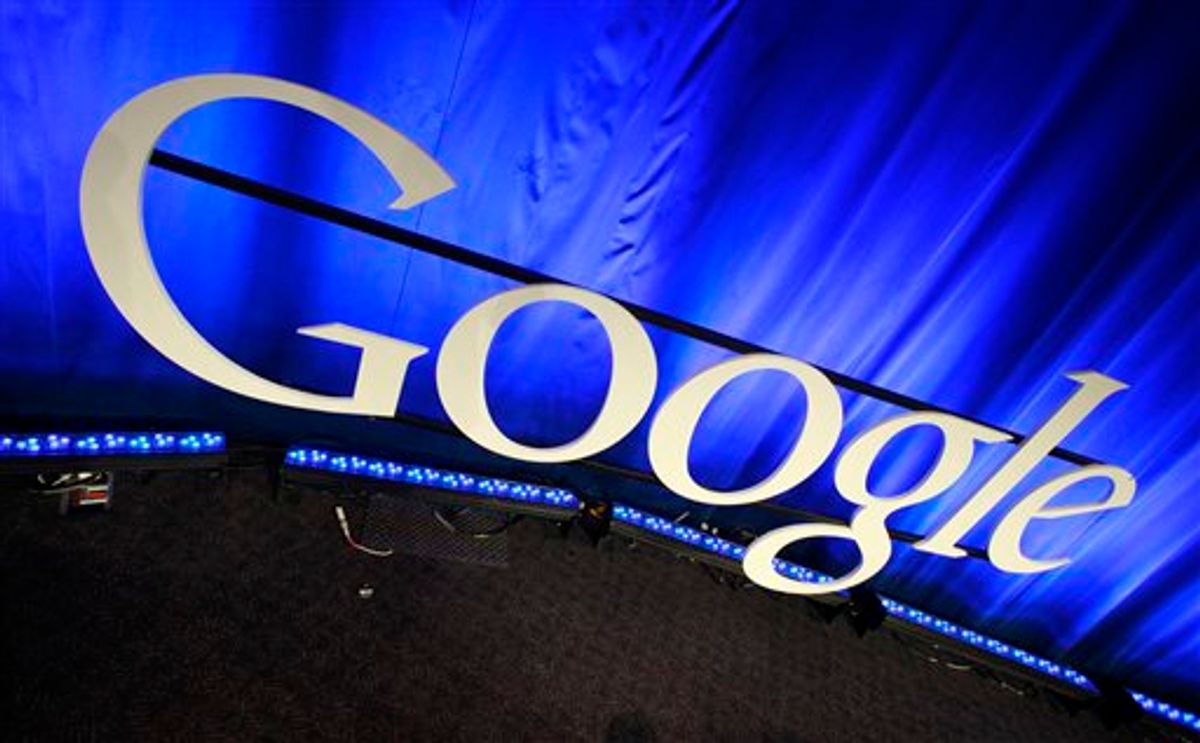 So Google and Verizon had not, in fact, cooked up a special business deal for their mutual benefit. But what they have cooked up, as announced today, may be no great deal for you and me: the idea of a parallel network that could, in the long run, become the default network -- at the very least for entertainment and truly advanced services.

At first glance, no one could argue with what the companies' CEOs, Eric Schmidt and Ivan Seidenberg, announced on Monday: A "joint effort by two companies to offer a suggestion" to public policy makers, as Seidenberg put it. (Both CEOs denounced last week's media hyperventilating, based on stories in the New York Times and Bloomberg News, as bogus journalism, though they didn't use that precise phrase. "There is no business relationship," Schmidt said on a conference call.)

Their suggestion? Essentially, it was to insist that the Internet should remain open and freely available, with enforcement teeth to ensure what most people would call network neutrality, the idea that carriers can't discriminate against one content provider in favor of another.

But the proposal went further. It would promote the expansion of new services, not part of the  Internet as we know it now, that would go beyond anything we have today. These new services, if Congress and regulators enacted the companies' proposal, could not be designed to be end runs around net neutrality; they would have to be genuinely new.

But here's the rub: You should not trust Verizon or other carriers, or Google for that matter, to follow through in ways that are truly in the interest of the kind of open networks the nation needs. Throughout the conference call, we kept hearing references to the "public Internet" -- an expression that leads inescapably to something else.

If Schmidt was telling the truth when he said Google's overwhelming focus will remain on the public Internet, such as his promise that YouTube will remain there, that's great. I have no reason to disbelieve him, and Google's track record to date is strong on this issue. But plans change, managements change, and corporate goals change.

The other big news in today's announcement was Google's clear retreat on network neutrality when it comes to wireless networks. As Susan Crawford, professor at Cardozo Law School and an expert on all things Internet, explains: "That’s a huge hole, given the growing popularity of wireless services and the recent suggestion by the Commission that we may not have a competitive wireless marketplace."

For Verizon's part, the acceptance of what sounds like fairly serious neutrality rules on current wire-line networks was welcome. But I see the rest as a Trojan Horse for a modern age. Verizon and other carriers have every incentive, based on their legacies, to push network upgrade investments into the parallel Internet, not the public one.

With one exception, the carriers have all but abandoned their push to bring the kind of wired-line bandwidth that other nations -- Japan, South Korea, France and Sweden come immediately to mind -- have done. Verizon has all but stopped building out its fast fiber-optic network to homes, leaving Comcast as the provider that is most ardently boosting connection speeds via its cable lines. (Even Comcast's fast speeds are nothing special next to what carriers in those other nations have provided.)

So when Seidenberg said, "We have to be flexible," my immediate thought was, uh-oh.

I've been worried for years that the game was on to turn the carrier-controlled Internet into just another version of television. Maybe the carriers won't get away with that.

The right way forward is to have sufficient bandwidth that we can do pretty much anything we choose using public networks -- a true broadband infrastructure where packet-switched services (moving data around, at super-fast speeds, in little packages that are reassembled at the user's device) are the basis for all communications.

Instead, the game is on to create a parallel Internet. It'll still be packet-switched. But they won't call it the Internet anymore. That's an end game we should not encourage.