Don't get too excited about Gingrich's Iowa trip

Newt's trip to the state fair is supposed to be evidence that he's really running for president this time. It's not 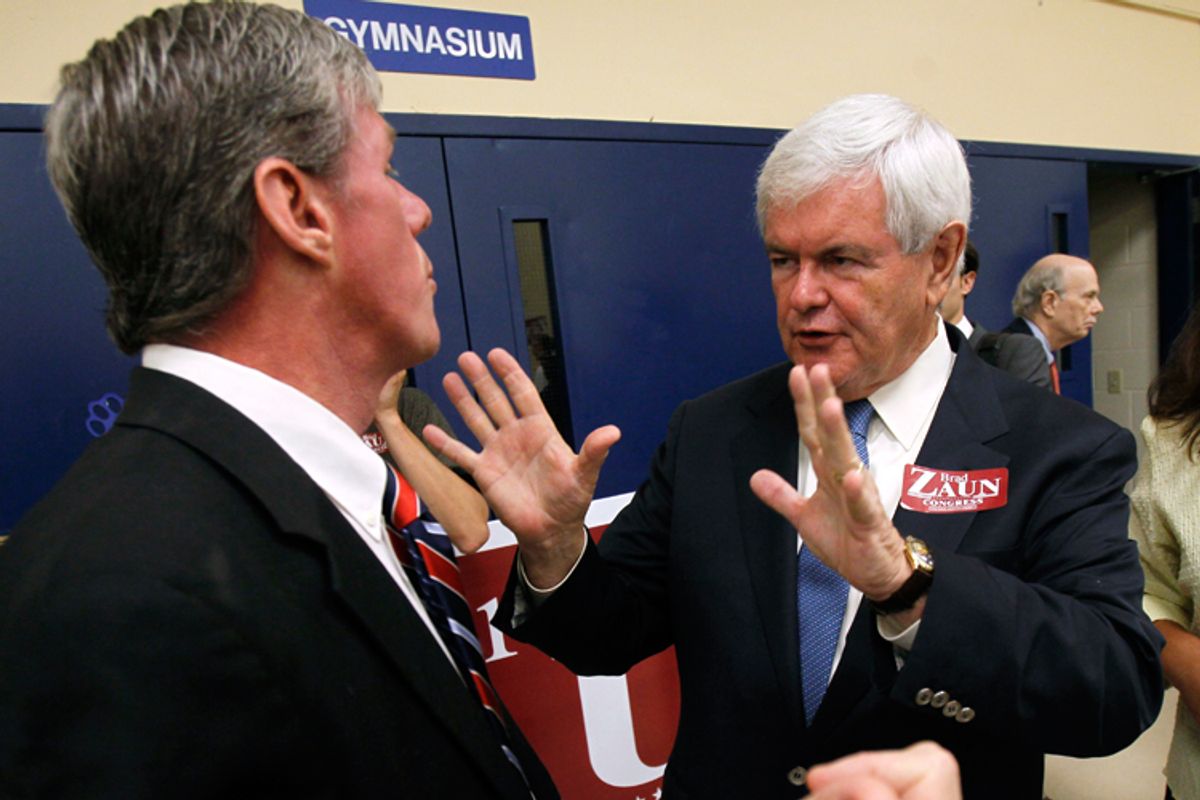 The latest from the Gingrich-media industrial complex is this CNN item that reports Newt Gingrich is making his sixth recent trip to Iowa to attend the state fair this week, "giving political insiders there plenty of reasons to believe he's finally serious about running for the White House." He's also meeting with "several GOP donors" and speaking at a couple of fundraisers.

But not so fast.

By this month in 2006 -- the last time that he was teasing the press about a run for president that he probably never intended to make -- Gingrich had already gone to Iowa five times. And there's no evidence that the former speaker is creating the organization that would be needed to mount a legitimate candidacy.

In January 2006, the Minneapolis Star-Tribune reported Newt had already traveled to Iowa three times in the previous year.

In April 2006, he addressed an Iowa State University globalization class with a lecture on "American Strategies for Success in Competing with China and India in a Globalized World Market." ( "If enough people think [my] solutions work, I'll probably run," he told the class.) Sean Hannity accompanied Gingrich on that trip and quizzed him on his presidential aspirations for a Fox News segment.

Gingrich even told U.S. News and World Report in the summer of 2006 that "'looking at pigs and cows at the Iowa State Fair' was the part of summer he was most looking forward to." He added that, "When you walk around stock pens, your nervous energy lowers dramatically." He talked to a reporter for a preview piece on the fair, telling the AP, "There's no place in America where you have more potential impact on how people will talk about policy than Iowa."

So it's fine for outlets to report when Gingrich repeats his line about laying the groundwork "to consider seriously whether or not to run." But some context would be nice.