Top mosque foe: But I have lots of Muslim friends!

New York pol Carl Paladino says he has "lots of friends who are Muslims," but his campaign won't name them 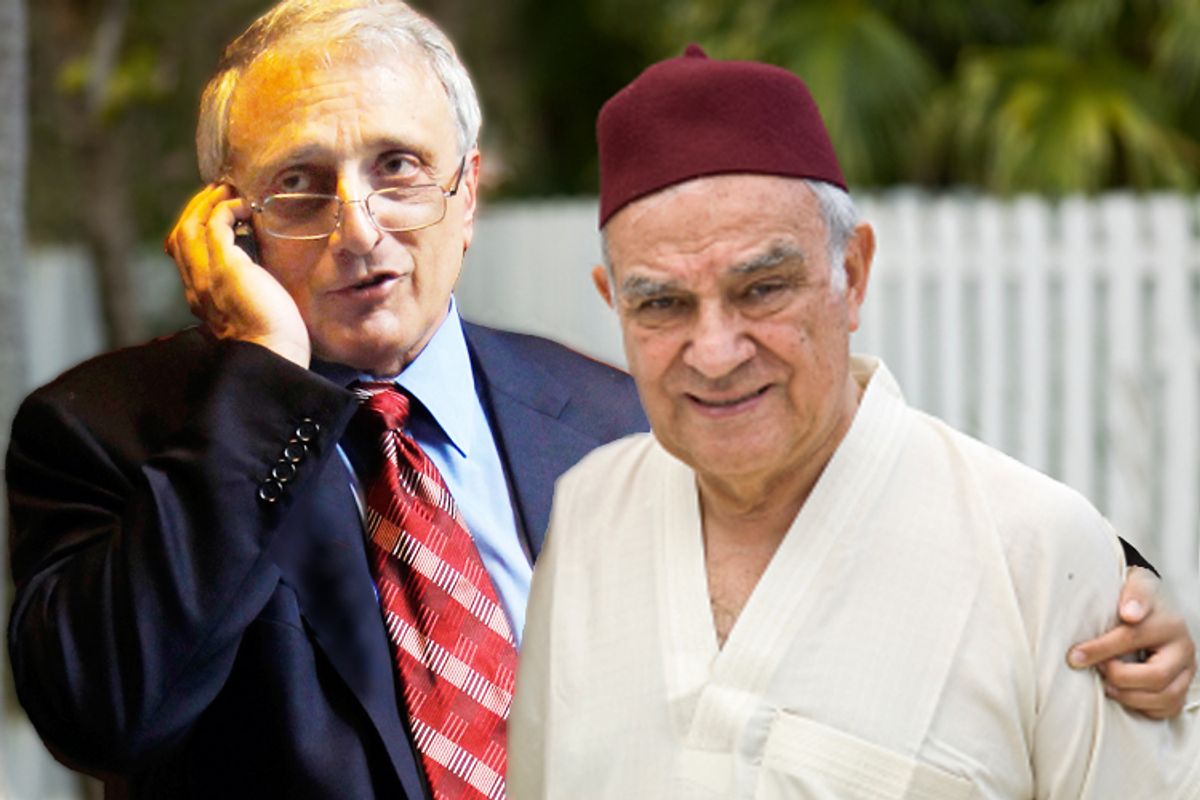 Carl Paladino, the tea partier running for New York governor on the anti-mosque line, declared today on MSNBC: "I have a lot of friends who are Muslims."

This was amidst a conversation in which Paladino was explaining his vehement opposition to the construction of the Islamic center near Ground Zero, which is increasingly the single animating issue of his campaign.

The logic of Paladino's statement on MSNBC seemed to be that it is OK if he explicitly calls the progressive Muslim Americans behind the Cordoba House project "Islamists wanting to illustrate that they have conquered America by taking down the World Trade Center" -- because, after all, Paladino personally hangs with his many Muslim friends.

Said Caputo: "Buffalo has a vibrant and growing Muslim community. Carl has friends who are Muslim and, as one of the area's largest employers, he employs many Muslims. I think it's untoward for us to release their names, nor are we willing to ask them to put themselves out there on this issue.

Carl respects moderate Muslims. So does the Anti-Defamation League. So does Rudy Giuliani. You'll have to take all that on faith - or claim it isn't true, whatever you wish. "