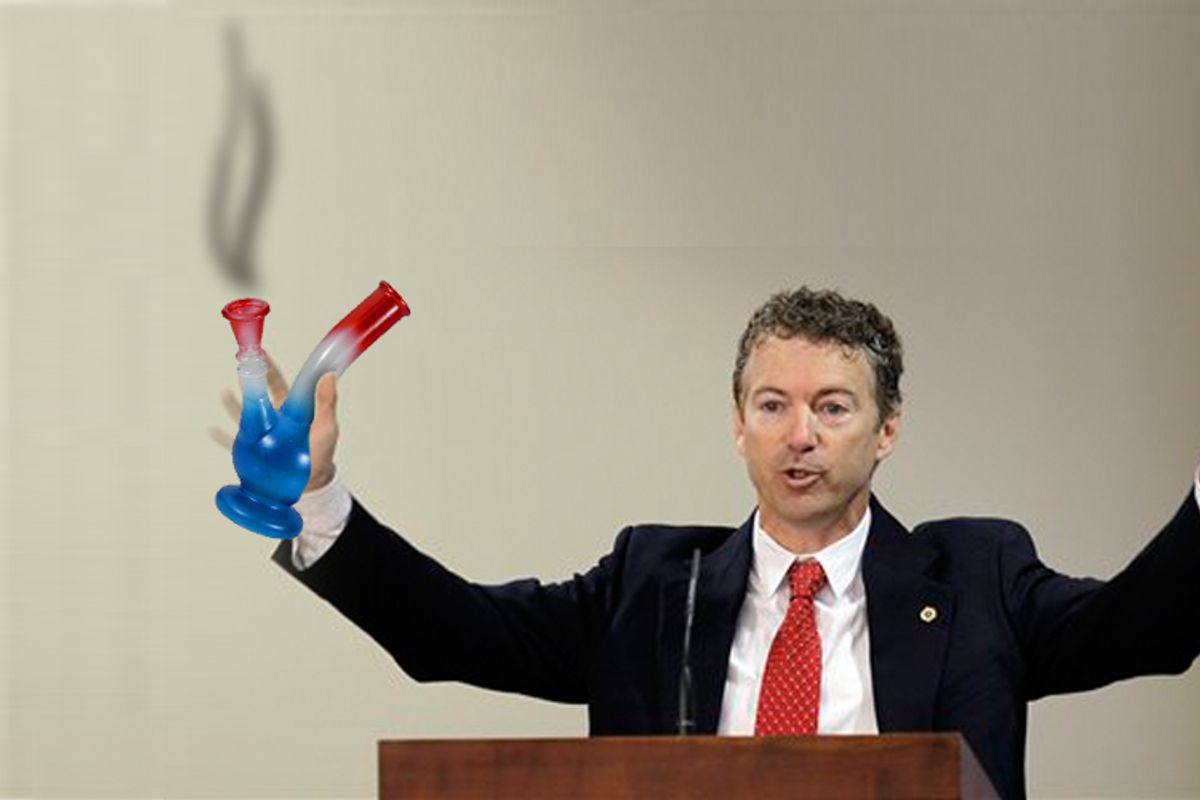 Back when Rand Paul called himself "Randy," while he was attending Baylor, he apparently joined a "secret society" called the NoZe Brotherhood, according to Jason Zengerle, reporting for GQ. This group was made up of Baylor's more liberal students, and they committed pranks and published a satirical newspaper, as college students will do.

They also, according to a fellow NoZe Brother, "aspired to blasphemy," which sounds pretty good to me but may not go over all that well in Kentucky, the state Paul would like to represent in the U.S. Senate. I am unsure how this incident will play in Kentucky, however:

The strangest episode of Paul's time at Baylor occurred one afternoon in 1983 (although memories about all of these events are understandably a bit hazy, so the date might be slightly off), when he and a NoZe brother paid a visit to a female student who was one of Paul's teammates on the Baylor swim team. According to this woman, who requested anonymity because of her current job as a clinical psychologist, "He and Randy came to my house, they knocked on my door, and then they blindfolded me, tied me up, and put me in their car. They took me to their apartment and tried to force me to take bong hits. They'd been smoking pot." After the woman refused to smoke with them, Paul and his friend put her back in their car and drove to the countryside outside of Waco, where they stopped near a creek. "They told me their god was 'Aqua Buddha' and that I needed to bow down and worship him," the woman recalls. "They blindfolded me and made me bow down to 'Aqua Buddha' in the creek. I had to say, 'I worship you Aqua Buddha, I worship you.' At Baylor, there were people actively going around trying to save you and we had to go to chapel, so worshiping idols was a big no-no."

Rand Paul's campaign did not actually deny any of this. Though his spokesman did say this to Ben Smith: "We'll leave National Enquirer type stories about his teenage years to the tabloids where they belong."

So, don't listen to New Republic senior editor Jason Zengerle's Enquirer-style reporting for noted tabloid GQ, about Rand Paul's "teenage years," when he was a 19- or 20-year-old college student who kidnapped a woman and forced her to smoke a bong and worship a false idol.