According to the Journal, everyone could have a job if the unemployed weren't so lazy and Uncle Sam so greedy 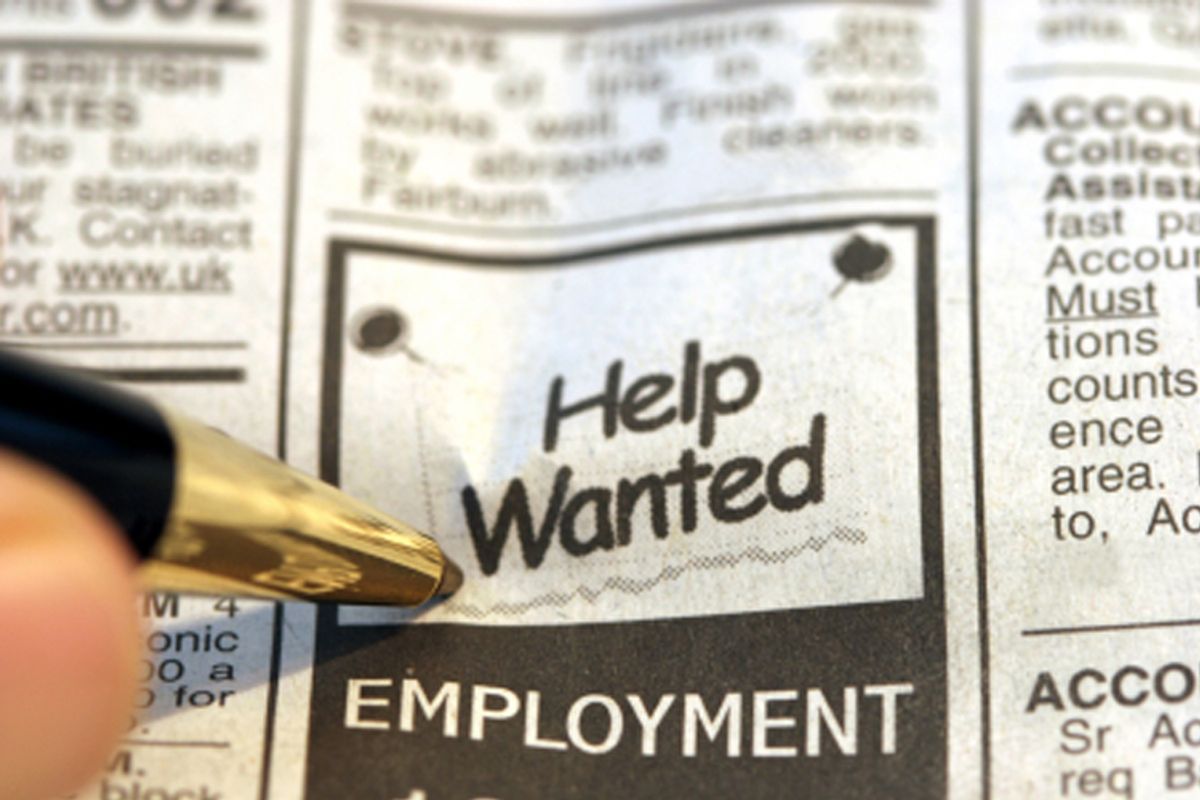 Did you think that the massive unemployment crisis was caused by profitable multinational corporations and banks sitting on "mountains of cash" combined with collapsing consumer spending due to the fact that so many people are without work and those who have work have had stagnant wages for decades now? You fool! The Wall Street Journal highlights two stories today that explain the real problem: Lazy would-be workers receiving too many unemployment benefits and high government taxes!

While the actual "data" show a miserable climate in which there are millions more jobless people than there are job openings (there are 3 million openings and 17 million jobless, according to the "chart"), the Journal's Mark Whitehouse found anecdotal evidence of employers who desperately want to hire people, but simply can't find any applicants. Sure, "many employers are inundated with applicants," but "a surprising number" can't find anyone to hire, anywhere!

What could cause that? Economists point to a couple factors. The one Journal readers like the most is probably the claim that the extension of jobless benefits to 99 weeks has made people lazy. There is also the real-estate collapse, which has made underwater homeowners an extremely non-mobile workforce. And, hey, it also turns out that the devastation of America's middle class in a generation-long union-busting race-to-the-bottom might have something to do with certain companies being unable to attract applicants. There is, it seems, "a glut of people who can't qualify for highly skilled jobs but have a hard time adjusting to low-pay, unskilled work like the food servers that Pilot Flying J seeks for its truck stops." It turns out that a lot of people who once eked out mostly comfortable middle-class lives do not want to now become service-industry wage slaves, and there's no training for people who would like to work slightly more specialized jobs!

But head on over to the Journal Opinion section for the real story (by which I mean the divorced-from-reality story in which high federal taxes on America's wealthiest are the source of all of America's woes, and cutting those taxes is the solution to all of our problems). One American business titan can't hire new workers because Uncle Sam makes it too expensive!

Michael Fleischer, the president of a New Jersey audio systems company, has a "terrific employee" named "Sally". But poor "Sally," like Fleischer, is a victim of government greed. The feds (and Trenton) take a lot of money out of her paycheck, and, even more tragically, they make Fleischer pay them to employ her.

Now, payroll taxes are regressive, and could serve to discourage employment, which is bad. But Mr. Fleischer's math doesn't really support his argument. He says he's not hiring because it costs too much money -- money that doesn't go to employees -- to hire employees. He blames the government for high taxes, and for maybe thinking about raising taxes in the future. Because of the government, he has to pay $74,000 for Sally to go home with $44,000! Highway robbery!

But more than $12,000 of that difference is benefits, not taxes. The price of health care is skyrocketing. And "Sally" pays $2,400 of that. As for the rest of that money that Fleisher pays but Sally doesn't get? Well, much of that is in taxes that "Sally" pays. Here's what the jackbooted government thugs actually make Fleischer himself pay to employ "Sally":

Then the federal and state governments want a little something extra. They take $56 for federal unemployment coverage, $149 for disability insurance, $300 for workers' comp and $505 for state unemployment insurance. Finally, the feds make me pay $856 for Sally's Medicare and $3,661 for her Social Security.

I can see why you would refuse to hire anyone, when you face like $5,000 in actual taxes. Fleischer should probably just give it all up and live off the dole, like all the lazy unemployed, frankly. That would teach Uncle Sam a lesson!

(Considering that the major cost Fleischer faces is health care premiums -- premiums that are paid to private corporations, not the government -- he should probably be advocating for single-payer health care. Oddly, he is not!)