If you've never loved this dark grain, it's probably because you haven't yet had the real thing 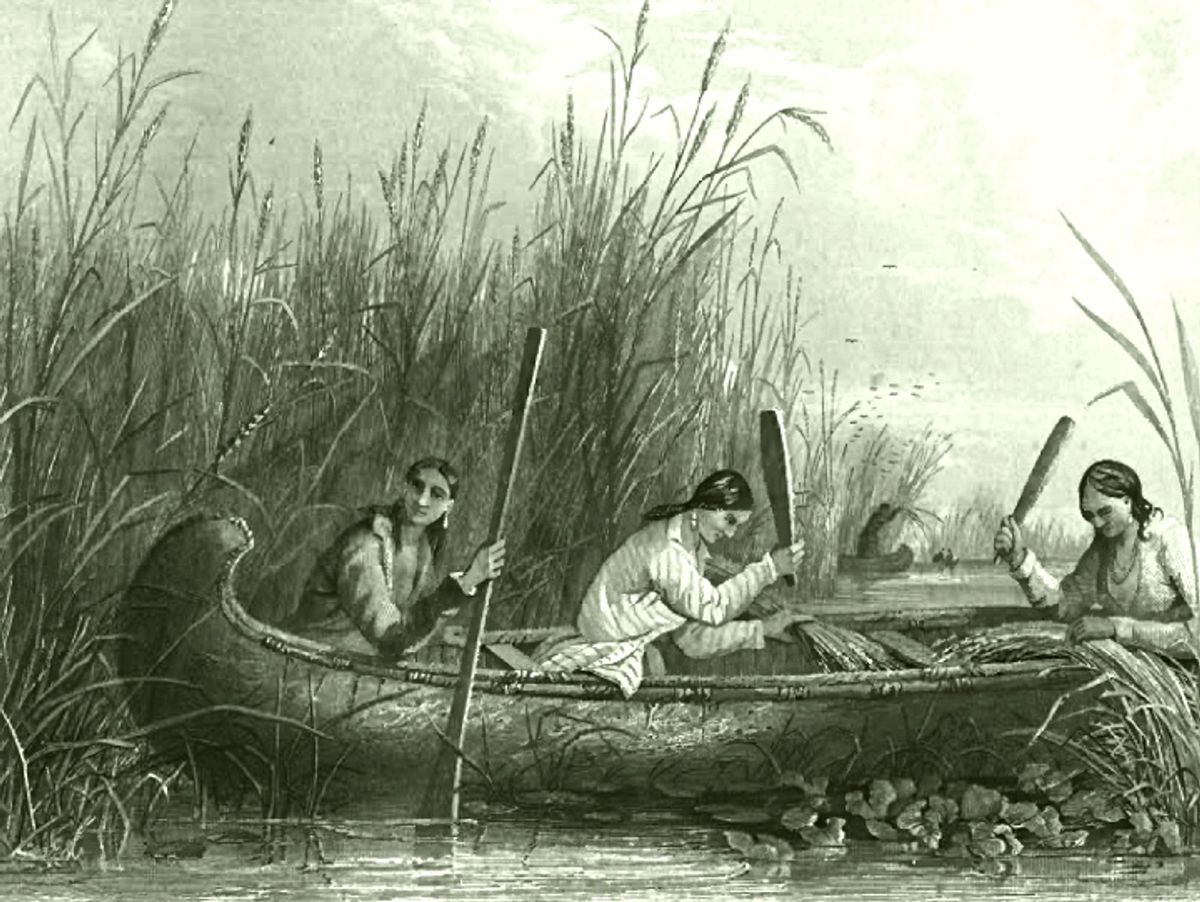 In the 1960s — and in an odd contradiction — cultivated wild rice began to be grown in California in paddies, like regular rice, and harvested by machine. But northern, truly wild wild rice, or "manoomin" in Ojibway, grows in the shallow waters of ponds, lakes and rivers in the north-central United States and adjacent Canada. It isn't rice at all, of course, but the seed of a tall, annual aquatic grass, Zizania palustris (sometimes still called by the earlier name Zizania aquatica). The wild grain continues to be gathered by hand, often by Indians, as a commercial crop. Gathered from nature and processed in the traditional way — heated and stirred in an iron pot or washtub over a fire — wild rice is olive green to brown mixed with tan. It tastes nutty, toasted, slightly grassy and, as one writer puts it, like tea.

There's now much more of the cultivated Zizania than there is of the wild. The cultivated strain was selected for holding its ripe seed longer, so more grain is on the plant when the combine passes through. In nature, wild rice shatters quickly — releases its seed to settle to the bottom and in spring form next year's plants. Cultivated wild rice is also different in other ways. The color, as a rule, is nearly black. That's because the grain darkens more while it remains longer on the plant, because it darkens further if it's not processed quickly, and because the hulling machines are adjusted to leave more bran. The companies that are the main customers for cultivated Zizania want it dark, so it stands out in blends with white rice.

Most of the genuinely wild wild rice sold in the United States comes from Minnesota. Since 1937, the state has limited the season, required a license to harvest the rice, and required that the harvesting be done by hand from canoes. Each year the dates are declared according to the maturity of the crop. Most individual harvesters sell their rice to small or large processors who dry and hull it mechanically. Traditionally, the seeds are dried first in the sun and then "parched" over a wood fire with constant stirring, so the rice doesn't scorch. Parching gives the characteristic toasted flavor to wild rice. But its main purpose is to dry the rice fully to preserve it while shrinking the kernel and making the hull crisp, so afterward the kernel can be freed. The grain often used to be trod with moccasin-covered feet, lightly, so as not to break the kernels, then winnowed to separate the chaff from the rice.

Normally with grain, more bran gives more flavor, as in the case of brown regular rice or whole-wheat flour (though their flavor isn't necessarily better). With wild wild rice, batches that are a little darker from having been processed with a little more bran are more flavorful and, to some tastes, better.

What's odd about the black cultivated Zizania from paddies is that despite having all that bran, it doesn't taste like much. That might be because it's a somewhat different plant, because growing conditions in the paddy are too easy, or because the grain isn't toasted in processing. In cooking, the thick bran coating of the paddy rice is slow to soften, and the grain is often served with an unpleasant firm texture. Altogether, cultivated Zizania seems pointless. Wild rice from lakes and rivers, however, is excellent. The flavor of each batch reflects the particular lake or river where it grew, its ripeness when harvested, and the method and care with which it was processed.

To cook wild rice
Rinse 1 cup (150 grams) of the grain in three changes of water and drain. Bring 2 cups (475 ml) water to a boil, and add the rice and ½ teaspoon salt. Simmer gently until roughly a quarter of the kernels have split open and curled back, the point at which the rice is somewhat tender but not too soft — from ½ to ¾ of an hour. It usually takes experience to match the precise simmer to the precise amount of water (which also depends on the batch of rice), so that the rice is done at the same time the water runs out.