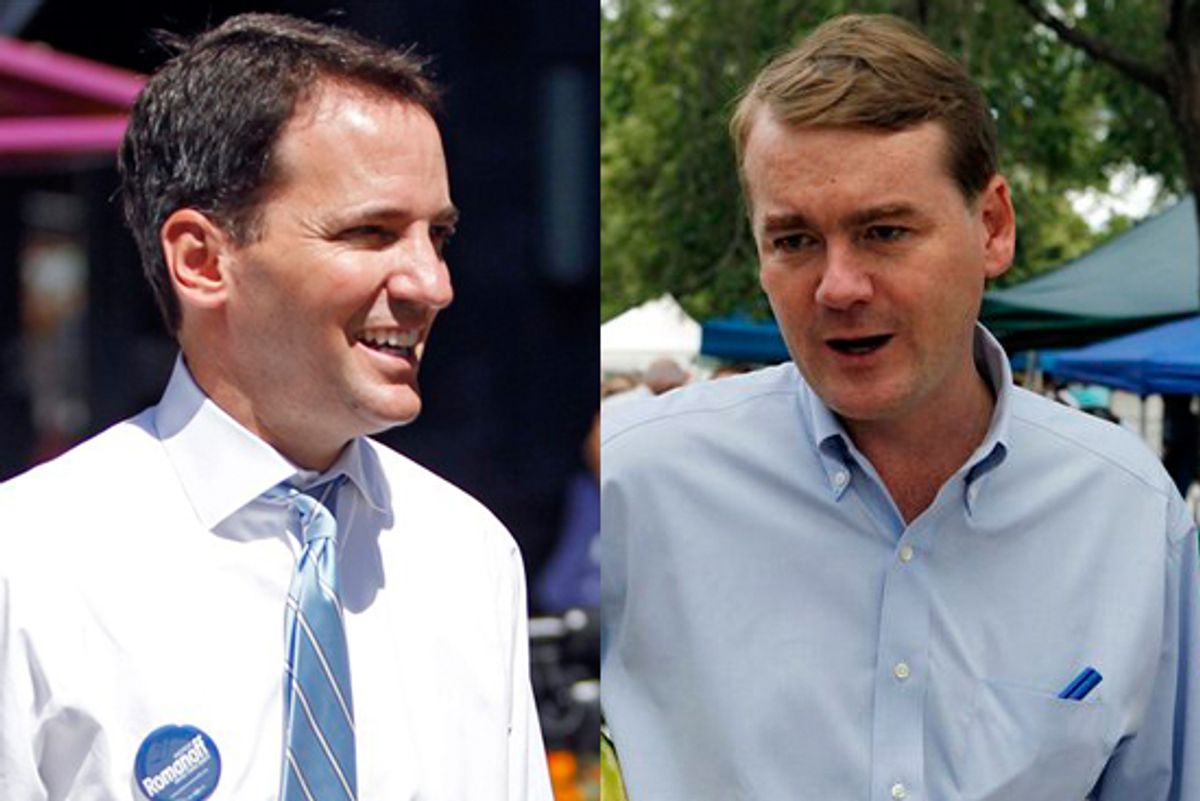 According to the Colorado secretary of state, as reported by the National Review, turnout for the Colorado primaries is on pace to exceed the 2008 record. Thirty-six percent of Democrats and 40 percent of Republicans have returned their ballots. (Most ballots were sent by mail.)

Turnout this year could double the 2008 record, which would be amazing for a midterm primary election.

Here's a wrinkle: Voters can affiliate themselves with a party the day of the primary election. And upstart Democratic challenger Andrew Romanoff did a Fox News hit at 4 today, during which he trashed the DNC and repeated his claim that the Obama administration offered him a job in exchange for dropping out of the race.

Is he going after "unaffiliated" Obama-hating voters? Stranger gambits have been tried.

(Meanwhile, Tom Tancredo is going to run for governor as an independent on the "Crazy Racist" line, more or less guaranteeing a Democratic win.)