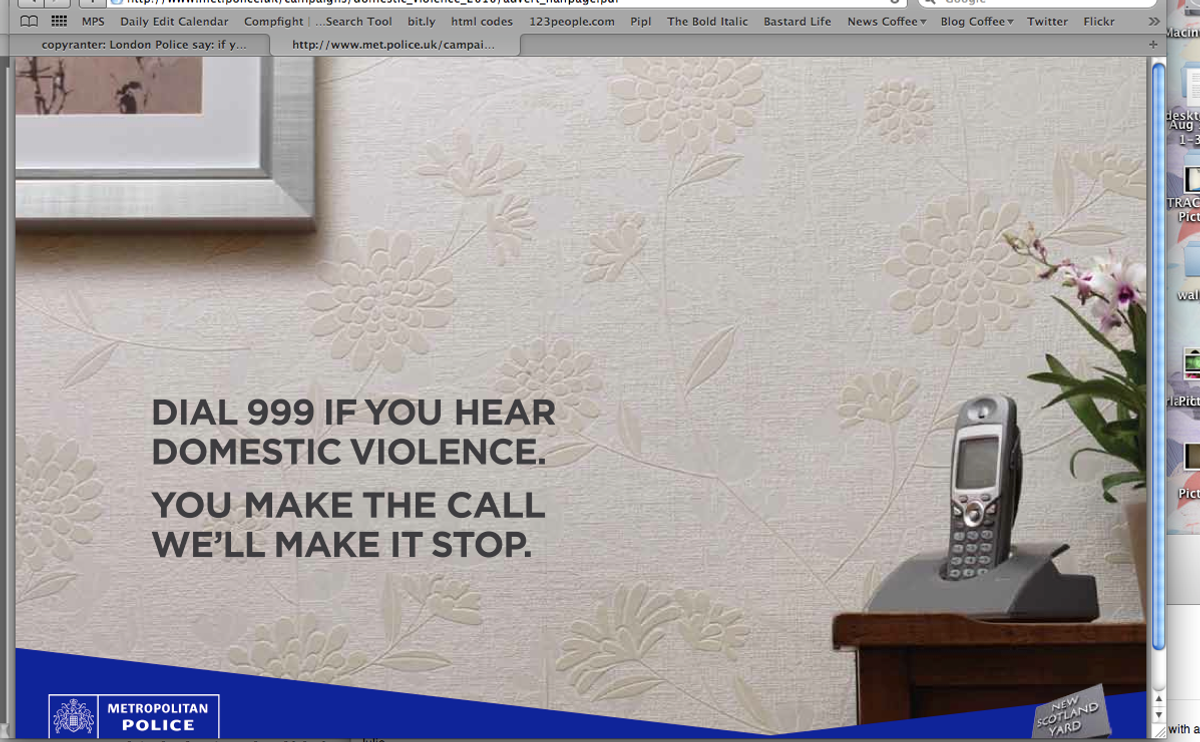 Eminem's music video for "Love the Way You Lie" may not be an effective PSA against domestic violence, but I just came across a video (via Copyranter) that is. Then again, it's actually intended as a PSA, not as a titillating piece of pop culture ephemera, so no real surprise there. Still, the YouTube spot from London's Metropolitan Police is impressively powerful, albeit unpleasant to watch. The scene opens with the point of view of an apartment dweller settled in on their couch with a book, and then begins the muffled shouting from the couple next door. It gets louder and louder. He yells, then she yells. It sounds as though he's chasing after her as he screams, "You're not allowed to talk. Come here! What did you say to me?!"

Just as it becomes clear that the fight is escalating and about to become physically violent, a message appears on-screen: "If you think you should call 999 [the emergency number in the U.K.], click here." If you click -- and, dude, you should -- it takes you to another video where the protagonist calls the police and the fight is quickly broken up. If you don't click on the message, the shouting and violence escalates to a chilling degree. There are hitting, stomping and choking noises while the man screams: "Now answer me back! Now answer me back!" The woman's screams stop, the man grunts, taking in what he's done, and a message appears: "Nearly 1 in 5 murders in London are the result of domestic violence." I don't know about you, but it made me feel physically ill.

From my experience of being a neighbor overhearing a domestic dispute on more than one occasion, the spot is disturbingly realistic -- from the escalating back-and-forth to the range of unfamiliar and gruesome noises to the resounding footsteps of police once they arrive next door. Sadly enough, the one thing that doesn't ring true to me is how quickly the police arrive. Whenever I called 9-1-1 about the sounds coming from my upstairs neighbor's apartment, her boyfriend was long, long gone by the time the police arrived.