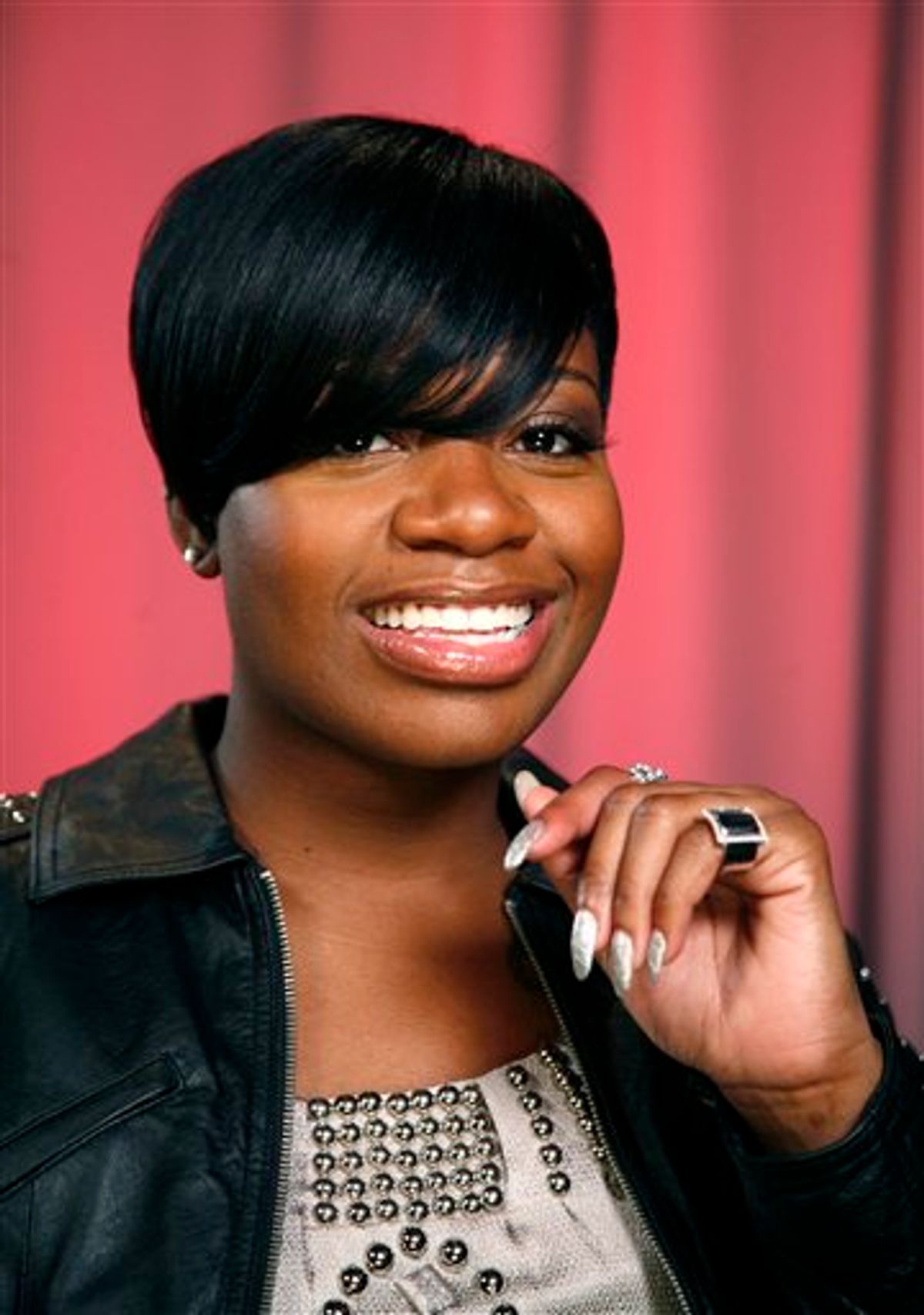 Grammy nominee and "American Idol" Season 3 victor Fantasia Barrino has found herself in the news over the past few days for everything but her gospel-influenced vocals and rags-to-riches success story. The former teen mom was named in court papers filed by Paula Cook, a North Carolina woman who says her soon-to-be-ex-husband, Antwaun, has been Fantasia's lover for some time, and there are sex tapes to prove it. Barrino was then admitted into a hospital for a "medication overdose," according to Brian Dickens, her manager.

In a statement released by Dickens, he refers to Paula Cook's accusations: "Fantasia believed Mr. Cook when he told her he was not happy in his marriage and his heart was not in it." Dickens also praises God, promotes Barrino's upcoming record release and relates that his client was "overwhelmed" by the lawsuit and subsequent attention just before she took the pills.

CNN has the original report on the sex tape allegations, and WCNC in Charlotte, N.C., has seen the documents that name Fantasia. Blog Creative Loafing examines the "home-wrecking" legacy of the city of Charlotte, and master-of-hyperbole Perez Hilton says the police are calling the overdose a "suicide attempt."

You can watch Nancy Grace take this personal struggle and blow it up for her own satisfaction here: