Your pets will go crazy and your children will beg you for a bite. Yes, it's really that good 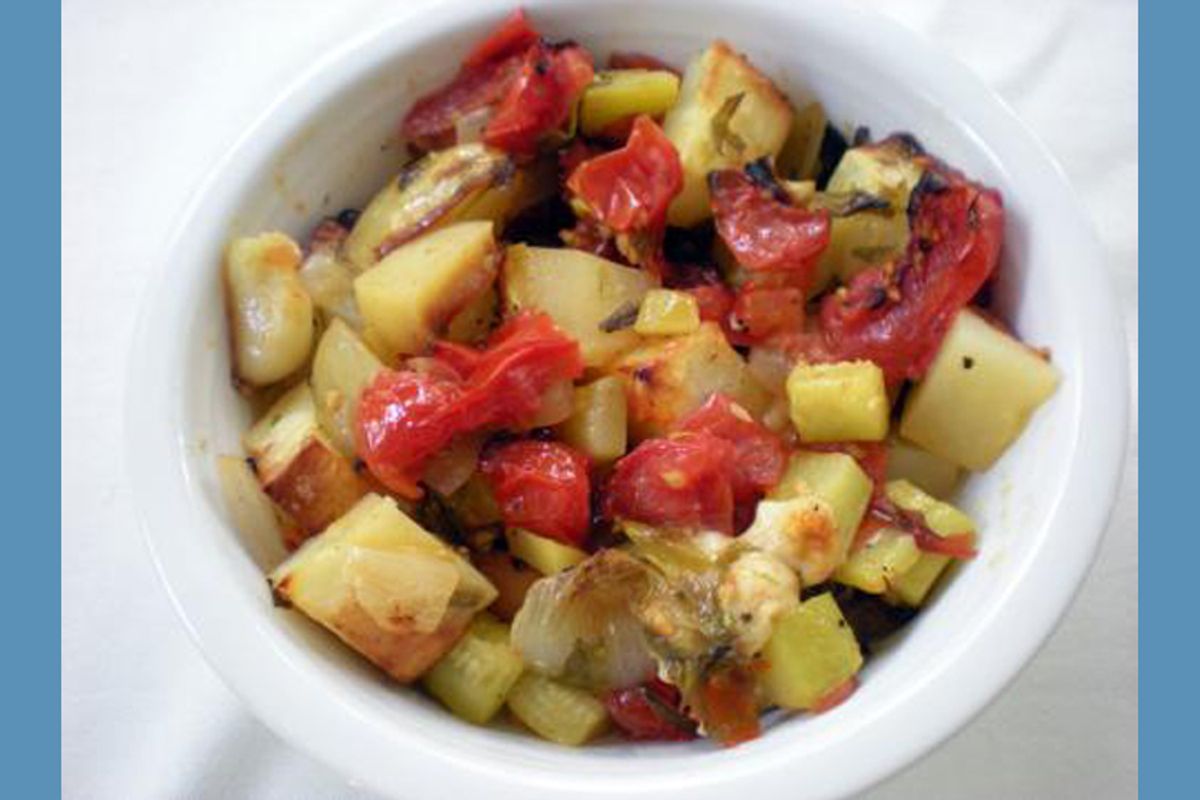 The conventional summertime cooking wisdom is to avoid heating the kitchen, instead creating salads and sandwiches that require little or no actual cooking, such as last week’s Salon Kitchen Challenge for light tomatoes. That approach leads to some fine eating, but every cook knows that the glorious tomatoes of summer sometimes need heat to turn them from nominal to nom nom phenomenal.

Enter briami, Greek roasted vegetables, a concoction of tomatoes, onions, zucchini and potatoes smothered in boo-koos of olive oil, garlic and herbs, then set in the oven to roast to umami-inducing perfection. With zukes and the sometimes addition of eggplant, this dish seems rather ratatouille-like. But that is a vegetable stew, best when the items are cooked separately then combined for a long oven braise. This dish is every bit as satisfying as ratatouille and easier to prepare; everything goes in the oven at the same time, heats up together and fills your abode with the intoxicating aroma of garlic and onion and herbs.

On the hottest day of the year, when it's 100+ degrees in the shade of the mimosa and the briami is in the oven, my house smells like heaven -- garlic, onion, tomato and basil heaven. The smell is divine, but the best part is (naturally) eating the roasty, toasty tomatoes and vegetables, Parmesan bits and herbs. The tomatoes roast and concentrate and mingle with the oil to create a kind of sauce for the other vegetables.

This dish has many fans and I think it’s because of the combination of potatoes and fresh tomatoes, taken interplanetary with melted cheese and herbs. I use basil, but you could also employ oregano and thyme, and other tomato-friendly herbs from the garden. I'm a fan of lovage, when I can find it, which some describe as having a celery kind of taste.

The recipe is adapted from my friend Evelyn who lives in Athens, Greece, and publishes her recipes at Recipezaar. She uses Greek cheeses like kefalograviera or myzithra, but recommends Parmesan as a substitute.