The liberal case for regressive taxation

Why progressives should not oppose a value-added tax 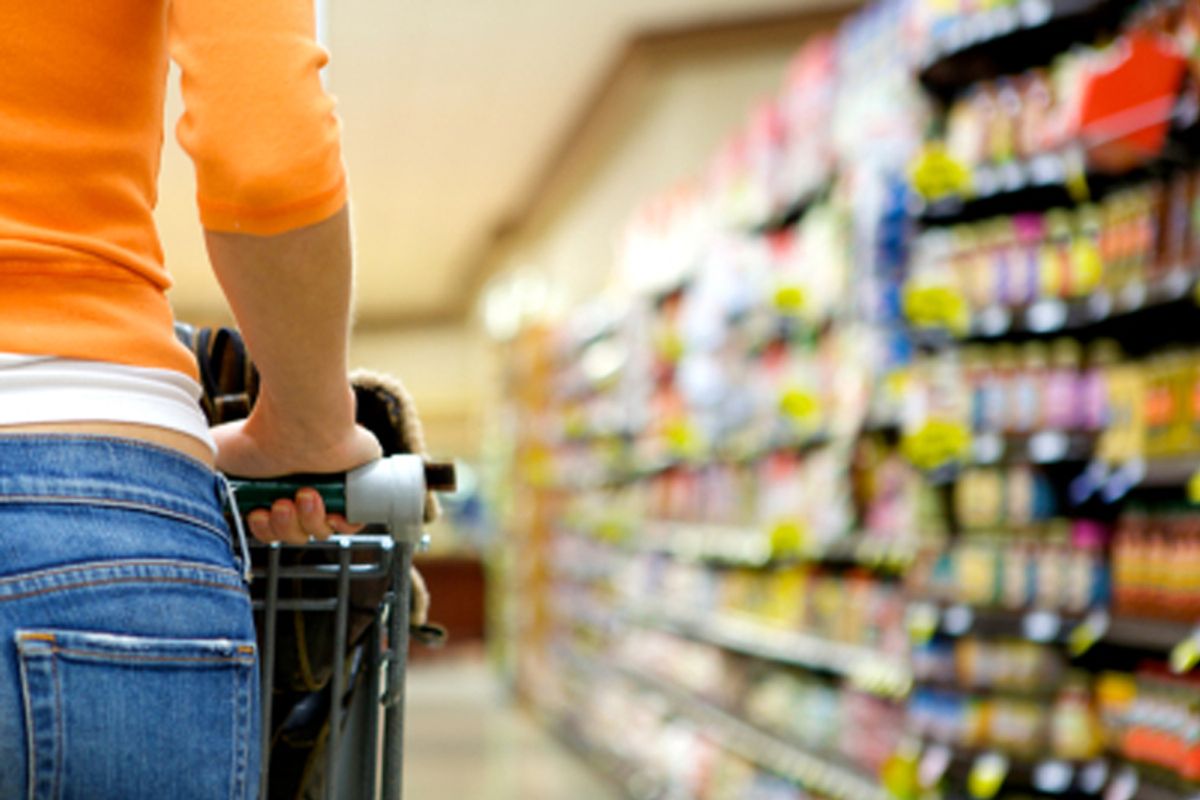 Just when you thought that bipartisanship was dead, many progressives can be found agreeing with most conservatives in opposing the adoption of a national consumption tax in the form of a value-added tax (VAT) of the kind that every other developed nation has.

The ironies are rich on both sides. Many of the conservatives who denounce the very idea of an American VAT support less efficient flat national consumption taxes, like the proposed Fair Tax. Meanwhile, many American progressives want a European-style welfare state, but don’t want to pay for it the way the Europeans do: with payroll and consumption taxes that fall on everybody, not just the rich. Instead, they dream of funding more generous Social Security benefits and a reformed Medicare program out of higher progressive taxes on the wealthy few -- something that not even the social democratic Swedes have done.

A little background. American cities and states employ sales taxes, but unlike other countries the U.S. has no major consumption tax like a VAT at the national level. Whereas other central governments rely on a triad of consumption, payroll and income taxes, the U.S. federal government relies chiefly on payroll and income taxes alone. While income tax rates have been lowered since the Reagan revolution, exemptions and deductions have removed the lower half of U.S. taxpayers from effectively paying any income taxes at all, although they still pay payroll taxes. This means that on the revenue collection side the U.S. federal tax system is much more progressive than those of Western Europe, which rely more on flat payroll and flat VAT taxes that fall more heavily on the middle and working classes than on the rich.

Fine, some American progressives say. Let the people who have received a disproportionate share of the gains from economic growth pay even more in progressive income taxes. There are three arguments, however, against basing social insurance benefits for the majority like Social Security, Medicare and unemployment insurance on progressive taxes that fall chiefly on the rich: a moral argument, a political argument and a macroeconomic argument.

Social insurance is not intended to be a transfer of resources from the rich to the poor. That is Victorian-style philanthropy, even if it happens to be mediated by government. Conservatives and libertarians want to roll back the clock to the 19th century by means-testing Social Security and Medicare, thus saving money by eliminating middle-class social insurance. Liberals should oppose the replacement of social insurance by means-tested charity, even if the deal is sweetened by paying for means-tested benefits for the poor only by progressive taxes on the rich.

The progressive ideal is benefits for everybody, including the rich, paid for by taxes on everybody, including low-income workers. Deficit hawks who claim that it is possible to save significant amounts of money by means-testing Social Security and Medicare to exclude the rich are either lying or ignorant. There are so few rich, as a percentage of the U.S. population, that eliminating their Social Security and Medicare benefits would hardly save any money. Only by reducing benefits for huge numbers of middle-class Americans would it be possible to reduce the costs of these entitlements by means-testing. So don’t believe deficit hawks who pretend to want to means-test Social Security in order to spend more money on the poor. It’s a cynical trick.

In his new book, "The Narcissism of Minor Differences: How America and Europe Are Alike," Peter Baldwin notes that "the U.S. tax system is at once less demanding and more progressive than the Continental European, while at the same time social benefits are stingier." He concludes: "Robin Hood may have helped the poor of Sherwood Forest by taking from the rich ... [But] [m]ost redistribution takes place via social spending, largely paid for by taxing the same groups that receive the bulk of benefits."

If the moral argument is that social insurance should consist chiefly of transfers within the middle class, rather than redistribution from rich to poor, the political argument is that invisible taxes like payroll taxes (taken out of biweekly paychecks) and consumption taxes like sales taxes and a VAT are more sustainable. The two tax revolts in the U.S. since the 1970s -- the property tax revolt that began in California and the income tax reductions under Reagan and George W. Bush -- both involved taxes that cause sticker shock on April 15, when many Americans are startled by the amount of money they owe. In contrast, few people have any idea of how much they have paid in sales taxes or how much has been withheld from their paychecks. This quirk of human psychology means that relying less on direct, progressive taxation might free the U.S. from the destructive cycle of voter tax revolts and the deficits that result when the same voters reject spending cuts.

Finally, there is the macroeconomic argument for basing national taxation chiefly on taxes paid by the majority of the population, rather than by a small rich minority. In a section of his new book, "Capitalism 4.0," titled "Progressives Will Fight for Less Progressive Taxes," Anatole Kaletsky points out:

The U.S. and British governments [with more progressive tax systems] both suffered big drops in revenues: 2.2 percent of GDP in Britain and 3.2 percent in the United States. In Germany [with a more regressive tax system], meanwhile, the revenue-to-GDP ratio increased by 0.9 percent of GDP. Translating these percentages into dollar figures, if the United States had a tax structure similar to Germany’s, the Federal deficit would have been $600 billion smaller each year.

Similarly, states like New York and California, with highly progressive state tax systems, are in much worse fiscal condition than states like Texas, which has no income tax at all and relies chiefly on property and sales taxes. Because the incomes of the few are much more closely tied to the stock market and other asset markets than the wages of the many, relying on a small number of financiers or tech billionaires rather than the moderately paid majority results in wild fluctuations in government tax revenues.

Kaletsky argues that over-reliance on progressives taxes creates “a perverse incentive for governments to promote income inequality. If the solvency of the state and the ability to fund basic services for the poorest people in society depends on the rich getting even richer, it is tempting for even the most progressive politicians to support widening inequalities.” Bill Clinton in the U.S. and Tony Blair and Gordon Brown in the U.K. succumbed to the temptation, deregulating Wall Street and the City of London at least in part out of hope that higher revenues from financial industry tycoons could fund progressive social spending.

None of this means that the affluent should not pay more taxes. Lifting the cap of income on the Social Security payroll tax above the first $106,800 of income would bring in more revenues through the existing payroll tax. A value-added tax could be made less regressive with a universal rebate, or with a narrow base that exempted necessities and turned the VAT in effect into a luxury tax. Some progressives argue that the wealthy are so powerful in the U.S. that the inevitable result would be a VAT without measures to make it less regressive. If that is the case, then surely that also spells doom for the alternative of greatly increasing progressive income taxation on the rich.

The best way to address income inequality in America is to focus on reducing exorbitant and unproductive pre-tax incomes, rather than redistribution. We want people to get rich by inventing new products or by long-term investment in enterprises that create jobs and wealth in the U.S. But steep inheritance taxes can nip hereditary dynasties in the bud. A financial transaction tax can close off short-term speculation as a road to riches, while encouraging patient investors. Capital gains can be taxed at the same rate as other forms of income. And control of professional certification can be taken away from the American Medical Association  and American Bar Association and other cartels, so that America’s overpaid professionals can no longer rig entry requirements in their fields to drive up their fees.

Adding a VAT to the payroll tax and the income tax would make the U.S. tax system less progressive. It would also make the U.S. tax system less vulnerable to tax revolts and fluctuations in the value of stocks and real estate. And if general revenues were needed to shore up the payroll tax base of social insurance programs like Social Security and Medicare, infusions from a VAT would maintain the character of these as programs that are paid for by the same broad middle class that benefits from them.

For all these reasons, anti-VAT progressives should reconsider a position that puts them in the same camp as Tea Party libertarians instead of European social democrats. A left-right coalition against an American VAT is bipartisanship of the most misguided kind.