Ex-wife: Newt's too busy getting rich to run for president

A decade after Newt dumped her, Marianne Gingrich gives a wide-ranging, eye-opening interview to Esquire 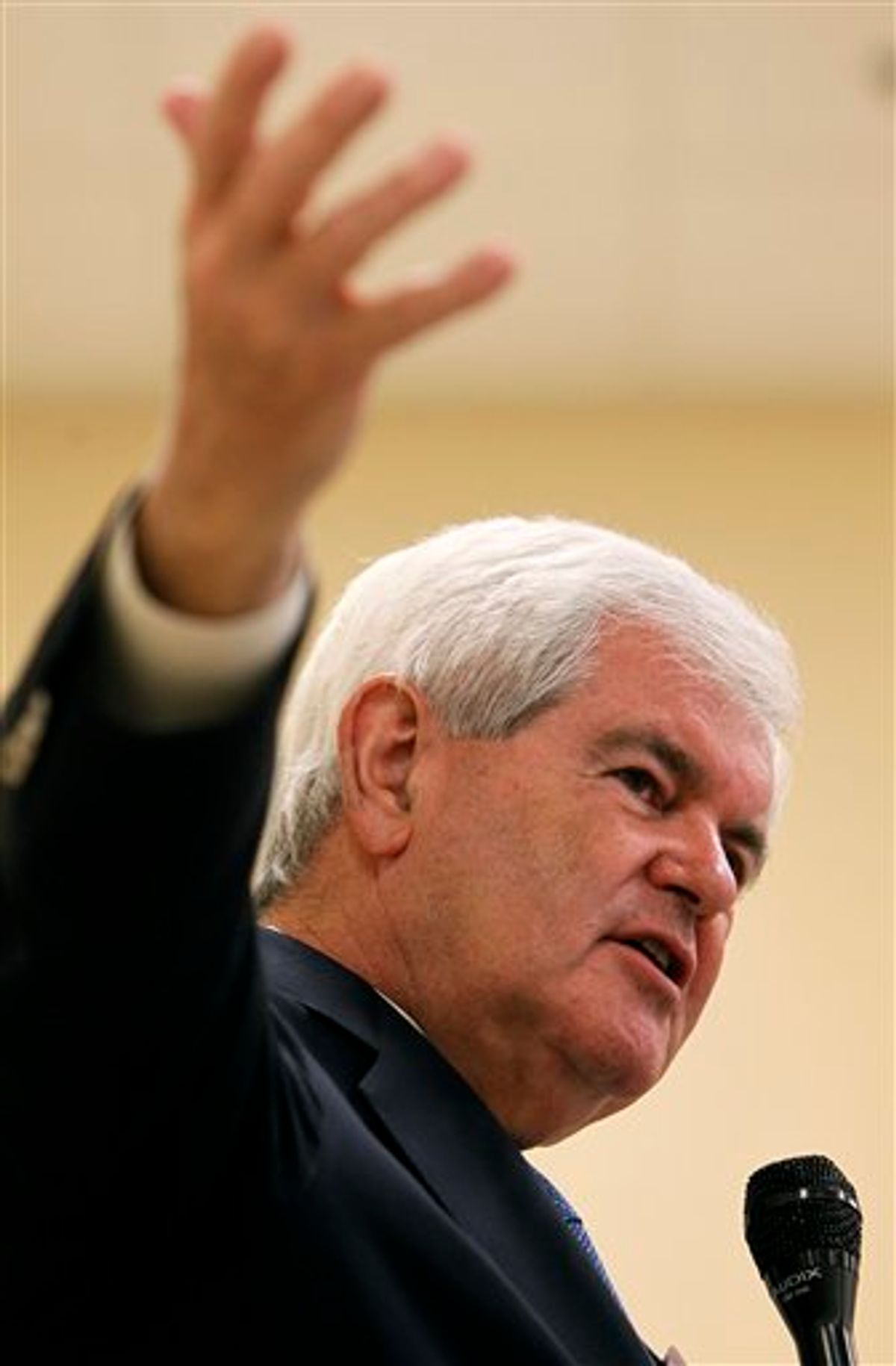 Esquire's John H. Richardson has an epic profile of Newt Gingrich that features extensive interviews with Marianne Gingrich, Newt's second wife and the woman he divorced in 2000 to marry an aide who is 23 years his junior.

Despite the recent hype, Marianne does not believe Newt is really serious about running for president. Why not? He's too busy making lots and lots of money. Here's Esquire:

He wants to run for president.

She gives a jaundiced look. "There's no way," she says. She thinks he made a choice long ago between doing the right thing and getting rich, and when you make those choices, you foreclose other ones. "He could have been president. But when you try and change your history too much, and try and recolor it because you don't like the way it was or you want it to be different to prove something new ... you lose touch with who you really are. You lose your way."

So how is Newt making all this money?  With a network of non-profit and for-profit groups that are financed by industry and are devoted above all to promoting Gingrich himself. It turns out this very much resembles the setup that got Gingrich fined $300,000 by the House ethics committee in the 1990s. A sample:

Then there's the Center for Health Transformation, another group Gingrich runs. On its Web site, it describes its work in Georgia as a model for all its efforts and says the "cornerstone" of its work is a group called Bridges to Excellence. But CHT "had zero role in creating Bridges to Excellence," says François de Brantes, the group's CEO. CHT helped with organization for one year and hasn't been associated with them since 2008. The CHT Web site also singles out the "Healthy Georgia Diabetes and Obesity Project" as its major diabetes effort, but that was news to the American Diabetes Association. "We were not able to find any information about this," says the ADA's communications director, Colleen Fogarty. "The person that was in contact with them is no longer here." It turns out that the CHT is a for-profit outfit that charges big health insurers like Blue Cross and Blue Shield up to $200,000 a year for access to the mind of Newt Gingrich.

One of Gingrich's former advisors told The Washington Post that he's "making more money than he ever thought possible, and doesn't have to tell everybody where it's coming from."

Other highlights: Marianne claims, among other things, that Gingrich started dating his first wife, his high school geometry teacher, when he was 16 -- not 18, as he has said.

The whole profile is definitely worth a read.