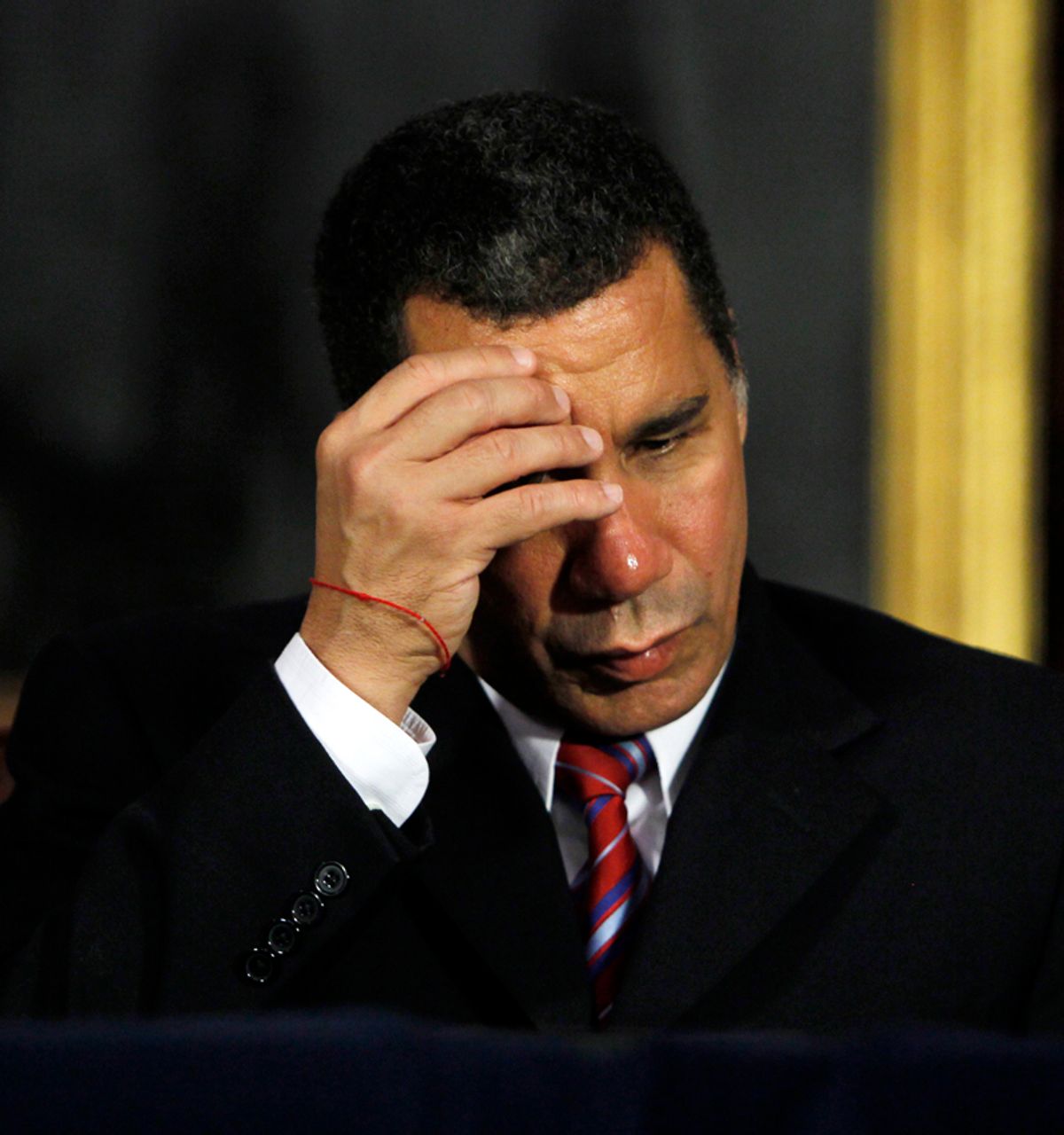 New York Gov. David Paterson listens to a speaker during a legislative leaders budget meeting at the Capitol in Albany, N.Y., on Wednesday, June 16, 2010. Paterson has given lawmakers a June 28 deadline to complete the state budget, which was due on April 1. (AP Photo/Mike Groll) (Mike Groll)
--

A plan floated today by New York Gov. David Paterson to provide state property at an alternative site to the organizers of the "ground zero mosque" could violate the constitutional prohibition against the establishment of religion, two legal experts tell Salon.

Paterson said today that he does not have a problem with the plan to build an Islamic center called Cordoba House near ground zero, but because of the outcry against it he made this offer: "if the sponsors were looking for property anywhere at a distance that would be such that it would accommodate a better feeling among the people who are frustrated, I would look into trying to provide them with the state property they would need."

But, said Boston University School of Law professor Jay Wexler, if Paterson is proposing donating state land for a mosque or selling the land at a discount, the plan could be successfully challenged in court. "They're really giving government aid to religion -- the aid is the break betwen fair market value and whatever they're selling it for. That's almost like they're giving a bunch of money to mosque," said Wexler, author of a book on church-state legal battles.

In an interview with Salon, Paterson spokesman Morgan Hook acknowledged there are potential constitutional issues. "There are church and state issues here. Obviously there are very large concerns about how involved the state can be. We're looking into that," Hook said.

Hook emphasized that the governor was aiming to alleviate tensions by "offering to mediate a conversation between the planners and those who are against the project." He said the governor's office has not identified a plot that it has in mind and that in any case the governor was not proposing donating state land for free.

But Paterson's comments raised the hackles of advocates of separation of church and state.

Barry Lynn, executive director of  Americans United for Separation of Church and State, told Salon there is case law barring use of government funds to house an entity that, like Cordoba House, is going to be used even in part for religious purposes.

"I think the governor should really back off this idea," said Lynn. "When a private group wants to build a center that contains a mosque on their own private property they have a right to do that."

Even a plan to sell state land at fair market value to the mosque organizers could be vulnerable to challenge.

"You start saying well the bidding is open and closed with this one group, that would raise problems," said Lynn. "You cannot cut special deals with religious groups without raising constituional red flags."

Wexler, the law professor, said that in the case of a sale, the state would probably argue "they're taking an action that does not have a purpose to promote religion. The purpose is to avoid offense, or to diffuse this whole thing."

Of course, we may never find out -- no one has taken up Paterson on his idea yet.