No word on Aqua Buddha from the would-be senator 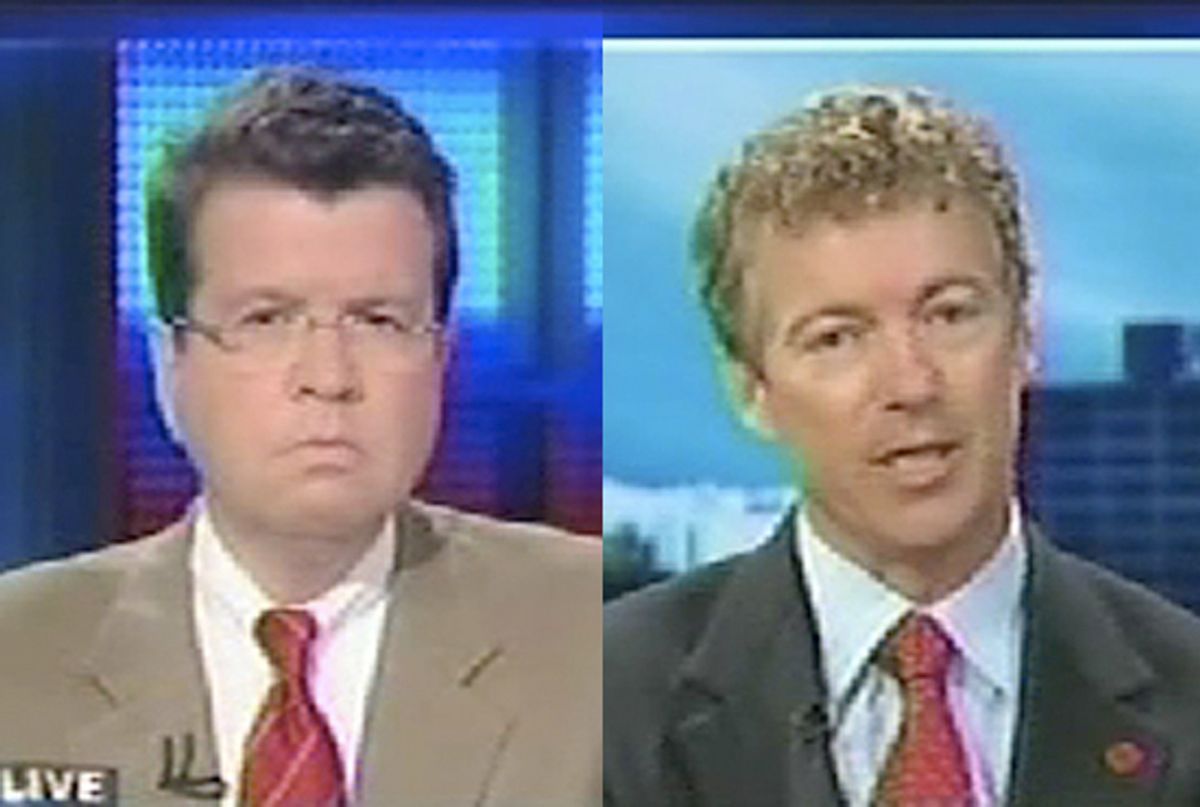 Rand Paul categorically denies kidnapping and blindfolding a woman and forcing her to smoke from a bong and worship "Aqua Buddha."

But while that was the funniest anecdote in the original GQ story, the meat of it was that he was in a liberal "secret society" that engaged in blasphemy to poke fun at the religious conservatives who dominated Baylor, the college he effectively dropped out of. Paul does not mention anything about that.

Paul does say that "they also have pictures of me with aliens," without saying who "they" is, leading to the impression that the stories came from the Weekly World News, and not from a generally respected reporter writing for a major magazine. Which, you know, really doesn't lead me to believe that nothing resembling the Aqua Buddha incident ever happened.

(Again, wouldn't cool, libertarian, rEVOLution Rand Paul just be like, "yeah, boy, we did some crazy shit in college, but now I am a serious medical doctor and Senate candidate" and move on?)