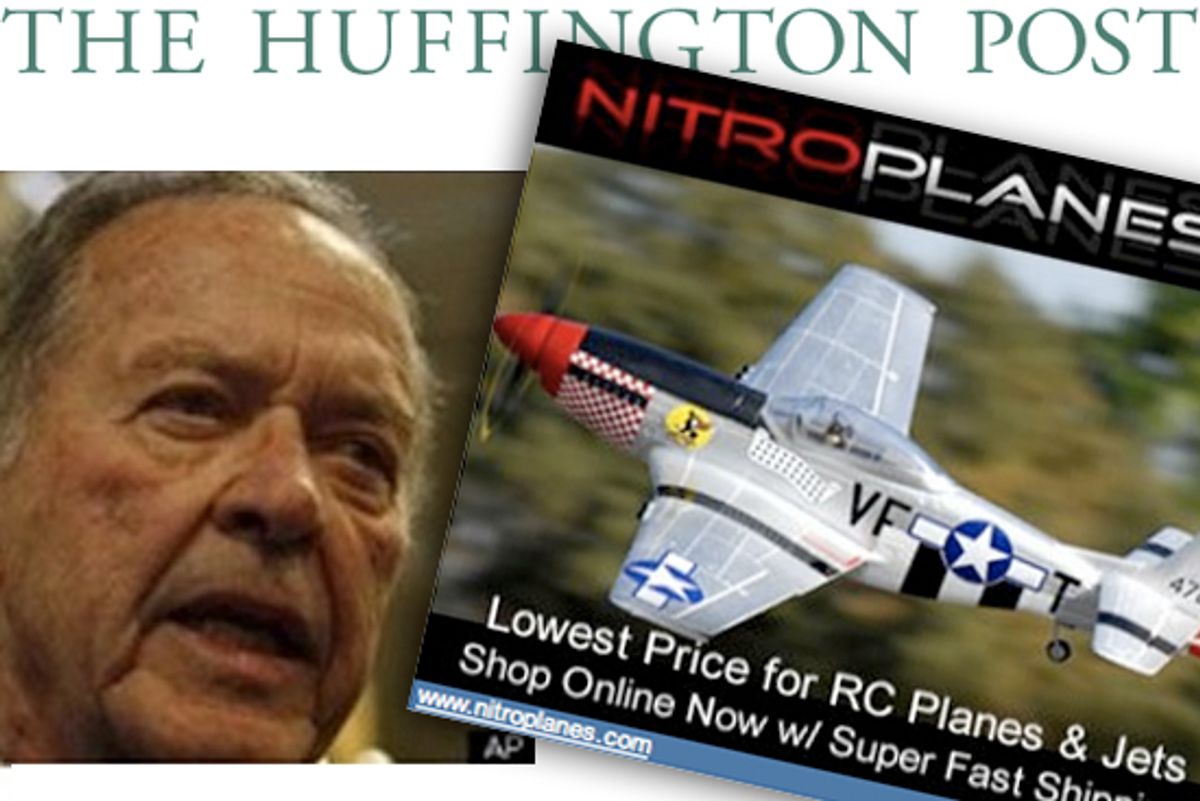 The automatically generated advertisements on the Huffington Post's story on the deadly plane crash that reportedly claimed the life of former Senator Ted Stevens are all for radio controlled airplanes. Because, you know, if you're reading about this, you are probably an airplane enthusiast. (I know no humans are directly responsible for this sort of thing, but at this point the internet advertisemement robots should be taught not to place airplane ads on plane crash stories.)