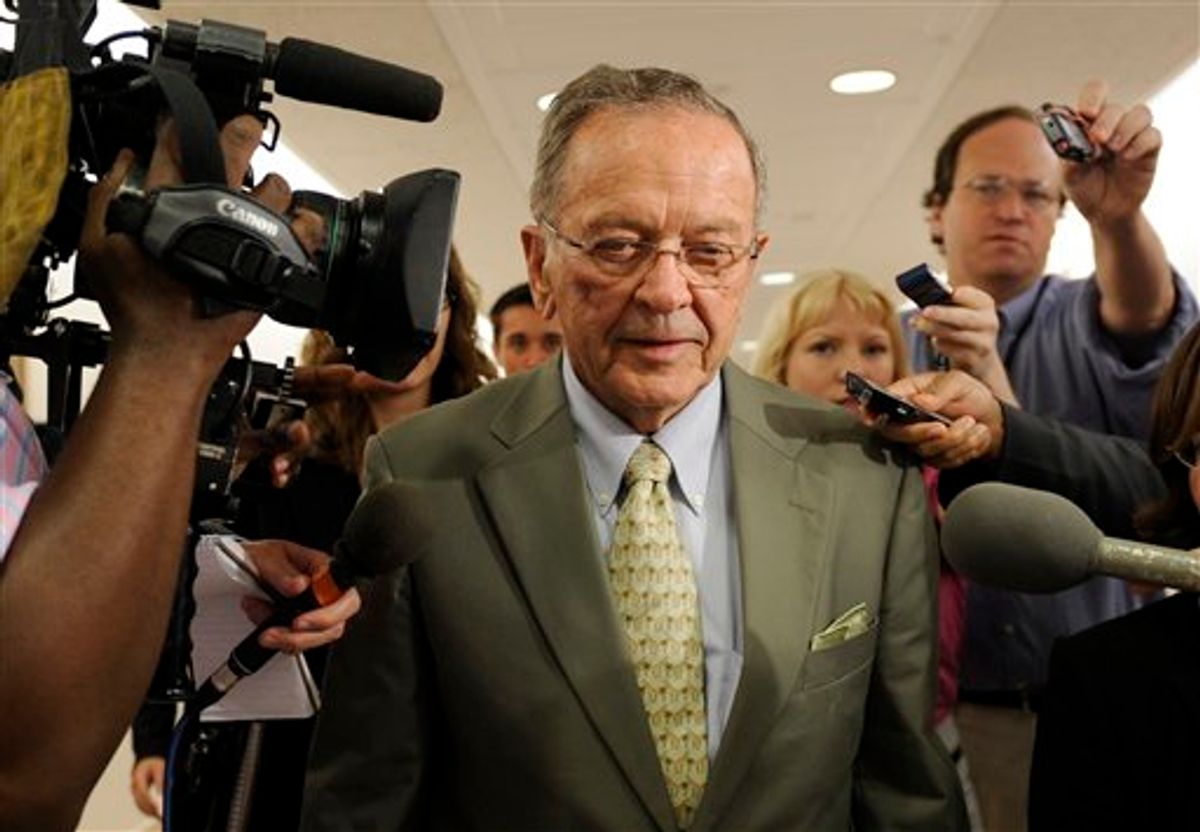 Sen. Ted Stevens, R-Alaska, is surrounded by reporters as he leaves a committee meeting on Capitol Hill in Washington, Wednesday, July 30, 2008. Stevens was indicted Tuesday on charges that he lied about gifts from an oil company on a Senate disclosure form. (AP Photo/Susan Walsh) (Associated Press)
--

[Update: Alaska NBC affiliate KTUU reports that former Ted Stevens is among those killed in the plane crash near Dillingham last night, according to his former aide and longtime friend Dave Dittman. The conditions of the survivors and the names of the others who died are still not known.]

[Update 2: Reuters reports that Dittman has released a second statement saying that Stevens death "has not been confirmed."]

[Update 3: The Associated Press has confirmed that Stevens was killed. The status of O'Keefe is still unknown.]

Former U.S. Senator Ted Stevens and former NASA administrator Sean O'Keefe were both in a deadly plane crash near Dillingham, Alaska last night. Officials so far will not confirm if Stevens and/or O'Keefe are among the five dead (out of eight passengers).

In 1978, Stevens was aboard a Learjet 25C that crashed in Anchorage, killing five people, including Stevens' wife, Ann. Nick Begich, the father of Stevens' successor in the Senate, Mark Begich, died in the 1972 plane crash that also killed then-House Majority Leader Hale Boggs.

Stevens served in the Senate from 1968-2009. He was defeated in an election following his felony conviction for making false statements and failing to report gifts. The conviction was later voided.

One person on the plane is reported to have sustained injuries, and the status of the rest is unknown.