Democrats' Worst Week Ever not looking so bad now 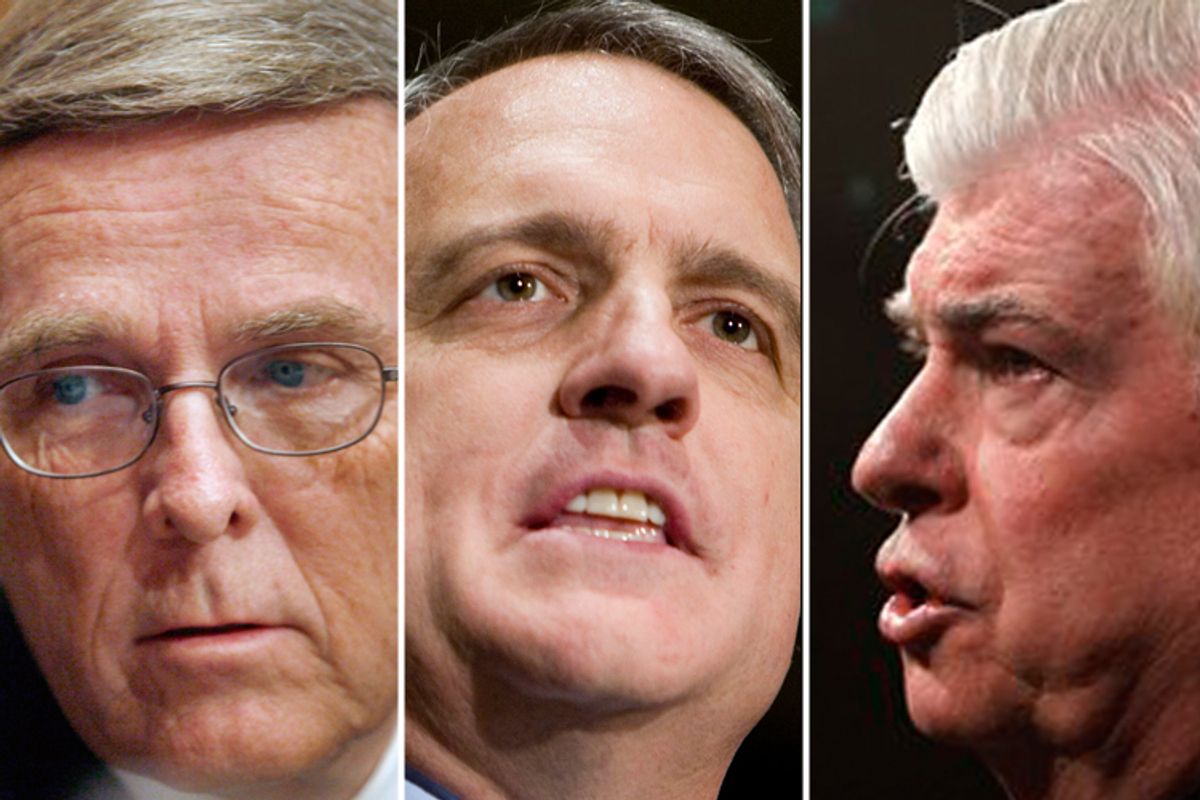 In the wake of yesterday's primary elections in Connecticut and Colorado, it's worth revisiting the first week in January, when -- in the same 24-hour period -- word leaked that Chris Dodd, Connecticut's five-term Democratic senator, and Bill Ritter, Colorado's Democratic governor, would not be seeking reelection this year. And in that same window, North Dakota Democrat Byron Dorgan also decided not to run for another Senate term.

Faced with this confluence of Democratic retirements, the instant and overwhelming pundit consensus was that terrified Democrats were fleeing the battlefield in panic and that a wave of retirements would soon follow, creating new and unexpected openings for Republicans to pick up congressional seats and governorships. "Democrats are dropping like flies," ABC's The Note declared.

Largely lost in the hysteria was the fact that two of the retirements actually improved Democrats' fall chances -- a reality that was underscored by last night's primary results.

In Colorado, John Hickenlooper, Denver's mayor, will take Ritter's place on the ballot. Ritter, like all governors, had seen his popularity decline with the economy. Hickenlooper doesn't have the baggage of incumbency, though. And he'll be facing a fringe Republican candidate, Dan Maes. Maes only won the GOP nomination because his rival, Scott McInnis, was ruined by plagiarism revelations.  Before Ritter announced his retirement, the odds were good that Democrats would lose Colorado's governorship. But today, on the first official day of the fall campaign, they are poised to retain it.

The story is similar in Connecticut, where Dodd was a goner as long as he stayed in the Senate race. Fair or not, the controversies that have swirled around him for the last few years had wrecked his poll numbers. Voters were so eager to throw him out that virtually any Republican would have beaten him. His replacement, Attorney General Richard Blumenthal, is in a much better position. Yes, allegations that he embellished his Vietnam-era service have taken their toll, but the most recent poll still has Blumenthal 10 points up on Linda McMahon, who won the GOP nomination yesterday. Blumenthal-McMahon may yet end up a dogfight, but Democrats have a good chance of retaining Dodd's seat -- a vast improvement from before his retirement announcement, when they had no chance.

True, Dorgan's retirement did force Democrats to all but concede his seat to the GOP, which is fielding the state's governor, John Hoeven, as its candidate. But the real significance of Dorgan's retirement, we were told back in January, was that it portended a tide of similar surprise announcements. But, in the Senate and the House and in State Houses across the country, that really hasn't been the case; retirement numbers for Democrats this year aren't remarkably high.

This doesn't mean November won't be rough for Democrats. But we knew that before their Worst Day Ever back in January. The only thing that was significant about the events of the first week of January was that they slightly improved the Democrats' bottom line for November.