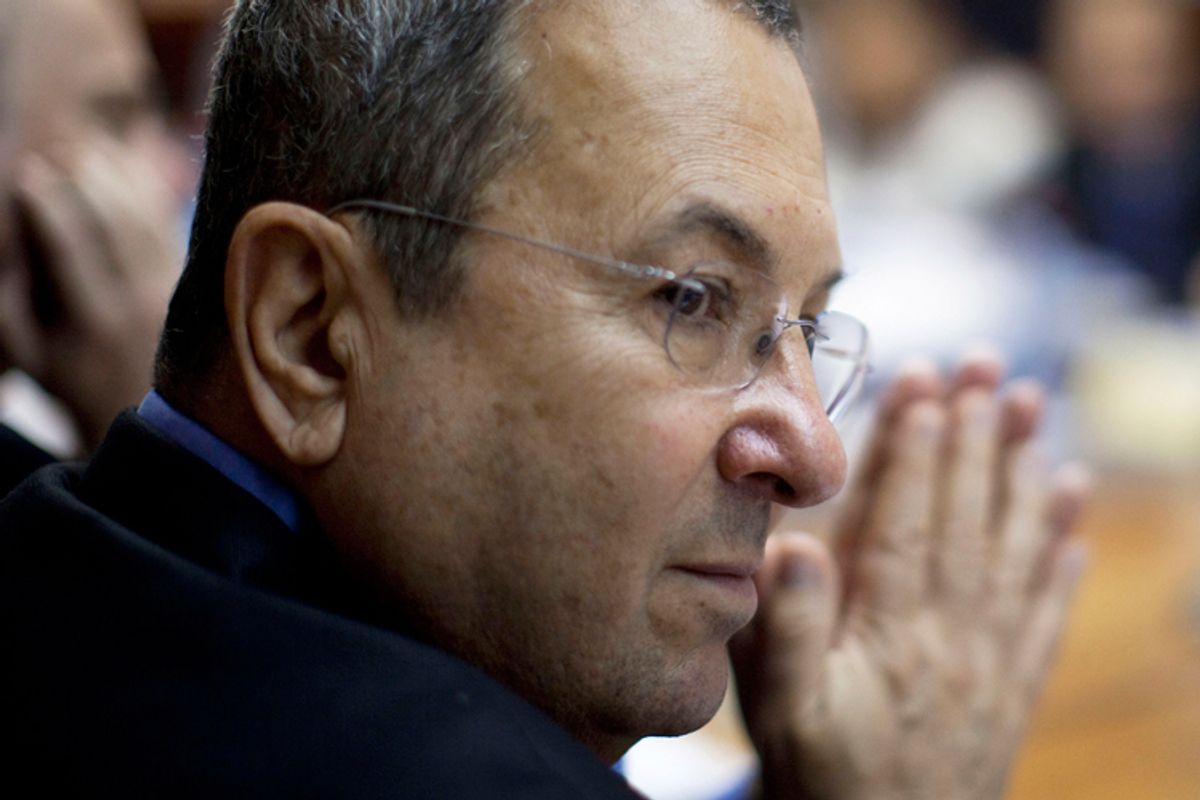 Jeffrey Goldberg is out with a monster piece that, together with the Atlantic's cover art, will do a fair amount of legwork in mainstreaming the idea that bombing Iran is a good and justifiable idea.

There's an awful lot here, but let's focus on a quote from Israeli Defense Minister Ehud Barak buried in the Goldberg piece that strikes at some broader world-historical issues with the Jewish state. Check out this passage:

Other Israeli leaders believe that the mere threat of a nuclear attack by Iran -- combined with the chronic menacing of Israel’s cities by the rocket forces of Hamas and Hezbollah -- will progressively undermine the country’s ability to retain its most creative and productive citizens. Ehud Barak, the defense minister, told me that this is his great fear for Israel’s future.

"The real threat to Zionism is the dilution of quality," he said. "Jews know that they can land on their feet in any corner of the world. The real test for us is to make Israel such an attractive place, such a cutting-edge place in human society, education, culture, science, quality of life, that even American Jewish young people want to come here." This vision is threatened by Iran and its proxies, Barak said. "Our young people can consciously decide to go other places," if they dislike living under the threat of nuclear attack. "Our best youngsters could stay out of here by choice."

This is a remarkable statement from the former prime minister of Israel. He's explicitly saying that Israel is not necessary as a refuge for the world's Jewry.  His statement lays bare the most glaring contradiction of contemporary Zionism: Why is it necessary to do things like raze Bedouin villages, bar African immigrants, and worry about the growing Arab population -- all in service of preserving the Jewish character of the state -- when, as Barak says, "Jews know that they can land on their feet in any corner of the world"?

Barak is, in effect, agreeing with the formulation of the late historian Tony Judt that caused so much controversy when he wrote it in 2003: that Israel is an anachronism. Here's the key passage from Judt's New York Review of Books essay:

The problem with Israel, in short, is not -- as is sometimes suggested -- that it is a European “enclave” in the Arab world; but rather that it arrived too late. It has imported a characteristically late-nineteenth-century separatist project into a world that has moved on, a world of individual rights, open frontiers, and international law. The very idea of a “Jewish state” -- a state in which Jews and the Jewish religion have exclusive privileges from which non-Jewish citizens are forever excluded -- is rooted in another time and place. Israel, in short, is an anachronism.