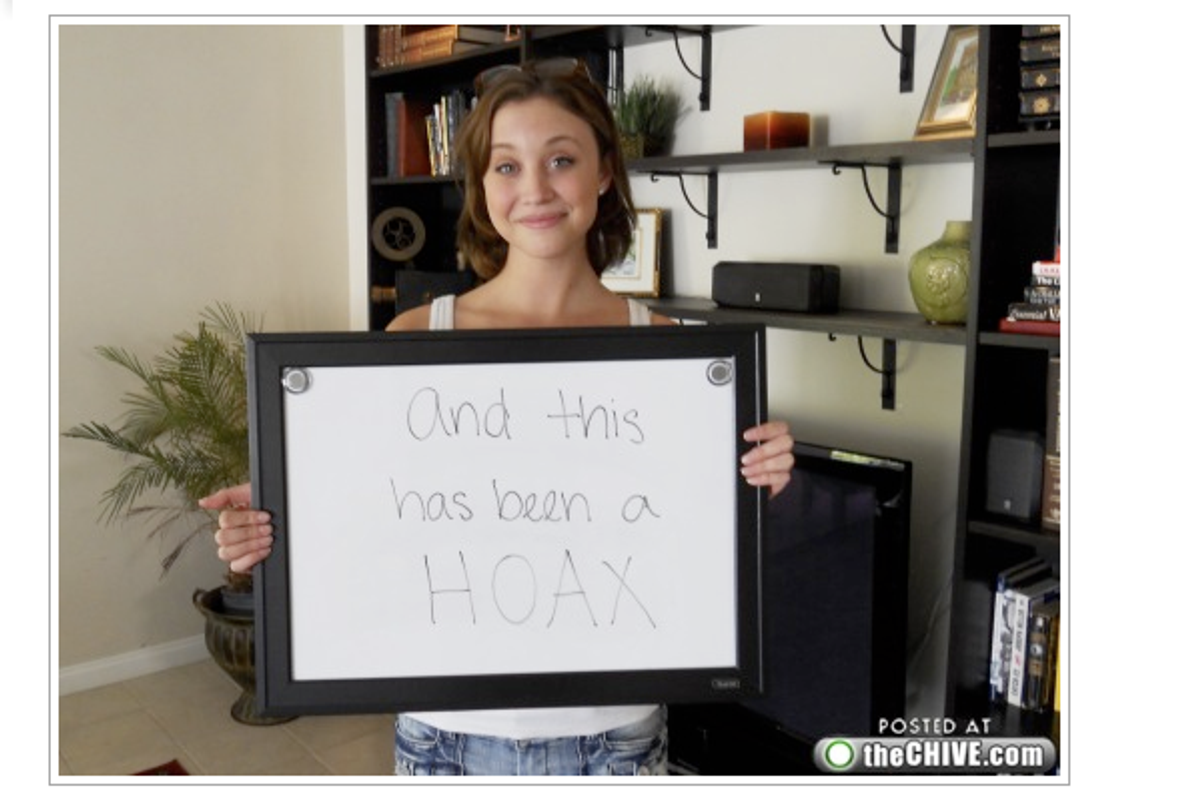 If only the public had confirmation that "Chocolate Rain" or the smoking baby were also hoaxes, all the world could be put right again. Yesterday, a series of 33 pictures of a pretty young girl named Jenny excoriating her boss and quitting her job via dry erase board hit the Web and spread like wildfire. Hot on the heels of Steven Slater's folk-hero evacuation of a JetBlue plane it looked like the world would get another example of how to "go big" when burning an employment bridge.

Alas, it was all a hoax, put on by website TheChive.com, and featuring an actress from Colorado named Elyse Porterfield. The girl answered an ad, got hired, and voilà! Thousands of people redefined gullible. CNET has more detail on the 22-year-old woman herself, and even ABC News covered the viral ruse. Blog Chattahbox has more information on the real winners here, TheChive.com's Resig brothers.

Not everyone was fooled, though -- Deadspin figured the whole shebang was a fake from the get-go.