I'll pass you my notes from baking school

The best baker I know is teaching me the ways of bread, and I'm happy to show you my homework 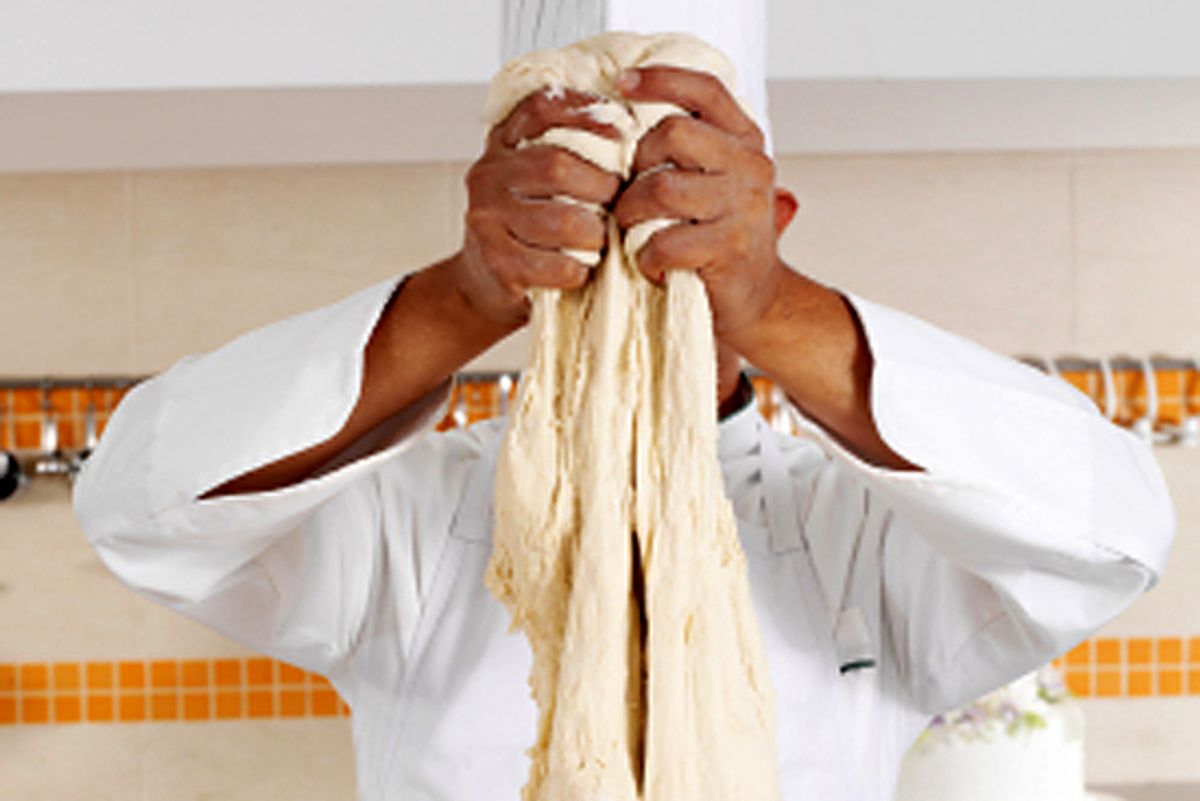 I'm going to baking school this week, and I'd love for you to come with me. But before you do, I have to warn you: Serious bakers are, as a rule, a little bit crazy.

This was news to me, too, but I should have suspected something when, years ago, my old friend Shelby stood up in a room of 50 people and said, "I'd like to introduce you to some close friends of mine. They're all cakes." My suspicion should have grown when I read about a baker in Anthony Bourdain's "Kitchen Confidential," who would call the restaurant when he was strung out of his mind, yelling for someone to take care of his sourdough starter. "Feed the bitch!" he would squeal. And I really should've known something was up when a friend told me she was scared of a co-worker who kept saying that bread was his religion, and that his soul lives in his dough. (He was also fond of saying that people just don't understand him.)

But it was finally a visit a couple years ago from Shelby that convinced me. Our conversation had been light, full of catching up and laughter. He'd been running Bake!, a school at Zingerman's Bakehouse in our college town of Ann Arbor, Mich., and was inviting me to come take some classes with him. But then I brought up the idea of slicing into a loaf of bread still hot from the oven, and suddenly his face grew grim. His voice flattened. His eyes went faraway, and he said, "I have to cut open hot loaves to show my students the crumb, but I smell it, and ... I'm revolted. I feel I've done the bread a disservice."

He spoke slowly, disapprovingly, disappointedly. "When you cut open a loaf of bread before it's finished cooling, you let all the steam out. That steam carries all these flavors that should stay in the bread. Now it will never taste as good as it would have. You let the spirit out of the bread. It's not like the spirit is coming back." He paused to collect himself. Then he finished: "You f*&^#d it up ... because you had to be a [BLEEP BLEEP] and eat hot bread."

Yeah, so maybe he's a little nuts, but this is the person you want teaching you about bread. And I aspire to that kind of crazy. I'll be learning from him this week, as a guest of his school's Bakecation program. I hope you come hang out with me after class so I can slip you my notes as we go from quick breads and flatbreads to yeasted loaves and all the way to real-deal sourdoughs. We'll talk about how to make starters, mixing and kneading dough, how to bake serious bread in a home oven ... and, if you happen to have built, like Shelby has, a wood-burning oven in your backyard out of mud and dirt you dug yourself, in that thing, too. So come along and ride on this fantastic voyage.

Oh! And you should feel free to ask any questions you might have about bread baking in the comments, or e-mail them to me directly at food (at) salon (dot) com. I'll do my best to find answers for you, and I'll reply to them in a later post.