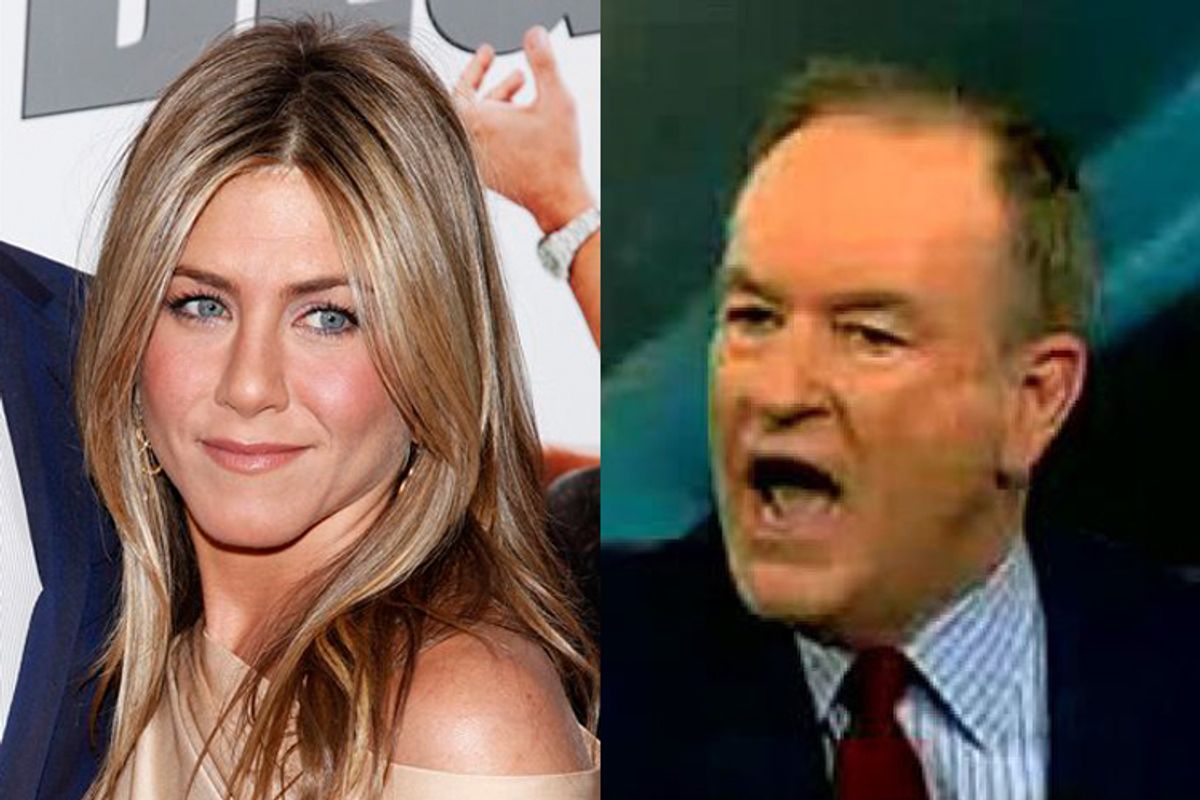 Bill O'Reilly seems to believe that unwed Jennifer Aniston's desire for a baby signals the decline of Western civilization. (Reminds me how after watching a recent episode of "The Real World" my dad offered a mostly joking revelation: "America is in collapse.") Fox's prophet of cultural doom was set off yesterday by a comment the 41-year-old made this weekend during a press junket for "The Switch," a movie about a single woman seeking a sperm donor.

Before we continue our Dante-esque descent into the nine circles of O'Reilly insanity, let's review what Aniston actually said:

Women are realizing it more and more knowing that they don't have to settle with a man just to have that child. Times have changed and that is also what is amazing is that we do have so many options these days, as opposed to our parents' days when you can't have children because you have waited too long.

Now to what O'Reilly said: "She's throwing a message out to 12-year-olds and 13-year-olds that, 'Hey you don't need a guy. You don't need a dad.' That is destructive to our society." He continues, "The fathers who do try hard are under-appreciated and diminished by people like" -- he sneers -- "Jennifer Aniston."

O'Really? That's what she's saying? Funny, because it sounded to me like she was saying, well, what she said, which is that women are realizing that "they don't have to settle with a man just to have that child." That doesn't mean that it's preferable, that men are irrelevant or that being a single mom is a walk in the park. It means that women have options these days. Terrifying, isn't it, Bill?