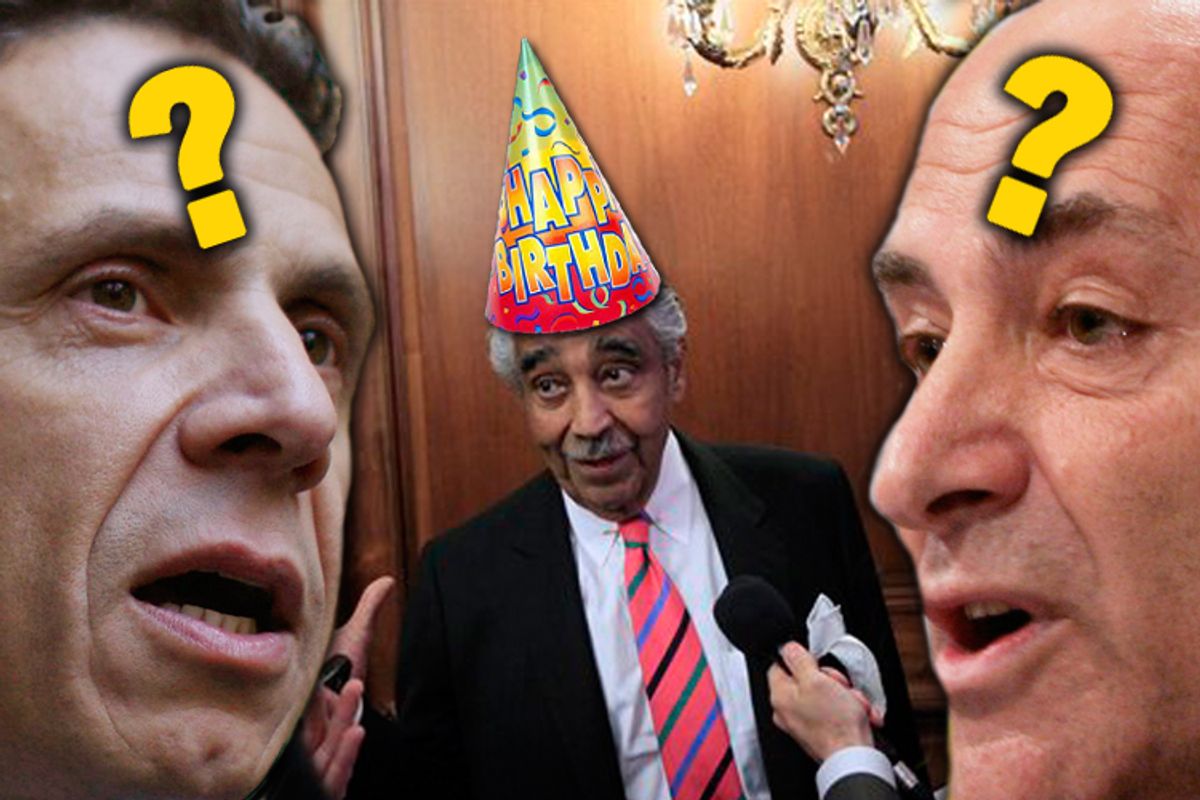 Rangel's birthday party is always a well-attended party, but most years the longtime congressman is not facing multiple ethics charges. Rangel's campaign sent out a memo claiming that Senator Chuck Schumer and would-be Governor Andrew Cuomo will both be speaking at the gala at the Plaza Hotel. But neither Cuomo nor Schumer have confirmed their attendence.

Rep. Joe Crowley is to introduce the “master of ceremonies” Gov. David Paterson, who briefly wavered about sticking to his agreement to participate, but apparently is back on board. Other speakers include: Assembly Speaker Sheldon Silver, Mayor Bloomberg, Sen. Kirsten Gillibrand, and NYC Council Speaker Christine Quinn.

Paterson is, according to this memo, to acknowledge the presence of former NYC Mayor David Dinkins and his father, ex-state Secretary of State Basil Paterson. And then Rangel speaks. Dionne Warwick will take the stage after the congressman, and then do a “Happy Birthday” duet with Chuck Jackson.

You want to be at this party, right? Unfortunately, public tickets are sold out. But keep checking CharlieRangel.org to see if more are made available!