Why extend unemployment or pass more stimulus? Anyone who really wants a job has a 20 percent chance of getting one 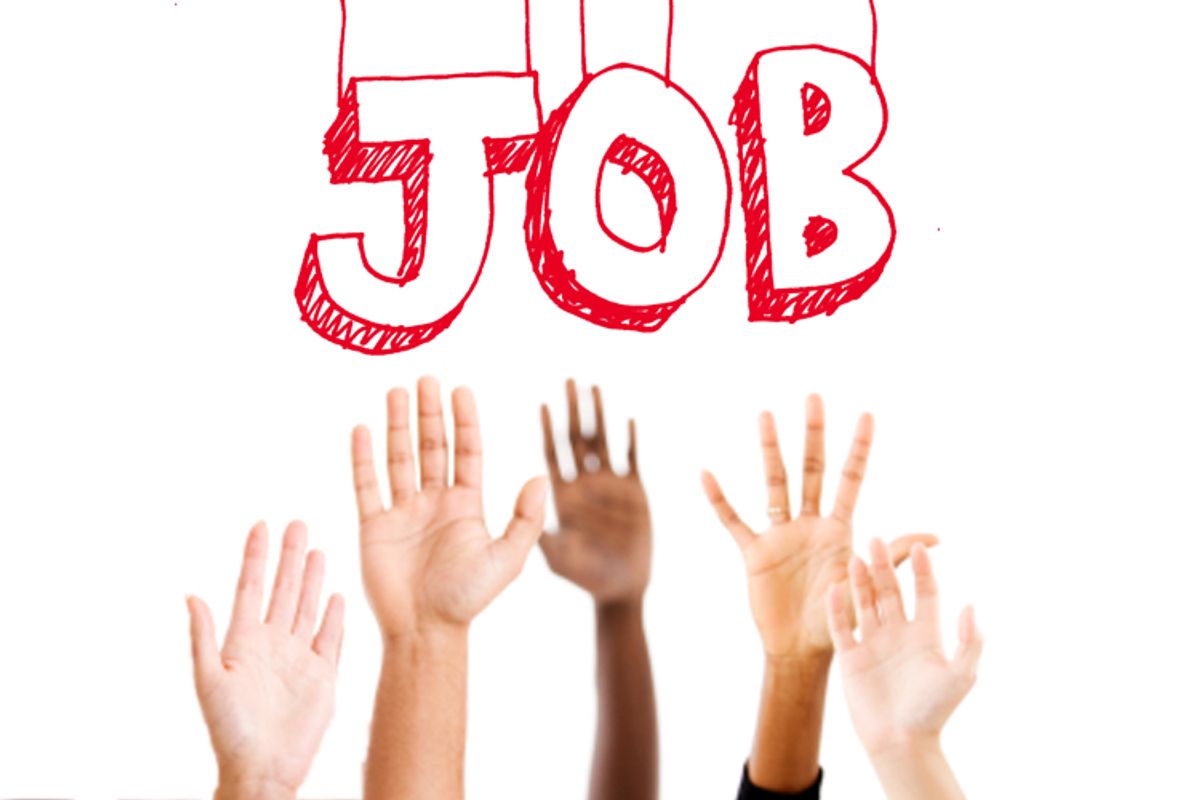 As the Wall Street Journal taught us on Monday, the reason why millions of people in this nation are jobless is because many of them just don't feel like working. Employers across the nation are desperate for people to take 15 percent pay cuts and move to Dubai. But no one is applying! Have the unemployment benefits made them lazy? Yes, obviously. Because if they really wanted jobs, they could fight four other people to the death to get them.

According to new data from the Labor Department, the number of unemployed workers per job opening has plummeted -- plummeted! -- to almost five. That's almost where we were in December of 2008!

There are also fewer job openings than there were a few months ago, which means that this dramatic drop-off is thanks to the brave men and women who have simply given up on finding work, making the numbers look much better for everyone else. Our labor force participation rate is the lowest it's been since 1984, which, if I remember correctly, was Morning in America.