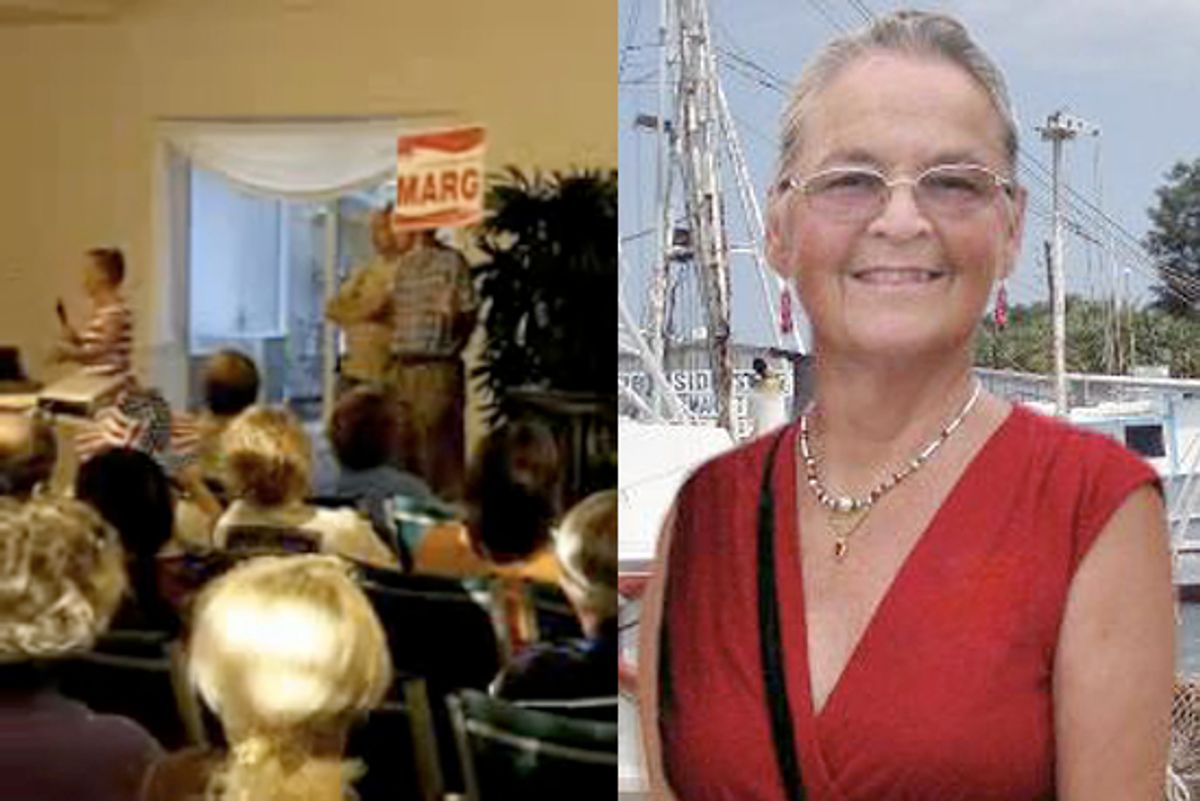 In an interview with Salon today, a Republican candidate for the Florida state Legislature stood by her controversial idea to arrest illegal immigrants and send them to "camps" where they can be held en masse.

"We can ship them out to the middle of the country and put up high walls and leave them there," said Marg Baker, the middle-aged real estate broker vying for the Republican nomination in the state's 48th district, north of Tampa.

Baker was filmed advocating the camps idea at a local meeting of the 9-12 Project, Glenn Beck's activist group, earlier this month (watch the clip below). She told Salon today that she was upset at the way some had misinterpreted her comments. "They're trying to think I want to erect some sort of prison camps like over in Germany" -- which she is not, Baker said.

Asked if what she had in mind was more like the Japanese internment camps of the World War II era, Baker said, "something like that. But unfortunately in the Japanese camps they detaineed American citiziens. The only ones I want to detain are the ones who are illegal."

She added, "You've gotta have places for them to eat and sleep and breathe fresh air. It can be a tent city ... You don't want to make them too comfortable or they'll want to come back."

The AP reports that other Republican candidates for the seat have rejected the idea.

She stressed to Salon that she would want all illegal immigrants, not just Hispanics, put in the camps. Though she added, cryptically, "the people are walking among us, and who knows."