"How to Be Alone"

A lovely new viral video beseeches you to eat dinner alone, take a solo stroll and enjoy yourself, already 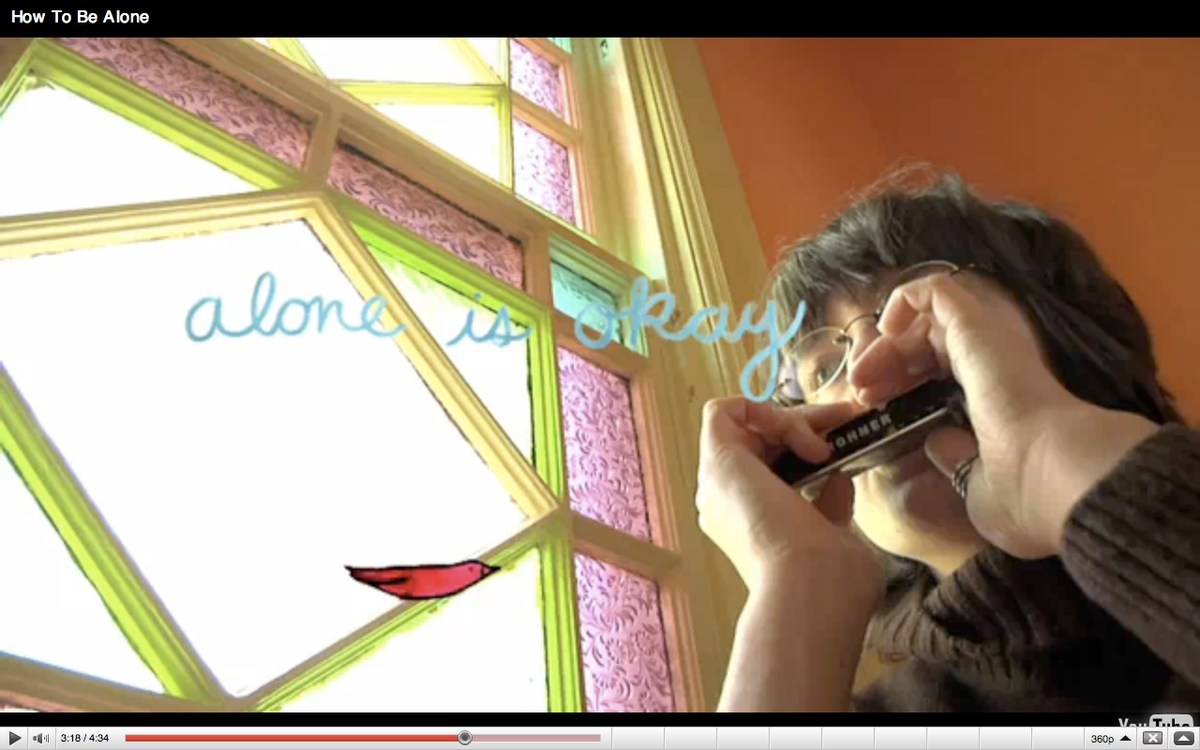 I wish my teenage self had come across this video, watched it, believed it and followed its every instruction. I say that as someone constitutionally opposed to life how-to's and anything bordering on preaching -- but this video of Tanya Davis' poem "How to Be Alone" is an exception. It is mostly what it sounds like: advice on how to be alone without being lonely. Not only that, but how to enjoy flying solo -- whether it's merely doing things by yourself or refusing to jump into a relationship just to be in a relationship.

This isn't just a "lady thing," although the poem is written by a woman and the video is shot by a female director. Nor is being alone something you merely learn to cope with out of desperation, but something you learn because it's essential to happiness -- even, maybe especially, when you're surrounded by people. As Davis writes: "If you're happy in your head, then solitude is blessed and alone is okay" -- especially after watching this video.