Should we be outraged by this alleged joke or relieved at this Montreal nightclub's honesty? 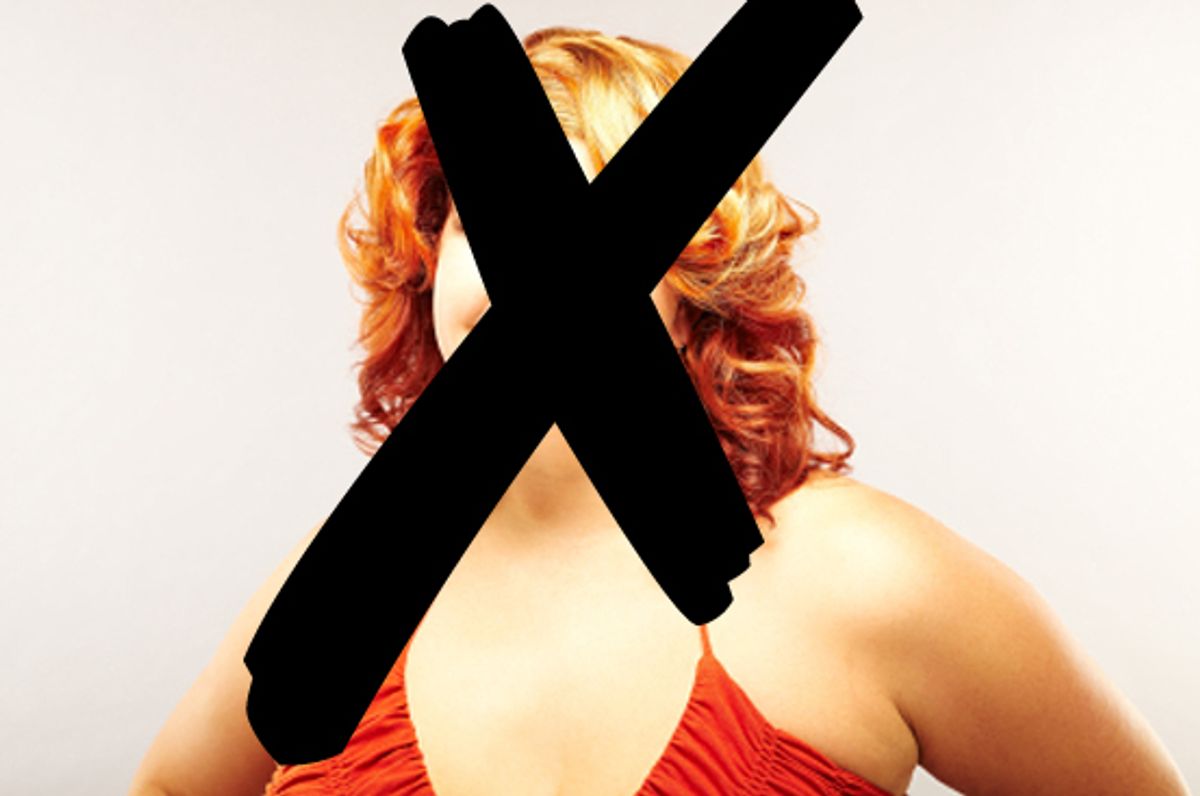 Young female model wearing red dress. She is smiling and looking at the camera with head and shoulders viewable. Horizontally framed shot.
--

It seems few people are laughing, though. A commenter on the club's Facebook page writes: "Is there going to be a weight scale at the entrance? What's the maximum weight to get in? Frankly, I thought I had seen everything until now." It is rather appalling, and it seems so very un-Canadian! (But as a friend from Alberta wryly explained to me: "That's French Canadian.") After a few days of outcry, the message was taken down, but the damage was done.

This news item had me all sorts of outraged, until I started chatting with Broadsheet pal, and co-author of "Lessons from the Fat-o-sphere," Kate Harding. She wrote me in an e-mail:

Frankly, I find it refreshing to see a 'no fatties' policy made explicit -- at least now no fat girl will ever have to deal with well-meaning friends trying to convince her she's being ridiculous and oversensitive when she says she can tell she's not wanted at that club. Lots of private businesses discriminate based on looks -- and in many cases that's their right -- so at least if they're open about it, nobody has to participate in the fiction that they treat everyone equally.

The Gazette quotes a local club promoter as saying: "Everybody knows. [Clubs] are selective." It's true, we accept the fact that club bouncers will enforce dress codes and decide who is allowed behind the velvet rope or bumped to the front of the line based on any number of superficial factors. Harding makes a compelling counter-intuitive argument for not complaining about the "NO FAT GIRLS ALLOWED!!!!!!!!!!" outburst. That "is really not going to help promote diversity and acceptance," she said. "It's just going to encourage businesses to maintain the status quo: Discriminating while pretending they don't."