30,000 people line up for public housing assistance in Georgia 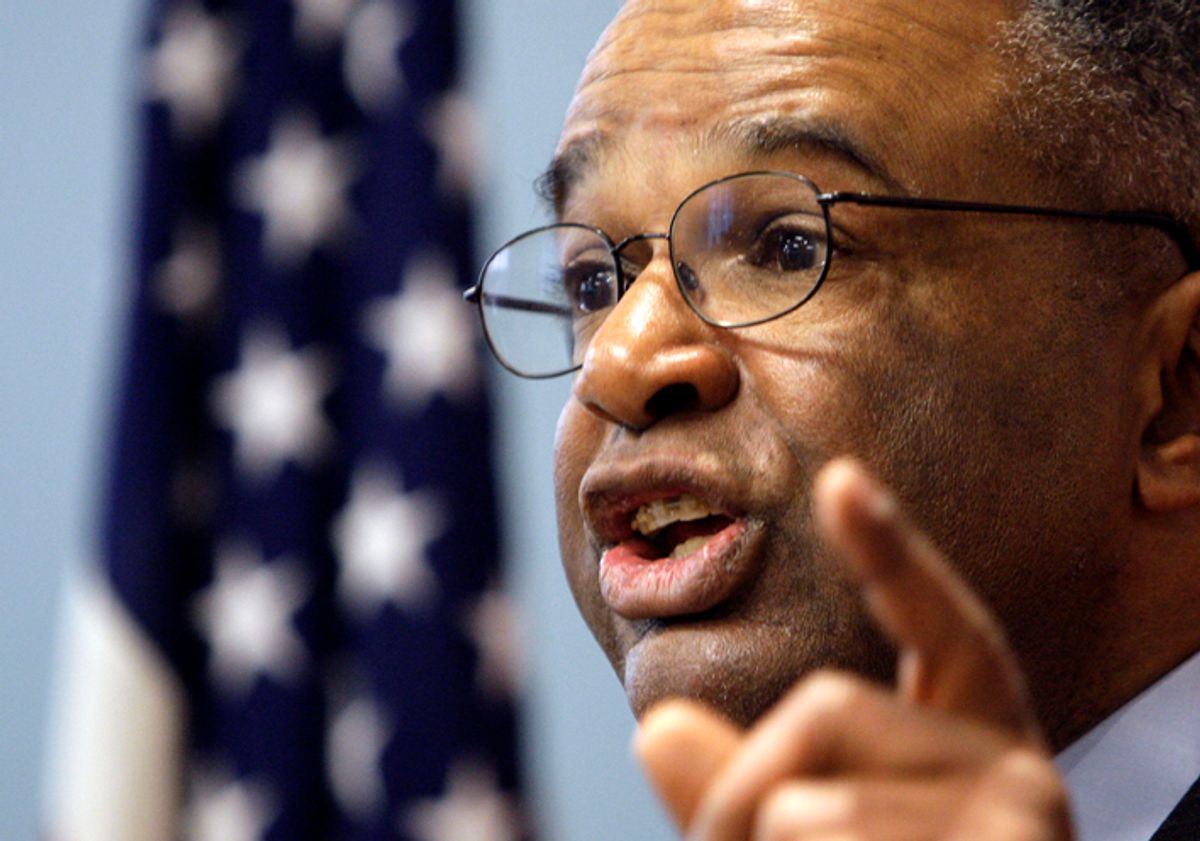 King County Executive Ron Sims speaks at a news conference where he announced that President Barack Obama will nominate him to be deputy secretary of the U.S. Department of Housing and Urban Development, Monday, Feb. 2, 2009, in Seattle. In a news release, the White House says that Sims would be in charge of HUD's day-to-day operations, a nearly $39 billion annual operating budget and 8,500 employees. (AP Photo/Elaine Thompson) (Elaine Thompson)
--

Yesterday, 30,000 people lined up in East Point, Georgia, for the right to apply to be on a waiting list for public housing or housing assistance from the federal government. Authorities expected that a mere 10,000 people would line up on a sweltering day in order to end up waiting as long as ten years for vacancies to open up in one of the area's public housing units, all of which are filled, for the foreseeable future.

There are a total of 655 housing spots available -- 200 public housing units and 455 vouchers for rent assistance in private housing. East Point currently has five housing developments, but three of them will be closed or sold.

The massive crowd was largely calm, but poor organization by the riot gear-clad authorities led to incidents of pushing, shoving, and reports of fighting. No arrests were made, and most of the 20 people hospitalized were suffering from the effects of standing around for hours in the heat, because there is apparently no way to make the process of receiving an application to eventually maybe receive housing assistance slightly more dignified.

This morning, East Point housing officials are accepting the completed applications. Again, it will be six or more months before any vacancies open up, and there are 655 spots for the 13,000 applicants.