The first Democrat to pay the price for supporting the embattled congressman is Sen. Kirsten Gillibrand 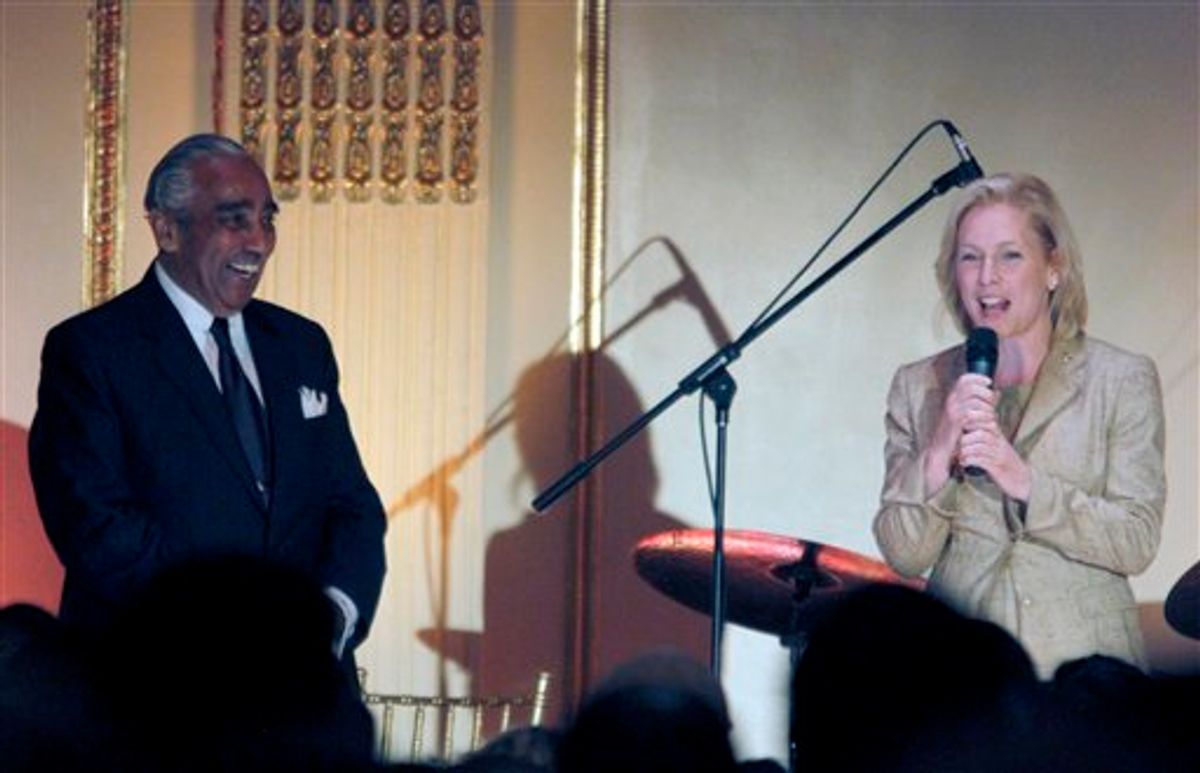 Charlie Rangel's annual birthday fundaiser gala was last night at the Plaza Hotel. The embattled congressman is getting the worst press of his long career this month, due to the myriad of ethics charges he faces, but some of the New York Democratic Party's biggest names (and Mayor Bloomberg) still came out to show their support. Chuck Schumer and Andrew Cuomo were among those attendees who face the voters this November. But the pol with arguably the most to lose from associating with Rangel is Paterson-appointed Sen. Kirsten Gillibrand. And here is an instant attack ad produced by the Republican opponent of Sen. Gillibrand:

(The Voice's Foster Kamer notes that this use of a Danny Elfman track from the movie "Wanted" is probably a copyright violation.)

David Malpass is in a three-way race for the GOP nomination with Kara DioGuardi's dad and some other guy, but he is focusing all his attention on Gillibrand. Who will probably be fine, since she's avoided a Democratic challenger.

Here's what I learned, today: Charlie Rangel's actual birthday is June 11. I am an inveterate Rangel apologist, but at this point, I think Charlie's gone too far -- it is a clear and flagrant violation of the public trust to throw yourself a birthday party two months after your actual birthday.