The final performances of season 7 on "SYTYCD"

Lauren, Kent and Robert prove their worth -- and we learn that "Hip to be Square" is unsuitable for dancing 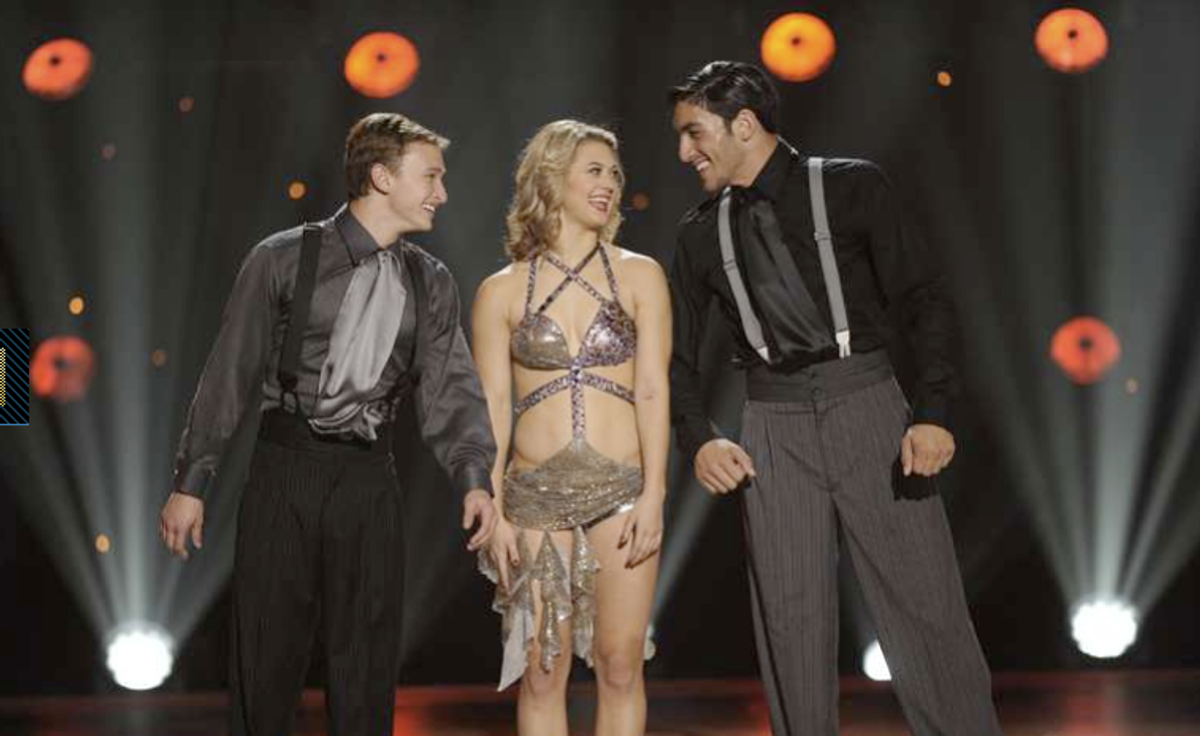 Kent Boyd, Lauren Froderman and Robert Roldan of "So You Think You Can Dance."
--

I don't know what I was expecting for the last round of performances on "So You Think You Can Dance" this week -- we've seen Robert, Kent and Lauren perform every kind of dance style imaginable in every possible partnership, and all three have earned the praise heaped upon them and the affection we feel for them. This is the first time in a long time, maybe ever, that I've felt all the finalists on "SYTYCD" deserve it. Sort of.

Because here's the deal: Kent might be the most popular, and the almost-certain winner, but he's not the best. He's sweet and cute, with the aw-shucks charm and the Paul Newman-y looks. He's an excellent dancer, with lovely technique most of the time (minus disco and ballroom) and he's enthusiastic, committed and earnest. Kent's performance with All Star Allison was the most deeply felt on his part since the prom piece with Lauren, but it looked like he managed to scratch the surface of something truly raw in his gut and it scared him. He pulled back from it, when I wanted him to just give in. The Bollywood was fine, although the smiley face distracted me from the already distracting sparkly costumes. The guy-on-guy malevos routine that closed the show was interesting for its novelty, but Kent looked like an 8-year-old in Daddy's suit and was no match for the more masculine Robert.

And then there was the "Hip to be Square" jazz routine. Halfway through the show Lauren and Kent were given some high school choreography to do (sorry, Mandy Moore, but come on!) that was reminiscent of Billy and Lauren's "Boogie Shoes" number a few weeks ago, without the snappy Converse. Or the fun. The entire show came to a halt after this piece -- the judges were unimpressed, the choreographer looked sad, and I was pissed "SYTYCD" ruined a perfectly good Huey Lewis song. No bueno.

Lauren did what she could with it, though, and managed to be the most versatile of all the dancers over the course of the evening (and the season, really.) She's come from being the cheerleading goody-goody who looked like she was ready to shout "BE-E AGGRESSIVE!" at any moment to a fully developed, well-rounded (not a butt joke) interpreter of human emotion. Like Adam said, Lauren feels music better than any of the other dancers. She's tapped into her own sexual power without going skank, and has fused her physical and psychological fortitude into becoming a complete dancer capable of taking on any challenge. Lauren's a contemporary dancer, ostensibly, and managed to hit harder than Twitch during their hip-hop routine. The contemporary number with Robert, choreographed by Dee Caspary, was seamless and fluid, constant motion made to look effortless. The dancers were trusting and connected, and impeccable. And then the cha cha! Yeesh! If I were Lauren's parents I would've been mortified by that thing she did with the bending over, and the back-arching and the half-nakedness. Wow. Fantastic to see Tony and Melanie, the choreographers, get good and dirty like I know they can.

Which brings us to Robert. My sweet, sweet, Robert. I question his judgment for wearing a button-up shirt during his solo that was actually buttoned up -- Kent's was all flowy and open, with abs rippling. That gets votes. But I have to believe that in a just world the voters will also look at Robert's ability to transform into a character immediately, no matter how far removed form his own sunny and goofy persona. He channeled the '80's perfectly for his jazz routine with Mark, intense and controlled. Like Lauren's hip-hop, Robert seemed to execute the piece more convincingly than his All Star. Robert's most entrancing performance of the night, though, was the interrogation piece with All Star Kathryn set to "Cool" from "West Side Story." She was smoldering, he was tightly coiled, and what could've been a horrific pillaging of a classic piece of Jerome Robbins choreography was a rather loving homage. Slinky and sexy.

Briefly, before the finale: Cat Deeley's dress -- black. Short. Lacy. Tight. With red lipstick. Yes. If every tween in America believes that every other tween is already voting for Kent, maybe one of the other two dancers stands a chance. Watching the video package of audition footage made me teary. And two quotes of the night:

Cat, in reference to Robert and Mark onstage together: "Kooky bonkers on the stage, in a handsome package."

And Kent, just being Kent: "Vote for me, 'cause I don't know what I'm doing."

Below is the original "Cool" scene from "West Side Story" -- it's kind of small, but it's in widescreen so you get all of the picture. It makes me need to see it on my big ol' 40 inch TV.