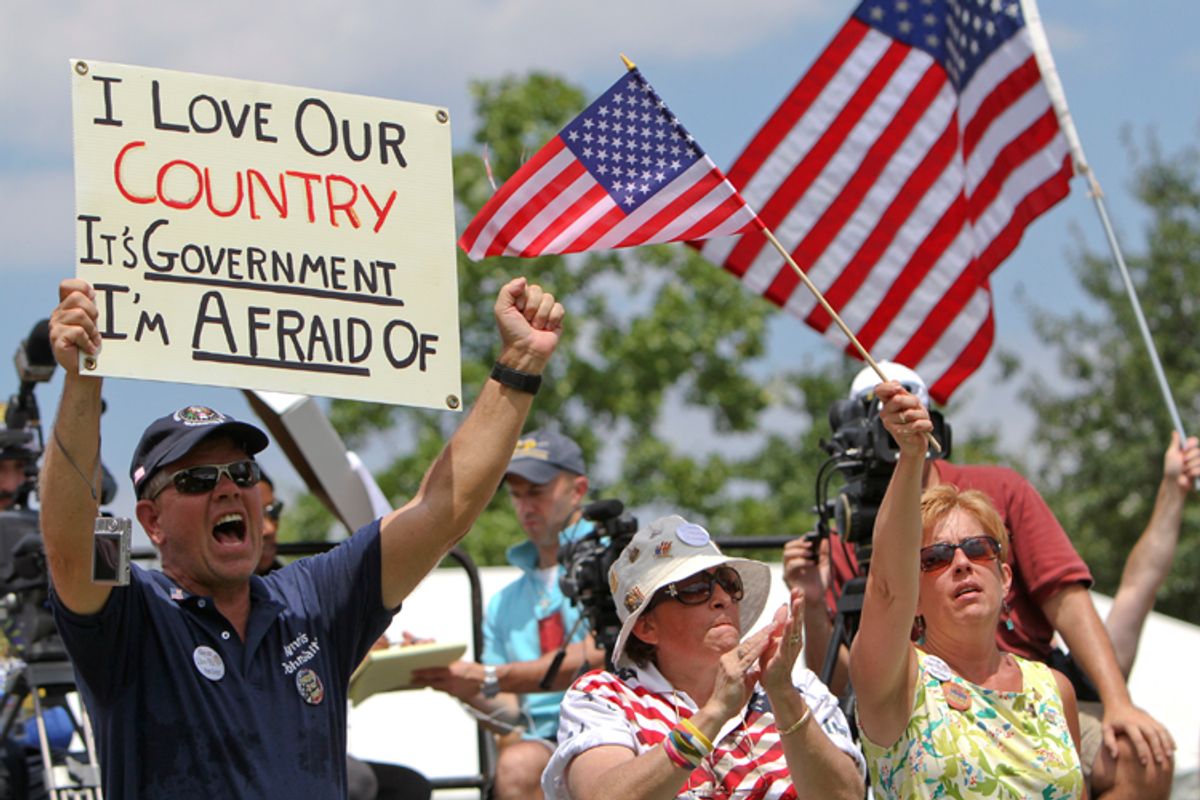 The fractious and nebulous leadership of the Tea Party, a right-wing protest by the middle-aged and elderly, has never quite figured out how to talk about Social Security: a successful federal program despised by conservative ideologues but still beloved by older Americans,  including those who identify with the movement. Although Democrats apparently lack the wit to exploit that latent contradiction, it could soon erupt in Colorado anyway, where the two freshly nominated Tea Party Republicans disagree sharply over the issue.

Senate candidate Ken Buck has denounced Social Security with the same fervor and much the same language as Freedomworks, the far-right outfit that pushed privatization during the Bush years and has sought to line up Tea Party activists behind the Republican establishment. Buck calls the program "a horrible policy" and wrongly claims that it will "bankrupt" the country sometime during the next two decades. "I don’t know that the federal government should be involved in a retirement plan," Buck told a right-wing audience last spring, saying that the very idea of social insurance is "fundamentally against what I believe."

But Dan Maes, the gubernatorial candidate who came from nowhere to upset the establishment choice and lacks Buck’s Washington connections, says that Social Security saved his family when he was growing up.

On  the opening page of his primary campaign website, the businessman and former police officer recalls that he was  only 10 years old when his alcoholic father died, soon after his parents divorced. Although young Dan had to work delivering newspapers every morning as a kid to help support the family, he was able to graduate high school and attend the University of Wisconsin thanks to the financial support provided by Social Security and the Veterans Administration. And he sounds grateful for the help that government provided:

Dan knows that without the financial support provided by his father’s Social Security death benefits and his VA benefits, graduating with a college degree would [have been] merely a dream. He is sensitive to the fact that government benefits, for the neediest in our society, have their place.

Maes is not the brilliant executive he has sometimes claimed to be; indeed, his personal finances make him look more like a beleaguered salesman. But he is a more authentic representative of the aggrieved and hurting American middle class than Buck, a lawyer who has spent his entire career in cushy jobs on the public payroll, all the while denouncing federal bureaucrats, Washington and government. Maes is kooky but real, while Buck appears to be a Rove Republican in Tea Party drag. Maybe they should debate the role of government in bad times -- at least until a Democrat shows up with the courage to defend the party's legacy.