The caricature of the president, which offended some patrons, has been replaced by a likeness of George W. Bush 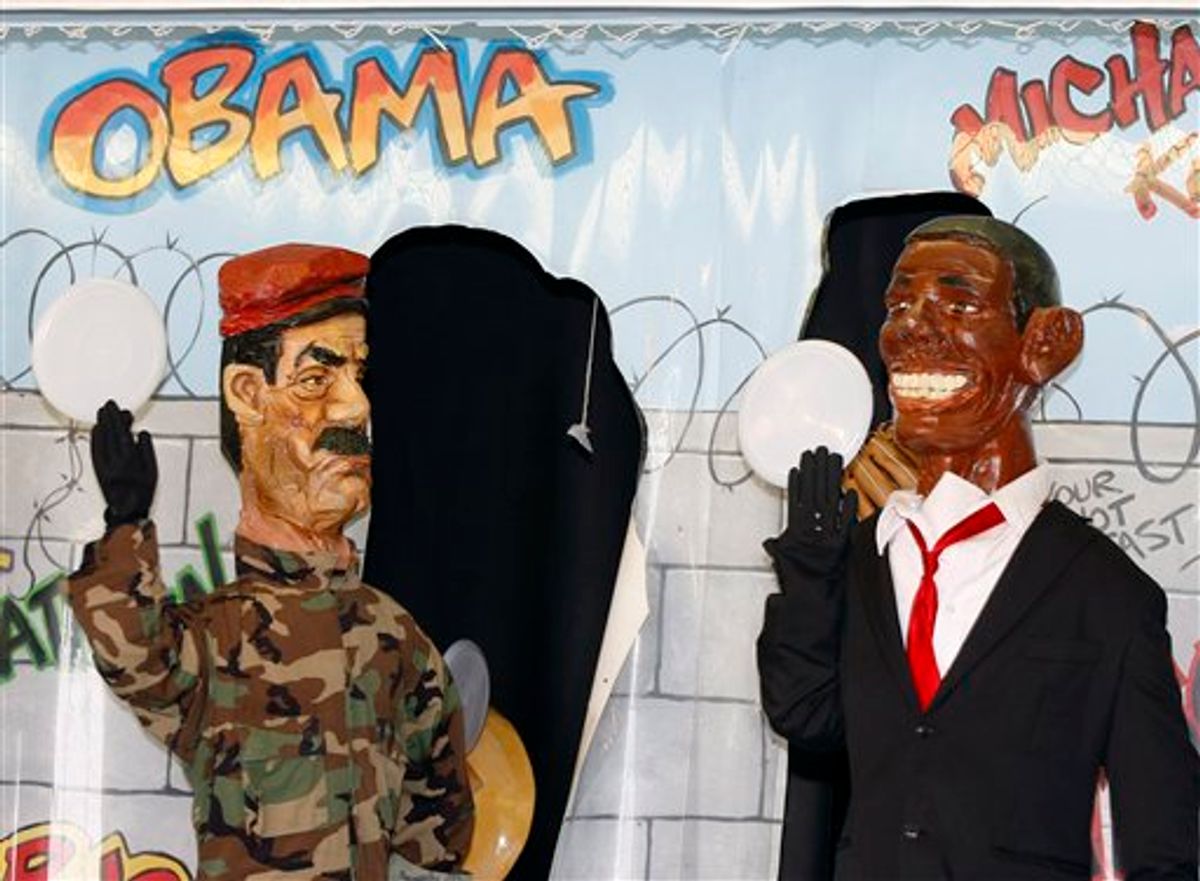 Caricatures of Saddam Hussein, left, and President Barack Obama are seen at a boardwalk game Tuesday, Aug. 10, 2010, in Seaside Heights, N.J. The game in the town where the MTV reality show "Jersey Shore" is filmed features a caricature of Obama, depicted with exaggerated ears and smile, as a moving target along with likenesses of Saddam Hussein, Osama bin Laden and Michael Jackson, The Joker and other characters. (AP Photo/Mel Evans) (AP)
--

Operators of a boardwalk game in the town where the MTV reality show "Jersey Shore" is filmed have removed a caricature of President Barack Obama.

It has been replaced by likenesses of former President George W. Bush and Hillary Clinton.

Manager Tom Whalen says it's to show the "Walkin Charlie" game that requires patrons to throw baseballs at plates held by the rotating caricatures isn't "anti-Democrat or "anti-Republican."

A plastic bag was placed over the Obama character's head after some people earlier this week said it was disrespectful to use the president's likeness.

Whalen says a Secret Service agent visited the concession Wednesday and told him none of the employees had urged patrons to throw at the Obama likeness.

Whalen says the Obama figure might return in a few weeks.

Information from: The Star-Ledger, http://www.nj.com/starledger