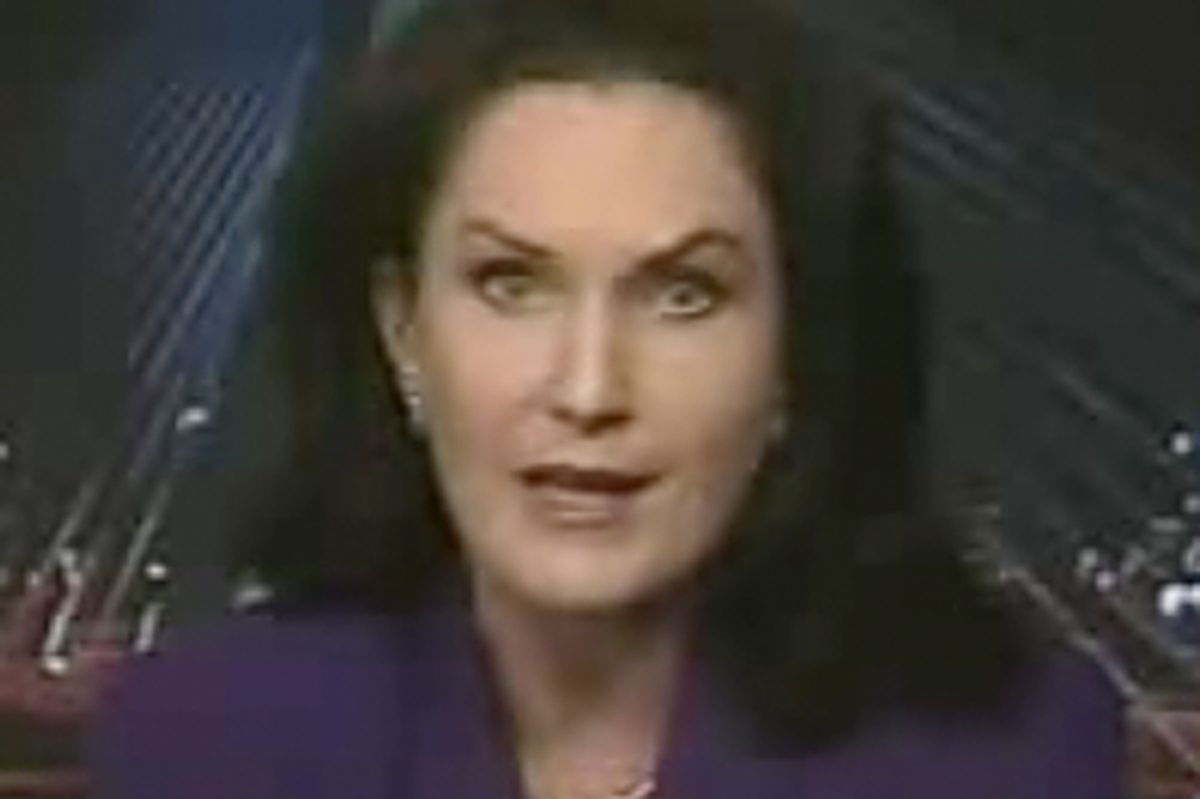 It's not exactly surprising, but it's always good to be able to point to specific evidence that there are, in the mass media, absolutely no consequences for blatant, constant lying. Today's evidence is cable news crime expert Wendy Murphy.

Murphy is a former assistant district attorney for Middlesex County, Mass., and an adjunct professor at the New England School of Law. She specialized in child abuse and sex crime cases, but in her role as a professional media shouting head she seems to be a fire-breathing prosecutor/pundit in the Nancy Grace "guilty even after proven innocent" mode.

Radley Balko recently debated sex crimes with Murphy on John Stossel's show. Balko is a libertarian criminal justice expert whose research on drug policy and the militarization of local police forces is essential reading for anyone who cares about civil rights. But he was just on the Stossel show to be the "other side" of an argument with a woman who feels no compunction about just making shit up. He blogged about it today:

During the debate, Murphy threw out a statistic that only 2 percent of sex offenders are actually on sex offender registries. I'm still not sure where she got that figure. I'm also not sure what it's supposed to measure, or what conclusions we're supposed to draw from it. I still haven't been able to find any study that produces that statistic.

Just making things up out of thin air to support the point she was assigned to make by the bookers is par for the course for Murphy. Recently, her appearance on the local Fox News in Boston made a "Daily Show" montage on efforts to repeal the 14th Amendment, because she said the immortal words, "I know it's hard to be tough on babies, but ..."

As Balko points out, her quote in context was even stupider. And she just made shit up, again. She said, "in prisons, half -- half -- the prisoners in California are illegal aliens." As Balko writes, "I can find no study, report or government data to support that assertion."

And she will never be lacking for Fox invites. Or even "Today" show invites! And her statements will only be challenged by the person designated by bookers to be the "other side" of the debate. In part because Bill O'Reilly's always loved her, but mostly just because she's good on TV, and she's "an expert." (""You have to appreciate my role as a pundit is to draw inferences and make arguments on behalf of the side which I'm assigned," she said in 2007.)

If a prominent media figure is wrong in a big, grand, epic way -- like, say, Peter Beinart or Jeffrey Goldberg on Iraq -- we are all used to seeing them rewarded with fellowships at the Council on Foreign Relations or cushy gigs at the Atlantic. Because, you know, they had the best of intentions, and all Serious People agreed with them, at the time. But apparently the "once you're in, you're in" rule applies even to the marginal figures, the regular expert guests, the cable news segment-fillers. And the rule is so ironclad that you can purposefully make things up, without any regard whatsoever for the truth, and suffer no ill consequences. This isn't a matter of getting something wrong, this is a blithe willingness to shout lies for attention. And it is rewarded.