Call it socialist unrealism: A new Internet mashup meme rises in the East 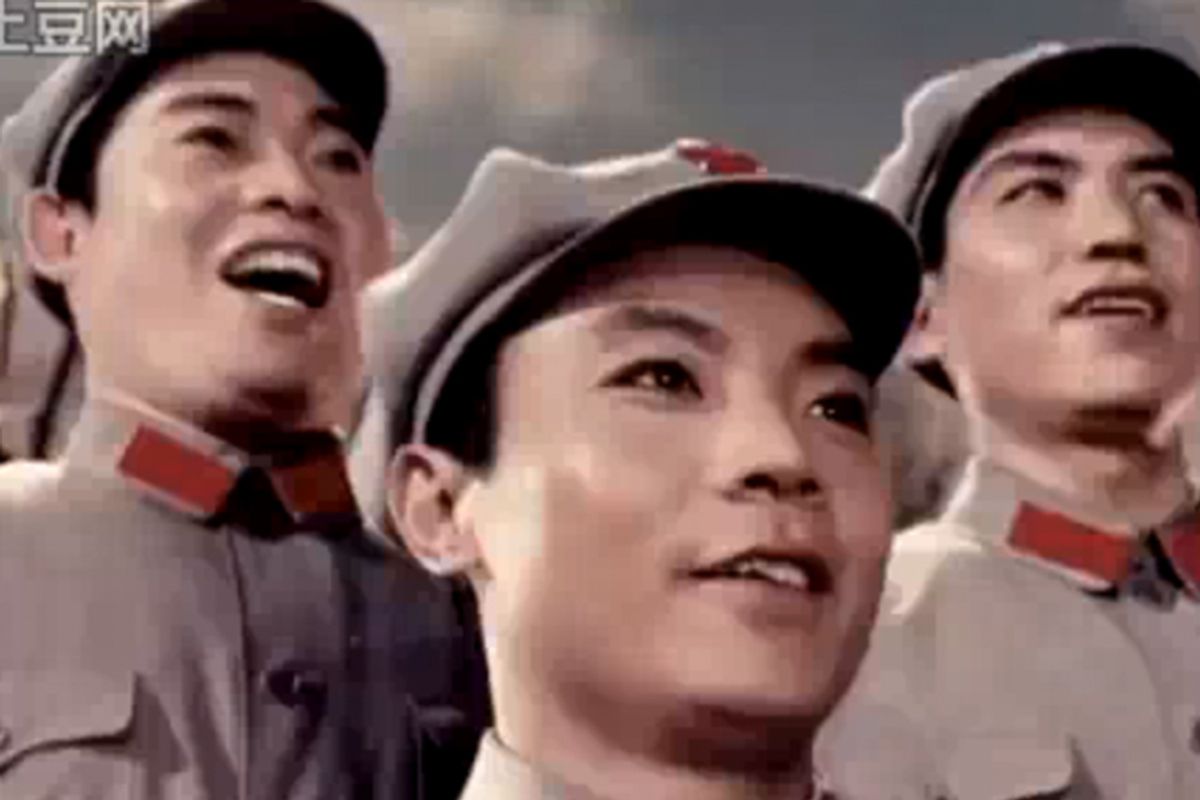 Some day, someone too smart for their own good will write a dissertation comparing and contrasting the cross-cultural mashup-appropriation styles at work in the Hitler "Downfall" Internet meme and the Chinese Red Army magical mystery mashup tour now exploding in a YouTube video near you. But until that day arrives, I won't pretend to tell you what it all means. All I can say is: When the Red Army goes to town on Michael Jackson's "Beat It," you are not going to want to miss the smoking erhu solo. Eddie Van Halen, eat your heart out.

ChinaSmack tells the full story, such as it is, and if you scroll all the way down to the end of their post, you'll find a treasure trove of Red Army mashups, of varying quality, including the inevitable "Tik Tok" atrocity, a stunning rendition of the "Teenage Ninja Mutant Turtle" theme song, and a version of "We Will Rock You," which, while inexpertly executed, throbs with global economic symbolism.

Enjoy, or be flabbergasted. It's your choice.