Poll: Americans not actually that worried about the deficit 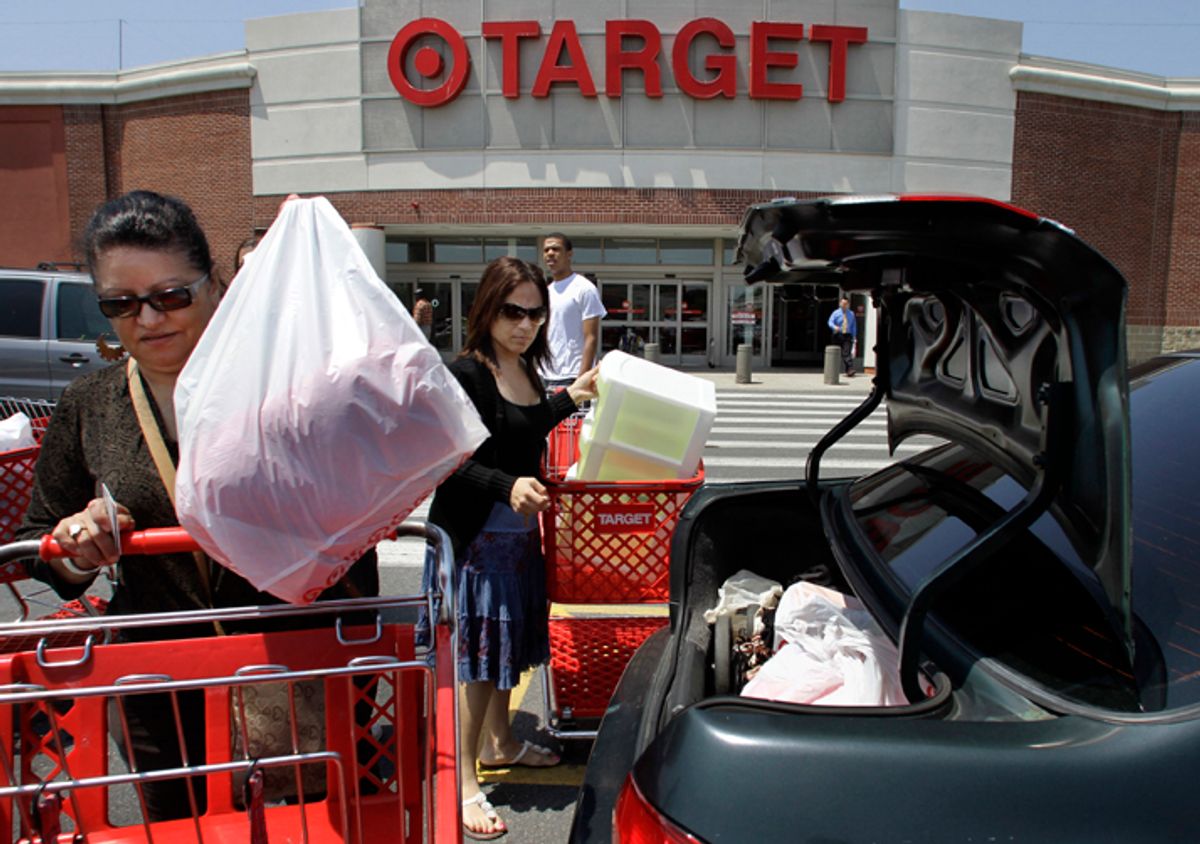 FILE - In this file photograph taken June 2, 2010, shoppers Joselin Pena, left, and her niece Ingrid Romero, center, both of Boston, load packages into their car after shopping at a Target location, in Boston. A monthly consumer survey shows that Americans' confidence in the economy eroded further in July amid job worries. The reading raises concern about the economic recovery and the back-to-school shopping season.(AP Photo/Steven Senne, file) (Steven Senne)
--

Are you worried about the deficit? If you're a professional elite opinion-haver from New York or Washington, you almost certainly are. If you are some other American, you might know that you are supposed to be concerned about the deficit. But odds are, if you are not paid to ghostwrite Mort Zuckerman columns, you are more concerned with getting a job than making sure the debt-to-GDP ratio stays below some certain arbitrarily decided percentage.

According to Gallup, 58% of Americans say the most important problem facing the country is either the economy or unemployment. 7% say the federal deficit.

Obviously that's just spend-happy liberals skewing the result, right? Real American Independents -- the only Americans who truly matter -- must be super-worried about the deficit, because they read about how bad it is in Forbes, right? Nope. 7% of self-described independents think the deficit is the most important problem facing America, once again losing out to unemployment and the economy. A healthy 10% of Republicans put the deficit first, although 11% of Republicans are more worried about The Immigrants.

Huh! It's almost as if people worry more about what tangibly affects their lives than they do about what keeps Larry Kudlow up at night.