The White House comes down on the side of religious freedom. May other Democrats find the courage to do the same 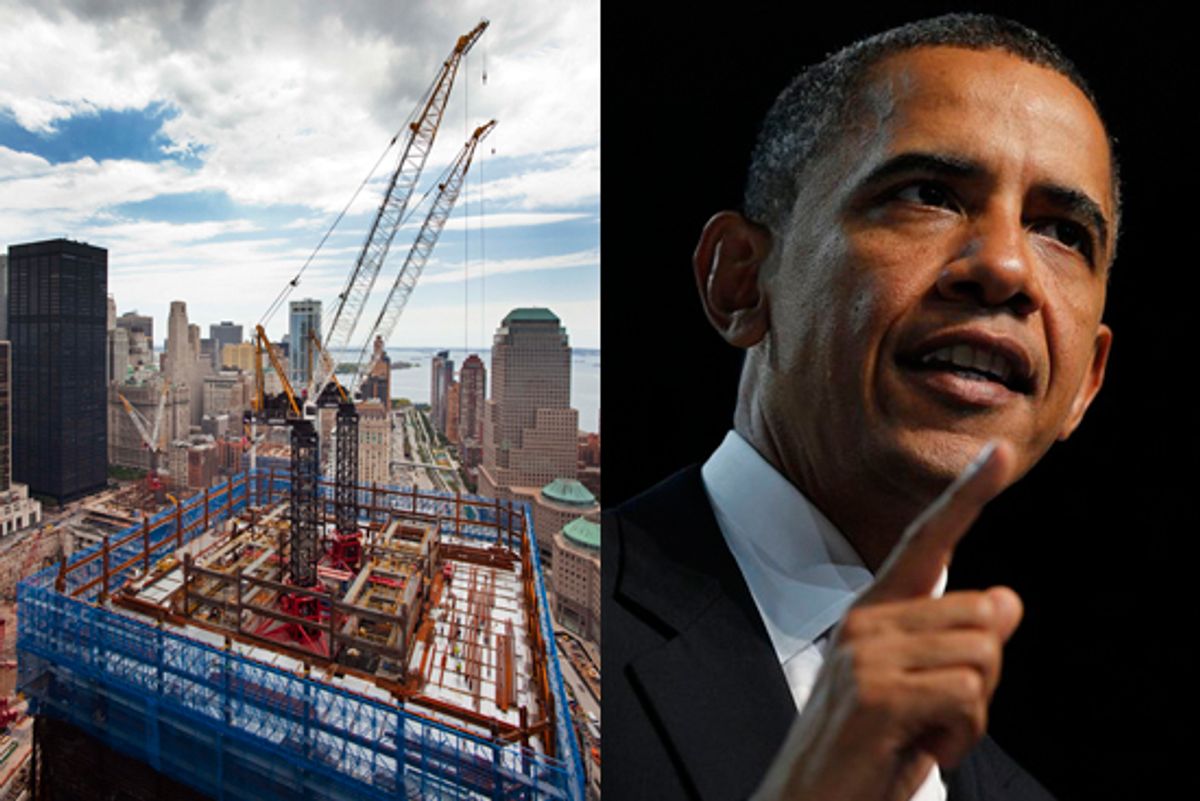 "Let me be clear: as a citizen, and as President, I believe that Muslims have the same right to practice their religion as anyone else in this country. That includes the right to build a place of worship and a community center on private property in lower Manhattan, in accordance with local laws and ordinances," Obama said.

"This is America, and our commitment to religious freedom must be unshakeable."

The administration had ducked the controversy as a "local" issue, and many Democrats, including liberal firebrand Anthony Weiner, have been missing in action on the issue, leaving former Republican (now independent) Mayor Michael Bloomberg alone on the moral high ground here. Republicans from Sarah Palin to Charles Krauthammer have been predictably rabid in opposition, apparently believing it's a good idea to declare war on all of Islam, not merely al Qaida.

The president had some words about that, too. "Al Qaeda’s cause is not Islam — it is a gross distortion of Islam. In fact, Al Qaeda has killed more Muslims than people of any other religion, and that list includes innocent Muslims who were killed on 9/11."

Obama's decision should have been a no-brainer, but it wound up being tough, given GOP opportunism and Democratic cowardice, and thus courageous.