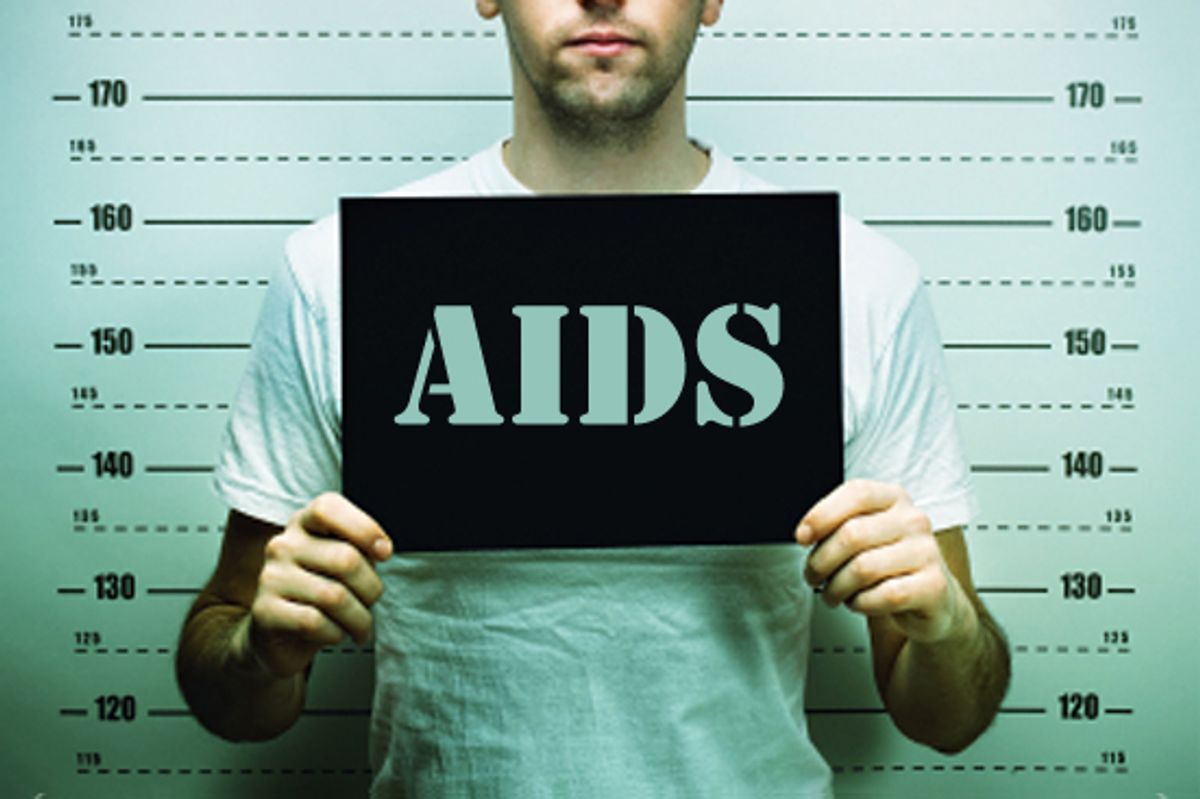 With headlines like "Obama Administration Promoting the Transmission of AIDS" and "The Justice Department Wants You to Get AIDS and Die," there has been more heat than light in some of the responses to the news that the U.S. Department of Justice may sue the South Carolina Department of Corrections over its segregation of HIV-positive prisoners.

It would be easy to think that those writing these fiery opinion pieces were standing up to a great injustice. But the authors, wrong on science and wrong on civil rights, are merely fomenting bigotry and intolerance.

As first reported by the Associated Press last week, the Justice Department’s Civil Rights Division has sent a letter to South Carolina’s corrections department stating that it will bring legal action unless prisoners with HIV in the state are provided with housing, prison job programs and work release opportunities on an equal basis with other prisoners.

The move came two months after Human Rights Watch and the ACLU reported that the segregation of HIV-positive prisoners in South Carolina and Alabama was medically unnecessary and discriminatory. The report found that placing HIV-positive prisoners in designated HIV/AIDS units in high-security prisons also was costly and endangered the prisoners. Although segregation of HIV patients was once common, South Carolina and Alabama are the only two states in the U.S. that now follow this archaic and discredited approach.

The lawsuit got little national media attention at first, but Jon Ozmint, the director of South Carolina’s Department of Corrections, has brought it to the national stage with some particularly misguided comments that have begun making the rounds of the conservative blogosphere. Someone clearly thinks that accusing the Obama administration of promoting the spread of HIV will be a good talking point in the buildup to the November elections.

In an opinion piece published last Friday, Ozmint claims that with this "shameless" threat of legal action, "the Obama Justice Department is attacking public safety and health" and that our tax dollars will be "squandered" protecting the rights of people who could "impose a death sentence" on other prisoners.

In truth, the Justice Department is seeking to enforce the Americans with Disabilities Act, which prohibits discriminatory treatment against people with HIV, among others, and which applies to public facilities, including prisons, in every state. In addition to being locked up in maximum-security prisons, HIV-positive prisoners in South Carolina face the likelihood of serving longer sentences. They are barred from numerous prison jobs -- such as kitchen work -- that earn credit toward early release and that give prisoners a better chance at successful re-entry into the community. HIV-positive prisoners with short sentences are not eligible for the special program designed to rehabilitate short-term offenders.

South Carolina is the only state that prohibits prisoners with HIV from participating in work release. This hurts individuals, families and communities. It also ends up costing the state money, as high-security facilities are more expensive, and work-release programs allow prisoners to earn wages, pay child support and start a path toward tax-paying citizenship.

Providing adequate medical care and HIV prevention are essential goals for prison administrators, but both may be achieved without trampling on the rights of prisoners with HIV. In 48 other states and the federal system, prisoners with HIV are classified on an individual basis, with specialized care only for those who need it. Comprehensive education and harm-reduction programs such as making condoms available have been proven to reduce transmission of infectious disease, including HIV and hepatitis B and C, in prison settings throughout the world.

For these reasons, national and international guidelines on correctional health call for integrating prisoners with HIV into the general prison population. HIV is a chronic disease that can be effectively managed in a prison setting without the isolation, discrimination and disregard for confidentiality that can lead to severe consequences in prisons.

Ozmint admits that segregated housing stigmatizes prisoners with HIV, but calls it justified both because they are "convicts" and because stigma exists in the community as well. However, his characterization of all prisoners with HIV as predators ready to impose a "death sentence" on others promotes stigma, rather than merely reflecting what already exists. It also defies some basic tenets of justice and common sense. Being HIV-positive is not a crime, and Ozmint does not have the authority to make it one. Rape does occur in prison, but all prisoners whose records indicate predatory behavior should be separated on that basis rather than because they are HIV-positive.

People living with HIV should not, and need not, be asked to forfeit their human rights to privacy, confidentiality and freedom from discrimination in order to receive adequate medical care in prison. This is a matter of public health and human rights, not a political football in the November elections game.