Why we love Julia Roberts

Slide show: From "Pretty Woman" to "My Best Friend's Wedding," her roles show the calculation behind her appeal 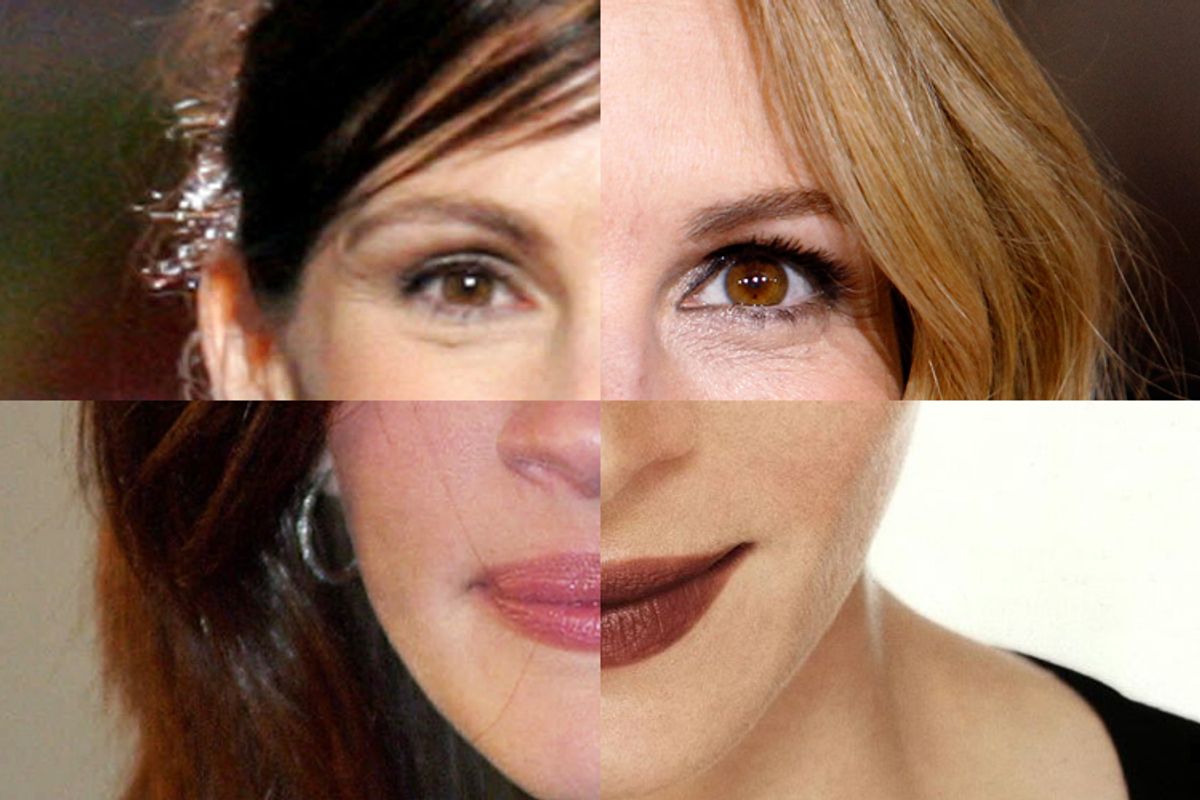 Julia Roberts, whose latest film, "Eat, Pray, Love," opens today, is one of the few recent-vintage movie stars whose fame and box-office clout rivals those of the great stars of the past. For a good long stretch -- roughly 1988, when Roberts stole "Mystic Pizza" and "Steel Magnolias" out from under her more established costars -- she was figurative and literal money in the bank. Her name could finance and open any film, no matter how mediocre. Her megawatt grin and tragic frown could sell almost any story, no matter how ludicrous. She's not quite on that level anymore, thanks less to any professional choices (if anything, her taste has grown more adventurous over time) than the fact that audiences and studios allow female stars a shorter shelf life than men. She was never a Meryl Streep-level performer, and Roberts would probably be the first to admit that. But she had, and still has, that ineffable something that separates stars from actors -- plus aspects of humility and arrogance that surface from time to time, puncturing her carefully managed image in ways she almost certainly didn't expect.

But what's really unusual about her is that she always seemed aware that the image of Julia Roberts was exactly that, and that she could control it in some ways and not in others. She seemed to make a serious effort to explore this strange fact of her life through acting (in good films and bad). In fact, if there's any vivid through-line in Roberts' screen career, it's a deliberate, often playful commingling of her off-screen and on-screen lives. Simply put, a good number of Roberts' post-"Pretty Woman" (her breakthrough) films are not just about what they're about; they're also about what it means to be Julia Roberts. She plays on who she is, and who we think she is, in ways that clear up certain mysteries but deepen others. In her own peculiar way, she's as much the author of her own image as Madonna -- and nearly as self-aware.

Confused? Let's look at the slide show and try to sort it all out. Click through to view.