The defense secretary sort of contradicts Gen. Petraeus, who says withdrawal depends on the security situation 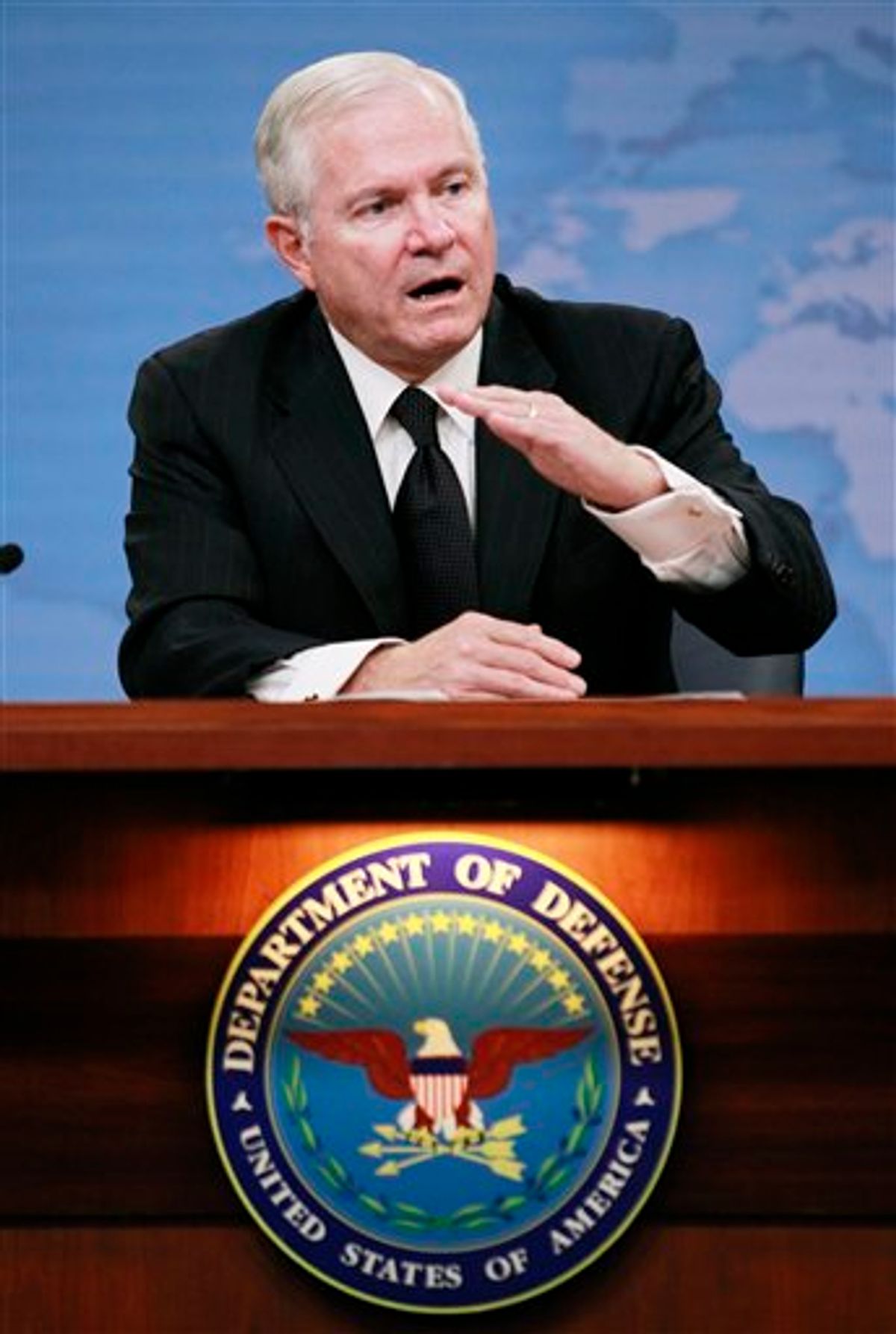 Secretary of Defense Robert Gates speaks at the Pentagon Monday, Aug. 9, 2010, in Washington. Gates said that tough economic times require that he shutter a major command that employs some 5,000 people in Norfolk, Va., and begin to eliminate other jobs throughout the military. (AP Photo/Manuel Balce Ceneta) (AP)
--

As Justin Elliott wrote on Friday, Afghanistan commander Gen. David Petraeus promised President Obama that, should the military prove unsuccessful in training the Afghanistan army by the summer of 2011, Petraeus would totally not recommend staying in Afghanistan just a little bit longer to really do it right. Yesterday, Petraeus told "Meet the Press" that, should the situation still be a nightmare in July of 2011, the general would advise staying. But his boss disagrees.

Gates told the Los Angeles Times in Monday's edition "there is no question in anybody's mind that we are going to begin drawing down troops in July of 2011."

Robert Gates also told Fred Kaplan that he's definitely, totally, leaving his position "sometime in 2011." (Back in 2007 and 2008, Gates told everyone in Washington that he wouldn't stick around in his position with a new presidential administration.)

Kaplan also reveals that Gates fell back in love with open-ended occupation of Afghanistan when he read a Frederick Kagan piece in the Weekly Standard about how the Soviets were way worse than us.

In December, Petraeus will tell Congress how the whole war thing is going. He will probably say we're like two years away from real progress.