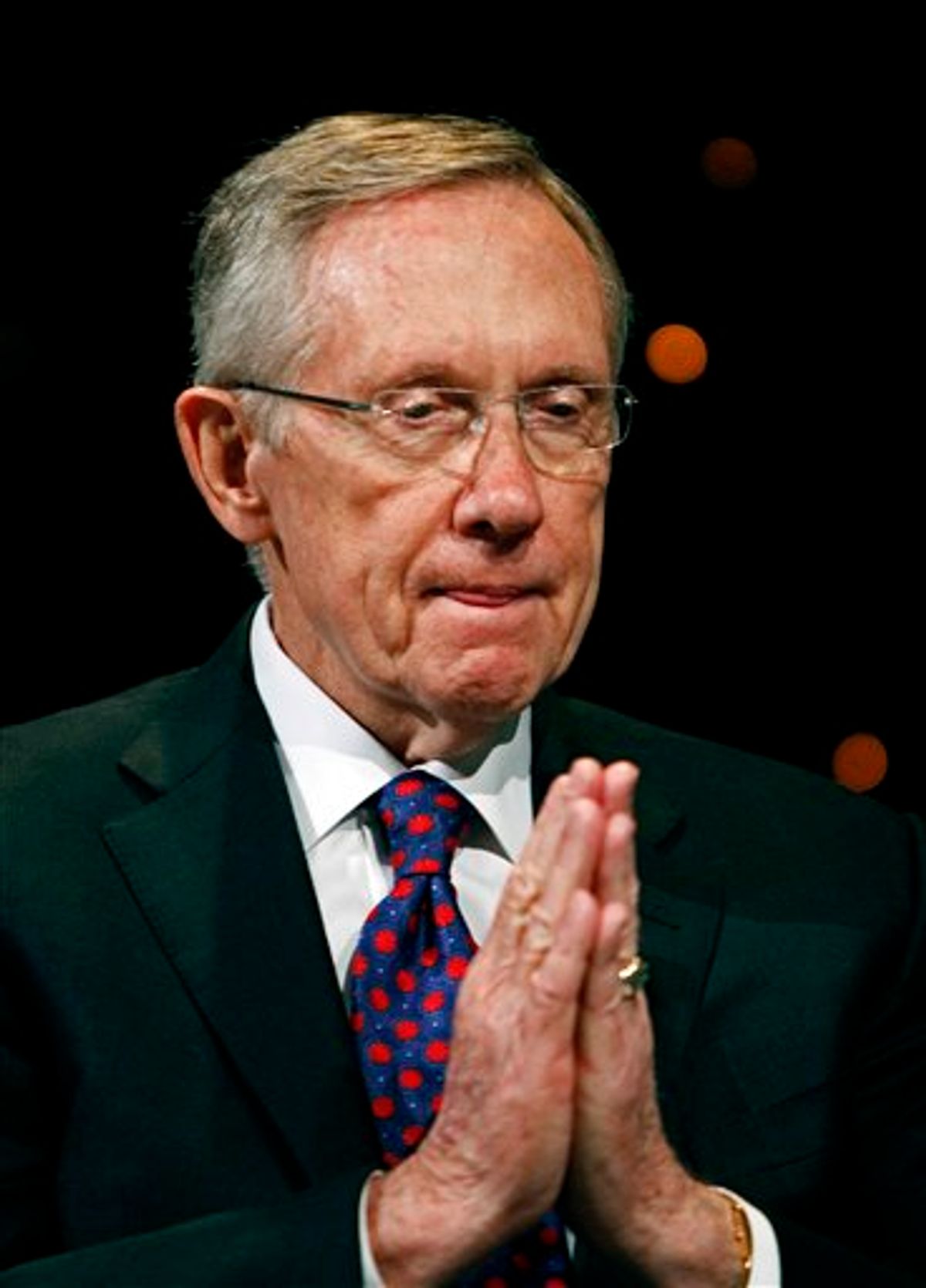 Harry Reid has just officially ended the entire controversy surrounding the supposed "ground zero mosque," forever, by announcing that he is against it. He believes, of course, that the organizers of Park51 -- a planned community center blocks away from and  having nothing to do with the former site of he World Trade Center -- have the right to build what they want on private property. He just thinks they shouldn't, because it would upset Sarah Palin and Andrea Peyser and Mike Lupica. And a fireman. I am pretty sure that I read that a hero fireman 9/11 widow is against this project, and so it should be moved somewhere where it won't hurt any heroes, like Canada. Here is Reid's statement:

The First Amendment protects freedom of religion. Senator Reid respects that but thinks that the mosque should be built some place else. If the Republicans are being sincere, they would help us pass this long overdue bill to help the first responders whose health and livelihoods have been devastated because of their bravery on 911, rather than continuing to block this much-needed legislation.

Thanks, Harry, for weighing in. We in New York are thrilled to hear what you have to say. But why stop at the "Ground Zero Mosque"? What does the senator from Nevada think about the Bedford Avenue bike lane? Did the majority leader know that numerous schools near ground zero -- in what would've been the shadows of the Twin Towers -- are teaching our children algebra?

And when you say that "the mosque should be build some place else," well, you just raise the question of where. Does Harry Reid want the ground zero mosque to be built in Nevada?

Now that Senator Reid has heroically announced that he doesn't think this community center that will include a prayer room should be built in lower Manhattan, Republican attacks against Democrats for being insufficiently anti-Muslim will never happen again, and angry white people will love Barack Obama.