A summer that sucked

Dominated by oppressive heat, the oil spill and Sarah Palin, does summer 2010 rank among the worst ever? 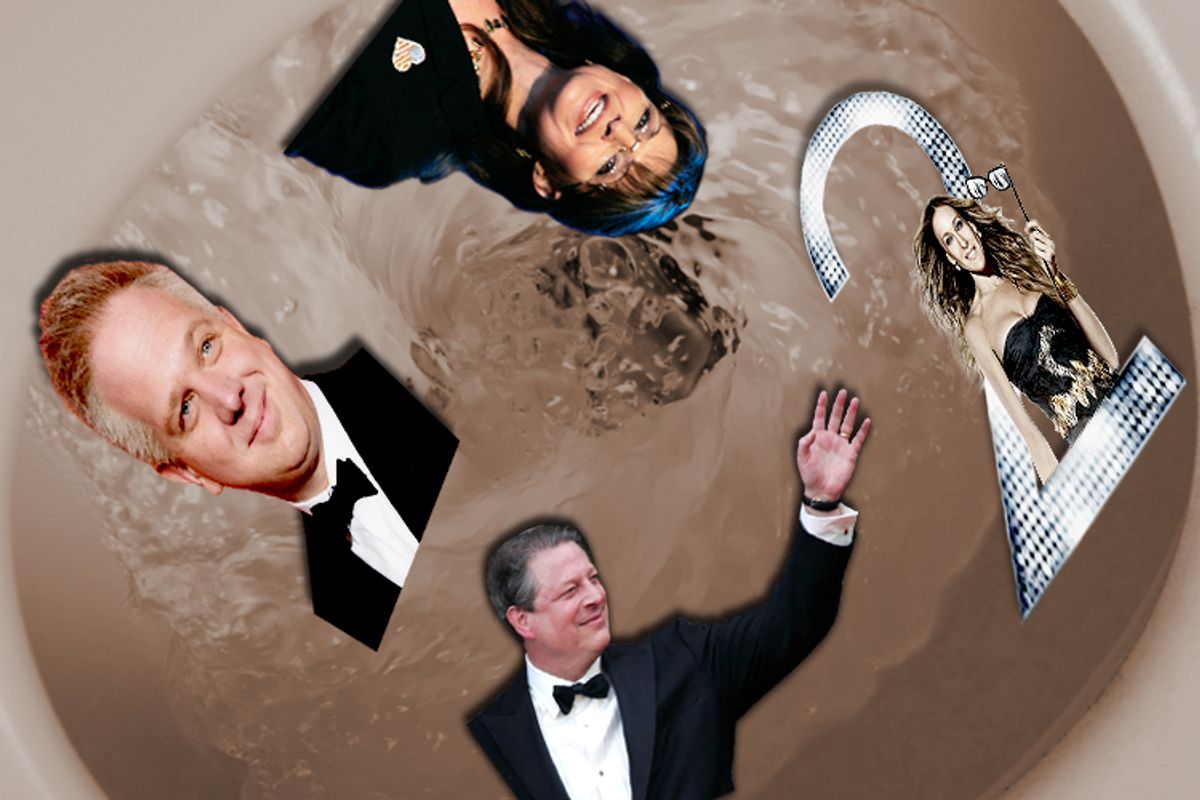 That this summer was going to be bad was obvious going in. The sun was barely hanging late in the sky when the New Yorker’s Hendrik Hertzberg dubbed the season “this hellish summer of discontent.” What we did not know was how intense and varied the badness was going to be. Now we know. Save for one California Supreme Court ruling against gay marriage opposition (a great victory that is, alas, part of a very long process), one great movie (also about gay marriage) and one straight marriage that seemed to gratify a lot of people who are into that kind of thing, the season has been one of the most cheerless on record.

Now, I don’t want to get into any kind of bad-summer pissing match here. I give you 1968, and I’ve gathered that 1977 wasn’t much fun for New Yorkers. But I don’t need to prove unequivocally that 2010 has been the worst of the worst to know that it has been pretty damn bad.

In similarly depressing news about the state of our tastes: "Sex and the City 2" was released and "The Last Airbender" was a giant hit. "Law & Order" got canceled. So did "As the World Turns," on the heels of "Guiding Light," leaving the New York television production industry devastated. In June, cable network Starz ensured that "Party Down," which Salon's Heather Havrilesky called “the best show you haven’t heard of,” would continue to never be heard of by canceling it.

Meanwhile, Al and Tipper Gore announced they were divorcing, leaving some of us way more bummed out than we could believe. Then their daughter Karenna announced that she and her husband were divorcing. And then there was the miserable, inevitable follow-up spate of stories about affairs with Laurie David and the alleged harassment of massage therapists. And this was a summer when we really could have used Al Gore to talk to us about the heat. The unrelenting, ceaseless, apocalyptic heat. It was hot! So hot! Not just uncomfortable, but deadly, especially in India and in smoke- and smog-clogged Russia. There were the storms that slowed oil cleanup in the gulf, and floods. The wrecking, devastating floods in Brazil and along the Missouri in Arkansas and in lakes and rivers all over Iowa.

OK, the World Cup was a good time -- if you manage to repress the memory of the French team’s poor sportsmanship, and the even more alarming wave of racism it kicked off in Europe -- but otherwise, sports offered little relief. In early June, umpire Jim Joyce blew a call and ruined Armando Galarraga’s perfect game, which would have been the first in Detroit Tigers team history. Elsewhere in the hurting Midwest, LeBron James ditched Cleveland for Miami in a fashion so spectacularly tacky and overblown as to suggest that perhaps we have all gone a bit too far with this exultation-of-fickle-and-egomaniacal-sports-heroes thing.

LeBron’s exit was only a last, classless blow to Cleveland, a city that has been hit as hard as almost any with poverty, joblessness and crime during this recession. Ohio announced in July that -- like Georgia, Florida, Hawaii, Idaho, Iowa, Kentucky, Montana, North Carolina, South Carolina, South Dakota and Utah before it – it would start wait-listing thousands of patients in need of AIDS drugs, because increased demand combined with a withered economy had created an unmeetable need.

Yes. The bad stuff, of course, was not about hoops and porn and saying goodbye to S. Epatha Merkerson. This summer also brought profoundly, deeply, achingly sad news that came at us in battering waves. Like the fact that next year, 5 million Texas kids will learn from new textbooks that are light on secularism, Thomas Jefferson and the civil rights movement and heavy on the great legacies of Phyllis Schlafly and Newt Gingrich. There was the relentless joblessness, the petering out of the stimulus and the fact that there are now five unemployed Americans competing for every available job. There was the horrible immigration legislation, and a Supreme Court ruling that dealt a blow to cities looking to enact comprehensive gun bans. Even on a local level, the news seemed always to be jaw-droppingly bad: the baby killed by a falling tree branch in Central Park, the Texas mayor who shot her 19-year-old daughter and herself in July, and the people stabbed and tasered at Taste of Chicago. Even the food festivals seemed to end in tragedy.

While politics offered a few minor bright spots -- Amy Klobuchar schooling Tom Coburn on the meaning of freedom and Anthony Weiner going Mr. Smith on Republicans -- mostly, it was more bad news. Tough to remember how everyone was slapping their knees just a year ago when Sarah Palin made what promised to be a career-killing exit from the Alaska governor’s seat, but this summer it’s been all Palin all the time, and laughter has dried up as the former vice-presidential candidate has shown up across the nation, lending campaign-rejuvenating support to Tea Partiers and Mama Grizzlies gunning for congressional and gubernatorial seats in the midterms. (Oh, I’m sorry, were you hoping for a brighter fall?)

This summer brought us the spectacular, blazingly awful fail of the Shirley Sherrod story, in which every single person involved -- save Sherrod and the farmers who came to her defense -- looked ridiculous. Vilsack? Obama? NAACP? You’re all having a bad, bad summer.

Speaking of which, in July, the Obama administration angered pro-choice groups by banning elective abortion funding in federally funded high-risk insurance pools. (Response: Quit yer bitchin’, ladies, don’t you know this is how progressive healthcare legislation gets made?) And then last week, White House press secretary Robert Gibbs tore into “the professional left” for wanting too much from the president. Congratulations, administration, on helping to further ensure that the only people in the country absolutely guaranteed to go out and vote for Obama will now do so with a hell of a lot less enthusiasm.

And then, of course, there was the stuff that we could not wrap our heads around: the stuff that didn’t just kick our ass, but kicked the planet’s with a thousand steel-toed boots. The oil spill that just kept on spilling, killing birds, fish, the livelihoods of millions of people along the Gulf Coast. How were we to process such sadness? Thank god (only because it would piss him off) for the sorrowful work of Christopher Hitchens, that rat bastard neocon who, of course, managed to be elegant and eloquent in his description of how death is coming for him too early, putting his grief and fear into words that resonated. In this project, there was also Tony Judt, the brilliant historian who had recounted so gorgeously his battle with Lou Gehrig’s disease, and who died earlier this month.

It’s not often that we sit and wait anxiously for Labor Day to arrive, freeing us from the season of beaches and beers. But in 2010, I feel I’m not alone in my impatience to be done with the summer and hope that the school year brings all of us some greater measure of goodness and good news.