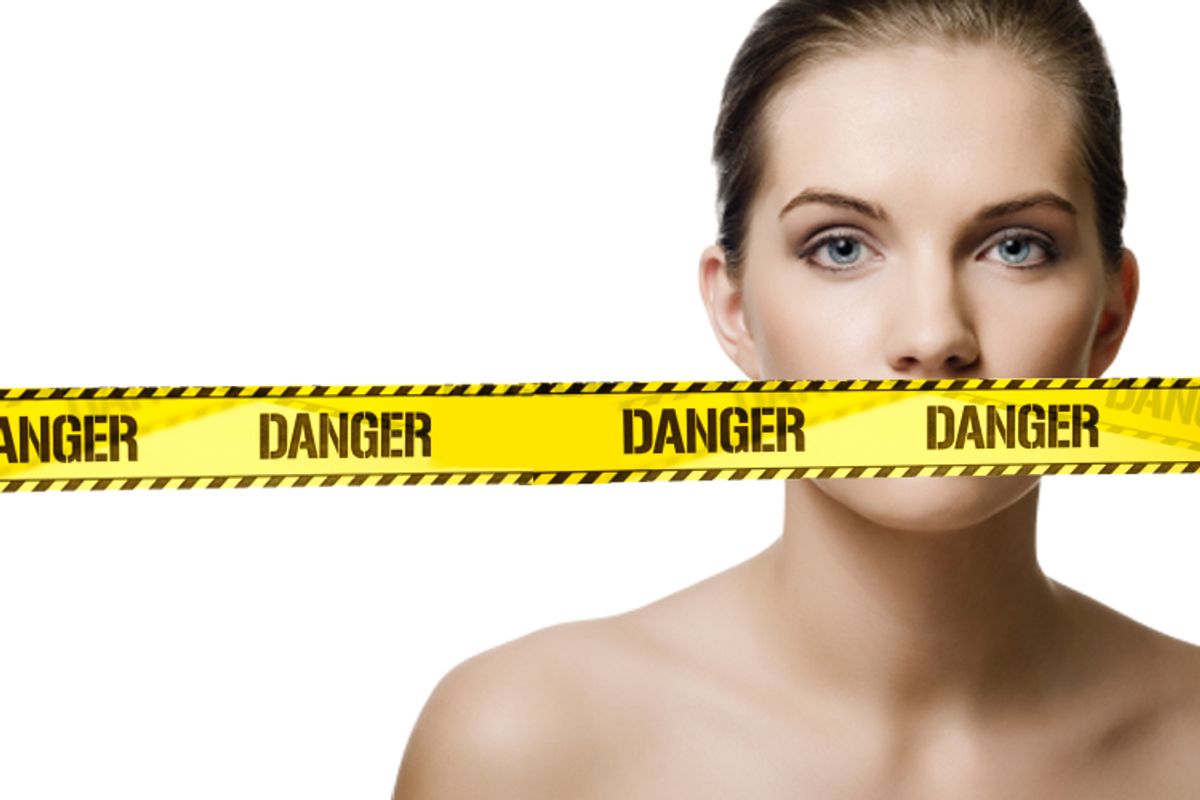 When President Bill Clinton told a White House press conference with a straight face that "I did not have sex with that woman," he may really have believed it. Since those days, the word has gotten around to nearly everyone that oral sex isn't really sex. Should it surprise us that young women and girls think so too?

A new report from the University of Alberta released last week reveals that oral sex represents part of "the sexual revolution of the twenty-first century" and that both sex educators and the safe sex industry have a lot of catching up to do. According to researcher Brea Malacad, "Both intercourse and oral sex were associated with mostly positive emotions overall, which suggests that most young women are engaging in these activities because they enjoy them. Based on the results of my study, there is a percentage of women (just over 30 percent) who feel powerful when performing fellatio. Apparently some women find it empowering and believe that it can wield a lot of power."

But press reports about the "objectification" of young women, combined with the Oprah-spawned urban legend of suburban "rainbow parties" where girls wearing different shades of lipstick allegedly take turns administering blow jobs to their male guests (thus endowing them with colorful "rainbows") are a vast distortion of young women's reality. Malacad found that many of the women she surveyed only had one partner since becoming sexually active, and 25 percent had never had sex at all. Young women, she found, have highly ambivalent feelings about sex. This is a result of conflicting media images, where having a lot of sex is alternately glamorized and condemned as "cheap." She says, "I guess, depending on the perspective, young women's sexuality can be seen as a positive, empowering thing for women or a very negative thing."

In Malacad's view, the real impact of the survey has to do with disease prevention. "Eighty-two per cent of respondents said that they never used protection when engaging in oral sex, compared to only seven per cent for intercourse; it's almost like it didn't occur to them to protect themselves when having oral sex," Malacad says. "I don't think young people are aware that infections can be spread this way and there are options in terms of protecting oneself."

Malacad's findings match those of a major survey by the Guttmacher Institute earlier this year. After surveying 477 American college students, the Institute found that "the majority of respondents indicated that penile-vaginal intercourse and penile-anal intercourse constitute sex (98 percent and 78 percent, respectively), but only about 20 percent believed the same was true of oral-genital contact. The proportion classifying oral-genital contact as sex in 2007 was about half that in 1991. This difference was consistent for both sexes and for both giving and receiving oral-genital stimulation. Responses did not vary by respondents' sexual experience or demographic characteristics."

Oral-genital contact can lead to the transmission of syphilis, gonorrhea, herpes, human papillomavirus, internal parasites, hepatitis A and HIV. While this is no secret, approximately 20 percent of adolescents and 10 percent of young adults are unaware of this danger, which is mostly likely due to the way existing sex ed programs focus entirely on penile-vaginal intercourse and essentially pretend that other practices do not exist. What can be done about this? The solution can only come from more intense – and more intimate – enlightenment regarding the "facts of life," including frank discussions about all the many ways people make love to each other. Whether or not the schools are willing to give oral sex the attention the topic demands -- and whether parents are willing to let their children learn the entire, rainbow-colored truth -- is another question altogether.