Israel loses five days' worth of time to bomb Iran in one day!

This morning, Israel had eight days to launch a strike against Iran -- it's already down to three! 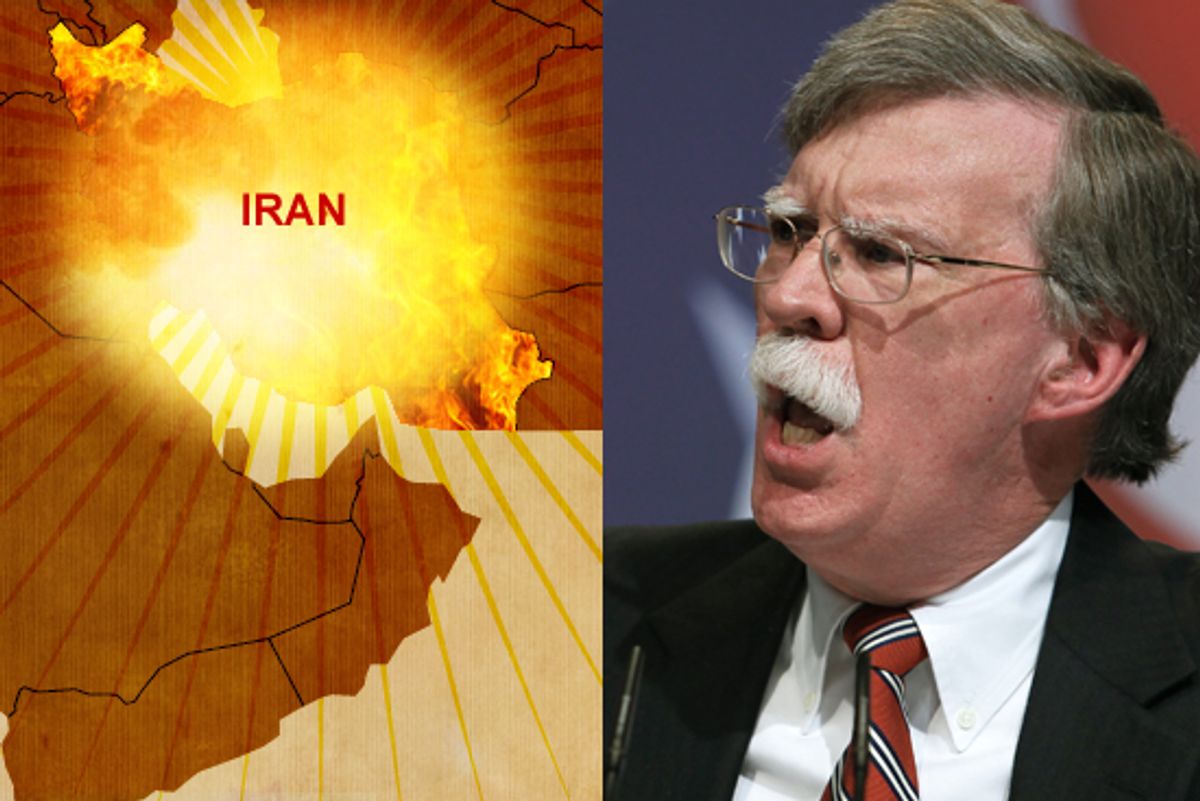 As of this morning, Matt Drudge was warning Israel that it only had "8 days" to bomb Iran. The situation has deterioated considerably since then. At the moment, Israel has only three days left to strike Iran's terrifying nuclear reactor. It's not just Matt's confusion! Here's former envoy to the U.N. and world's angriest walrus John Bolton on Monday: "So if Israel is going to do anything against Bushehr it has to move in the next eight days."

In an interview with Fox Business Network earlier Tuesday Bolton had said the deadline was eight days, but he revised it to three in the Israel Radio interview, saying Iran and Russia had announced they would begin fueling on Friday.

"It has always been optimal that military force is used before the fuel rods are inserted," Bolton explained. "That's what Israel did in Osirak in 1991, and when they attacked the North Korean reactor built in Syria." Israel bombed the Osirak nuclear reactor in Iraq in 1981, and a Syrian reactor in 2007.

By tomorrow, Israel may have only six hours left to bomb Iran! Then, by noon, it will be too late. Iran will destroy Israel with Russian fuel rods, and it will all be because of Barack Obama's cowardly refusal to block construction of the 9/11 terror mosque.